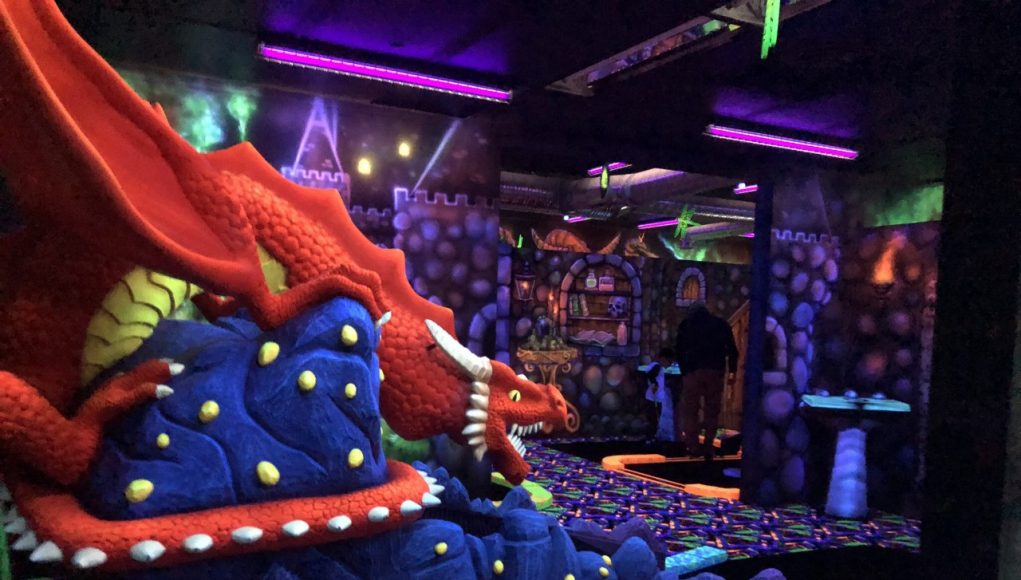 Have you been spending way too much time with Netflix and your couch? It’s normal to hibernate at this time of year. But it’s also good to take off those pajamas once and a while and go out and be social.

Here’s a few places around town that can help shake off those winter blues and get the whole family having fun together:
Wizards, dragons and fairies are just some of the things you’ll encounter under blacklights at Roll N Stones Fun Centre in Penticton.

The mythical-themed nine-hole mini golf has surprises around every corner and with every swing and opened just in time for winter. 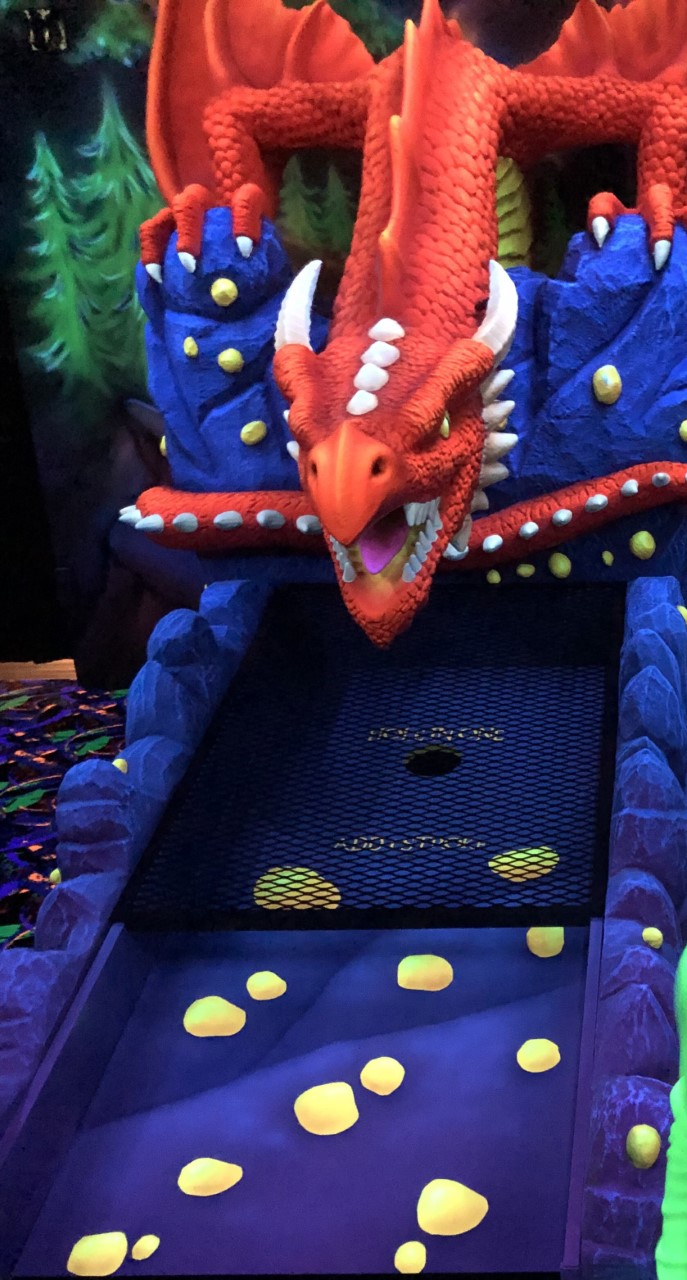 Owners Melissa Kolbe and Darren Hafftor have gone all out to bring visitors that wow factor.

“We want to give Penticton a full entertainment centre. We wanted to give people somewhere to go and have fun during the dull days of winter and also a place to come in and cool off in the summer,” said Melissa.

When the weather heats up, and the smoke sets in, going indoors to a place like Roll N Stones is a big draw for tourists and locals alike, she said. As for winter, this gives people something to do.
“The mini golf was the right decision. So far, we’ve been open since December and we’ve heard nothing but positive comments about it. It’s perfect fun for families, for date night, for corporate parties, birthday parties,” she said.

When they decided to build the blacklight course, they searched the internet and found a company based out of Edmonton who could make the course. 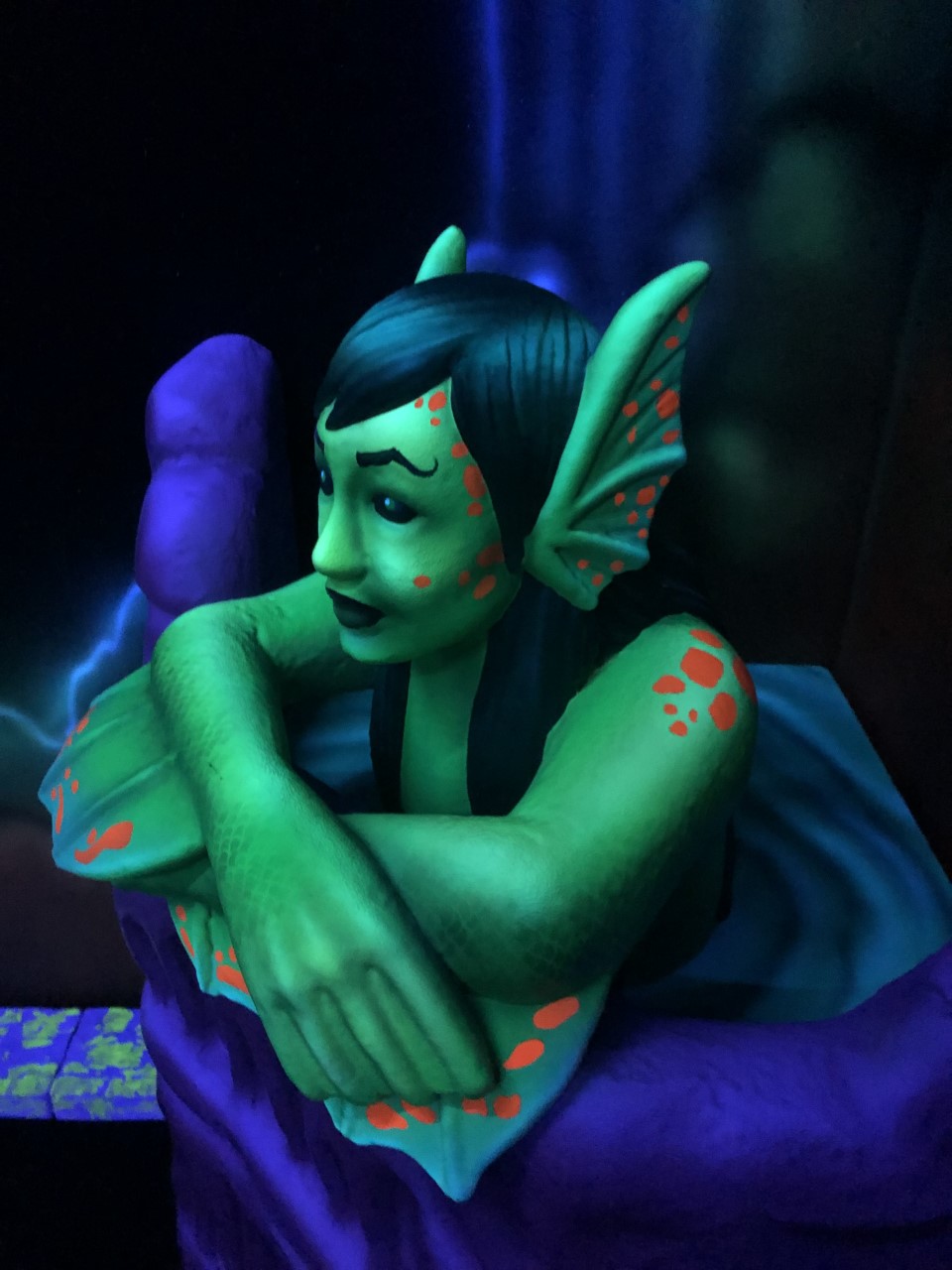 “There aren’t many people in Canada that do this kind of thing,” Melissa said. “They built the props and they had a painter come from Boston to paint the whole course. He is amazing. We couldn’t be happier with the magic work he did,” she said.
They said it was hard deciding on a theme because there were so many to choose from.

“My husband collects dragons, so we chose the mystical theme. Everyone loves wizards and dragons, from the popularity of Harry Potter and Lord of the Rings,” she added.

The painter even added his interpretation of Melissa, painted as a mythical archer shooting an arrow at a dragon, she said.

“That was a surprise to me. But there I am between hole five and six, with a tiny waist and big boobs, looking very powerful. I told him I appreciated his rendition of me,” Melissa said with a laugh.
Each hole has something unique to offer and see. The final hole requires you to putt the ball into a dragon’s mouth to win.

“We really wanted to create a course that was challenging and different, but not too challenging that kids wouldn’t enjoy it. I think we’ve really achieved that,” she said.

A round of golf costs $9 for a child and $11 for adults. It’s half price for every round after that. 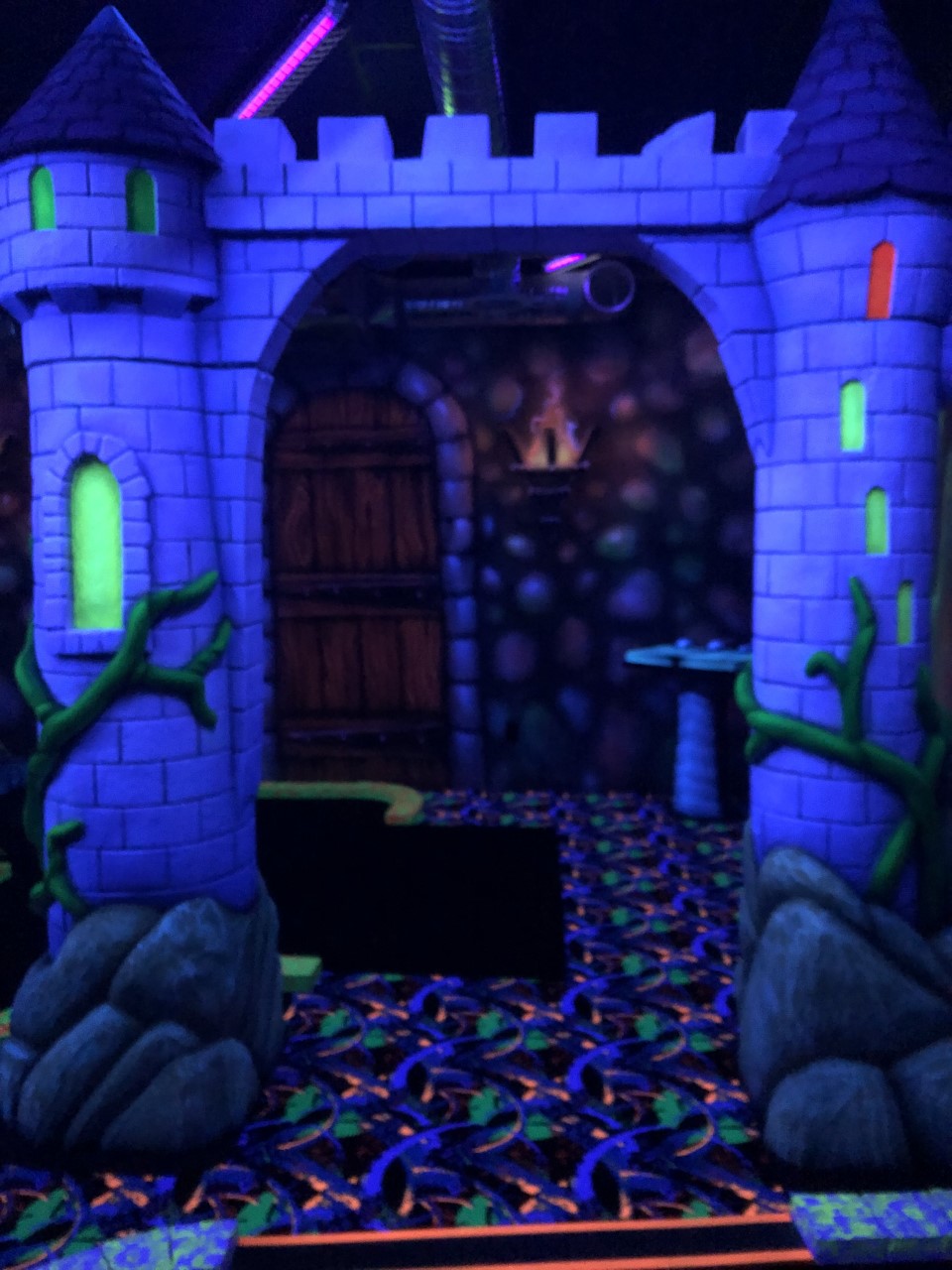 Roll N Stones Fun Centre is a full bowling alley, with glow in the dark bowling every Friday and Saturday night from 6 to 8 p.m. when they crank up the tunes and have some fun.

Glow in the dark bowling also takes place every Sunday from 3 to 5 p.m.

They also have a fairly large arcade, with some classic games as well as air hockey and strength test game.

They’ve added darts to the centre too.

“We have drop in darts on Wednesdays. There is actually a pretty big dart community in Penticton including me,” Melissa said. Roll N Stones Fun Centre is at 1035 Westminster Avenue.

Check them out at www.rollnstonesfuncentre.ca
There is other places that want to help you have fun with the family.

In Kelowna, there is an indoor water park called H20 – featuring indoor surfing wave, three waterslides, diving boards and a lazy river. Check it out h20kelowna.ca

Channel your inner child at Scandia Golf and Games – they have all the classics like Pac-Man, Space Invaders while also featuring plenty of newer ones too like BumbleBee Transformers, Terminator and Deal or No Deal. So many fun games to win tickets. They also have a jungle themed indoor mini golf. Check it out: scandiagolfandgames.com

If you want to climb your way out of winter, check out drop-in indoor rock climbing, seven days a week at Hoodoo Adventures on Ellis St. in Penticton. Super casual and fun. No harnesses, so you just find a wall and climb. Check them out hoodoadventures.ca

If you are looking to escape winter, there are two places to do that – one in Kelowna and a new one in Penticton. Check out Desmios Escape rooms and test your mind and ability to stay calm under pressure. If you want to be jump scared, we recommend the Last Evil Cabin on the Left. Check them out at www.desmios-escapes.ca

In Kelowna, Impulse Escape asks if you can escape in time? Get locked in for 60 minutes and use your mind prowess to get yourself out. Check them out at impulsekelowna.com