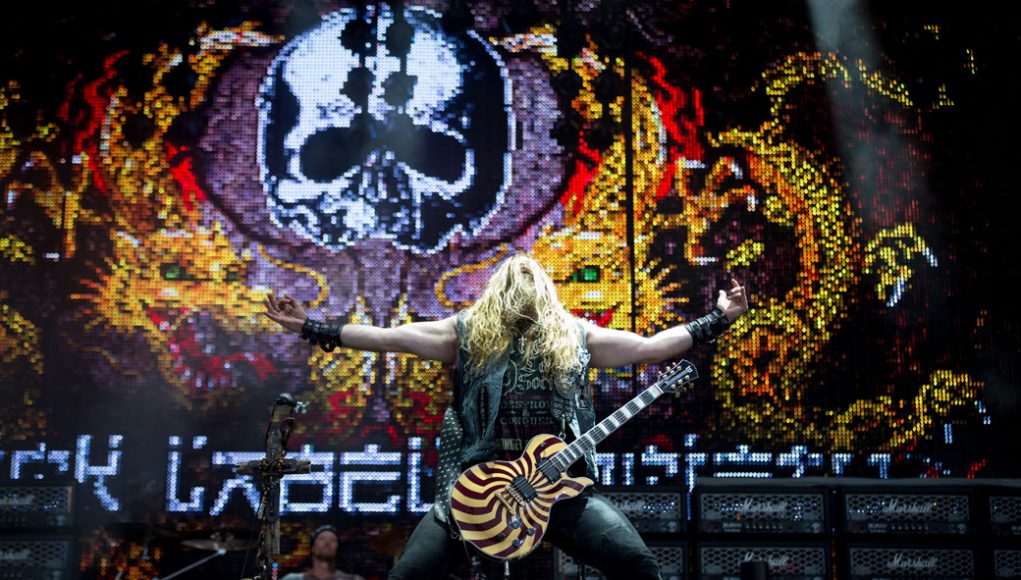 CORROSION OF CONFORMITY TO SUPPORT
WITH RED FANG / EYEHATEGOD ON SELECT DATES
ALL NEW LP GRIMMEST HITS DUE JANUARY 19, 2018 Toronto, ON – October 10, 2017 – Black Label Society have announced a hefty batch of North American tour dates today spanning coast to coast in support of their recently announced all new LP, Grimmest Hits. Support will come from legends, Corrosion of Conformity, on all dates. Select tour dates will see support from EYEHATEGOD and Red Fang. A full list of tour dates can be seen below.

Black Label Society will release their tenth full length titled Grimmest Hits on January 19, 2018 via Entertainment One (eOne). The new effort will be the highly anticipated follow up to Billboard Top 5 charting titles Catacombs of the Black Vatican (2014) and Order of the Black (2010). In-between then and now, Zakk Wylde released Book of Shadows II, the long awaited follow up from his 1996 solo debut of the same name, which debuted at #18 on the Billboard Top 200 Chart.

Room Of Nightmares is available on all digital service providers and streaming services now.  The track is also an iTunes instant gratification track, meaning fans who pre-order the album on iTunes now will receive Room of Nightmares as an instant download. The cover art and track listing can be seen below.

Wylde, now reunited with Ozzy Osbourne after an eight-year break, has played a handful of dates with whom he refers to as “the boss,” with no signs of slowing down. The reunion kicked off over the summer with a highlighted performance at CHICAGO OPEN AIR with high profile festivals like LOUDER THAN LIFE and OZZFEST MEETS KNOTFEST on deck to close out the year.

One part invading horde and all parts traveling carnival party, Black Label Society traverses the world powered by caffeine and cacophony. BLS engages and inspires audiences everywhere they go, on every radio dial they burn, inviting all comers to join in and participate in their brotherhood and sisterhood of hard rock and vigor.