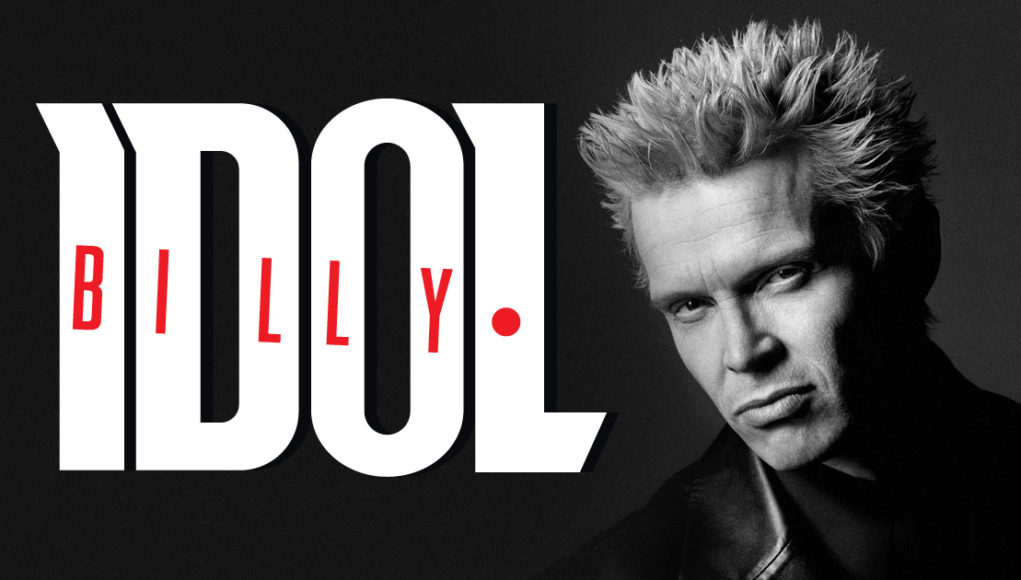 May 2, 2016 – Rock icon BILLY IDOL will bring his 2016 North American tour to
Prospera Place in Kelowna. Idol’s show is amongst the latest to be announced on Idol’s
“Kings & Queens Of The Underground Live” World Tour which has been touring the
globe for over more than a year.

Billy Idol’s selfwritten autobiography Dancing With Myself was released in October 2014
by Touchstone, an imprint of Simon and Schuster, and immediately reached the New
York Times Bestseller list.

Idol’s first studio album in almost a decade, Kings & Queens Of The Underground, came
two weeks later on BFI Records via Kobalt Label Services. The album was primarily
produced by Trevor Horn, with Greg Kurstin also contributing as producer to two songs,
including the anthemic lead single, “Can’t Break Me Down.” USA Today declared “w ith
its punkish drive, sneering vocals and roaring Steve Stevens guitar, Can’t Break Me
Down could have made a great followup to latterday Idol hits.”

Sarah Rodman of the Boston Globe reviewed a 2015 show in Boston : “The lip still sneers,
the fist still pumps, the platinum blond dye job is still sculpted into tiny spikes, and the
songs sounded great. Not smirky, guilty pleasure “Oh, weren’t we silly in the ’80s!” great
or (only) nostalgically great, but just plain great.”

For all the latest Billy Idol tour dates, updates and information, visit BillyIdol.net .
Billy Idol was an early architect of the sound, style, and fury of punk rock. His lipcurling
sneer and fistpumping persona vaulted him into the mainstream as one of MTV’s first
megastars, making him one of the most recognizable faces in pop music, while selling
out arenas everywhere he played. He has sold 40 million albums while scoring
numerous platinum albums worldwide, nine top forty singles in the U.S. and 10 in the
U.K. including “Dancing With Myself, “White Wedding,” “Rebel Yell,” “Mony Mony,” “Eyes
Without A Face,” “Flesh For Fantasy,” and “Cradle Of Love.”

Billy was responsible for some of punk rock’s most memorable, literate, and evocative
moments and created a pioneering new sound by bringing the spirit of ’77 to the dance
floor, going on to fashion an immediately identifiable musical blueprint that integrates
clubland throb, rockabilly desperation, and rock’n’roll decadence.

Idol returned to the spotlight in the fall of 2014 with two high profile releases that mark
the latest chapter in the long and remarkable story of a musician, an inventor, a survivor,
a father, a son, a man who returned from the brink, and a rebel whose yells made the
mainstream sit up and pay attention.

On October 21, 2014 BFI Records released Kings & Queens of the Underground , Billy’s
first album of new material in nearly a decade. The album’s palette, which includes
incredible contributions from Idol’s longtime collaborator and lead guitarist Steve
Stevens, will be instantly familiar to lovers of classic Billy Idol, while announcing a firm
step into the future. Produced by Trevor Horn (with two tracks cowritten
and produced by multiple Grammy nominee Greg Kurstin), it is full of thumping, cinematic songs about
sin, redemption and the love of rock’n’roll.

Billy Idol, along with his band featuring Steve Stevens, toured the world in 2015 and has
returned to North America for more shows in 2016.