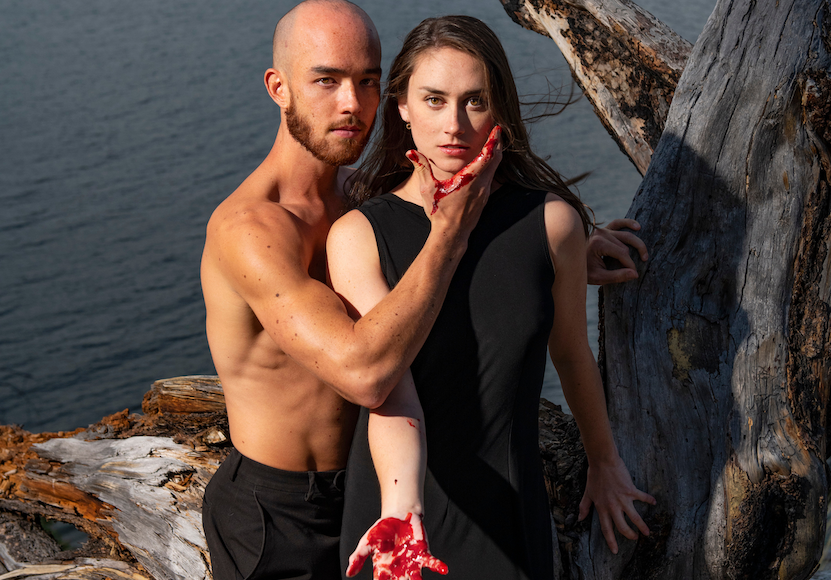 Ballet Kelowna presents the world premiere of the Company’s first-ever commissioned, full-length ballet, Macbeth, at the Kelowna Community Theatre on May 6 + 7, 2022 at 7:30pm.

Get your tickets at balletkelowna.ca

With its themes of ambition, power and corruption, Macbeth’s renowned tragedy has remained relevant throughout time. Considered one of Shakespeare’s best-loved plays, Macbeth follows the story of the titular character, a brave soldier and powerful man whose heady ambitions to Scotland’s throne turn him into a callous, yet tortured, murderer, spurred on by his equally determined wife, Lady Macbeth. As Macbeth and Lady Macbeth become hopelessly entangled by their atrocities, the pair descend into madness.

Originally scheduled to premiere in May 2020, and postponed due to the pandemic, the visceral production features choreography from Canadian choreographic star Alysa Pires, an original score by Dora Award-winning music director, composer, and lyricist Adam Sakiyama, and atmospheric multimedia visuals from Okanagan landscape artist Jane Everett.

“We are immensely proud to present one of Shakespeare’s most masterful works on the Kelowna stage,” says Simone Orlando, Artistic Director and CEO of Ballet Kelowna. “One of Ballet Kelowna’s guiding tenets is providing opportunities for female Canadian choreographers to hone their craft and share their talent, so we are overjoyed that the commissioning of Macbeth marks the first time in more than 40 years that a Canadian ballet company has commissioned a female Canadian choreographer to create a full-length work. And considering that Macbeth is choreographed by Alysa Pires, the creator of some of Ballet Kelowna’s most beloved works, we know that audiences are going to be entranced by Alysa’s gripping take on such a passionate narrative.”

Praised for her “clarity and consistency in aesthetic” (The Globe and Mail), Pires brings her signature athleticism and theatricality to this contemporary retelling of Macbeth, exploring the dark side of human nature.

This will be Pires’ fourth work presented by Ballet Kelowna, following the Company premiere of MAMBO and In Between in 2018 and Spring in 2019. A sought-after contemporary choreographer and Artistic Director of Alysa Pires Dance Projects, Pires’ most recent work Skyward was presented by The National Ballet of Canada in March 2022.

A thrilling mix of dance, music, and spectacle, Macbeth features a haunting, original score by award-winning, Toronto-based music director and composer Adam Sakiyama, whose recent composition credits include Quench (Axon Interactive) and In Between (The National Ballet of Canada). Macbeth’s aesthetics will be further enhanced through ethereal digital backdrops created by Okanagan-based landscape artist Jane Everett, whose work has most recently been exhibited at the Kelowna Art Gallery and Ingram Gallery in Toronto.

The commissioning of Macbeth has been made possible through the generosity of Leadership Giving Donors Dr. Adrian Bak and Patricia Ainslie.