Home GO! - Music General Back on the block with the Bizkit 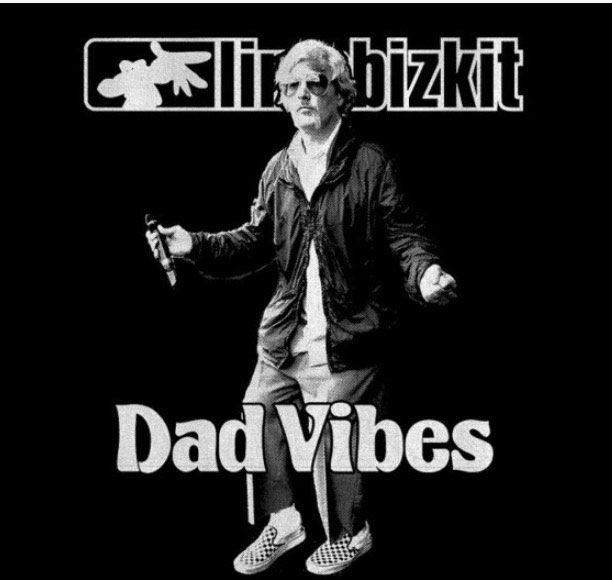 Fred Durst may be on to something with his new Dad swagger.

Limp Bizkit is back and if you haven’t seen them live on stage by now maybe check them out.

They were up there performing live at the 2021 Lollapalooza in Chicago this past summer.

I had to do a double take. Seeing Durst dressed up, looking like an old man, grooving instead of jumping or stomping and spitting and screaming somehow changed my perspective of the once fire breathing, hip hop laden, nu metal yellin, break stuff anthem, fire inducing, plywood crowd surfing band of the 90’s.

No way. This is something new and I like it.

Wes Borlin, the band’s lead guitarist, looks like a 2021 reboot of the Predator. He seems just as eccentric as I remember. DJ Lethal was up there too and their live presence on stage is undeniable. Look at the crowd. What pandemic? It’s starting to look like we’re almost back seeing a crowd like that. Hearing the band and seeing them perform really brought me back. It was kind of surreal and I was more curious than anything to see what was in store when rumours began to spread about they boys coming back and dropping a new record. 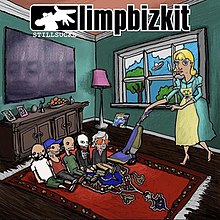 Well, this past Halloween, Limp Bizkit released their latest album, ‘Still Sucks,’ and I gotta say, it ain’t too terrible.

In fact, I found myself turning the dial way up while driving on the highway. A good driving test is always important if I’m going to get into a new album. I hit the road and hit shuffle and just like Halloween, there were some tricks and treats in this bag of goodies.

‘Dad Vibes’, the band’s first single, is a fun, catchy, flow-driven, 12 song ensemble and Durst hasn’t lost that rhythm. The whole band comes alive on this one.  Personally, I always dug the Hip Hop beats to Limp Bizkit. Durst, in his grey wig, creeper-van mustache, loafers, flood pants, and red, retro sunglasses seemed to be right at home in front of thousands of people again. He has that swagger and you can sense a more mature quality to the music. 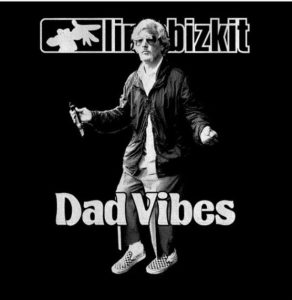 Songs like, ‘Dirty Rotten Bizkit,’ really blend the 90’s nu metal and dancing quality LB has been notorious for. ‘Snacky Poo’, a tongue and cheek, social critique is a fun piece of music with a groove that will have you nodding involuntarily. It’s like hooks and worms. It’s catchy. I noticed it while driving. What was happening to my shoulders… totally beyond my control.

The lyrics are sometimes on point. “I’m bringing out the fixings. Too many to mention. Bringing back the 90’s to ease up on the tension.” Sometimes the lyrics leave me shrugging my shoulders. “New kid back on the block with a riff. Dad got the sag in the back with a drip. Come  and get a sip. La-di-da.”

Sometimes the lyrics leave me laughing out loud. Very cheeky. Like the song, ‘Love the hate,’ where Fred Durst is making fun of himself. “His raps suck like a vacuum bag. Damn, that’s what’s up, my G. He’s the worst white rapper that’ll ever be. Haha, sure as f#ck ain’t no Eminem. Looks like he’s got Drake’s pubes on his chin.” What? That’s funny.

The opening track, ‘Out of style,’ pulls you like a pack of wolves right back to their roots, steeped in that 90’s aggression and as the song continues, it mellows out. Then there’s the tricks of the album. Fred Durst singing a ballad? Just him and an acoustic guitar? Two of them? It’s like finding cotton candy in the Halloween candy bag.  Like I said, it ain’t terrible, but it sure is different then some of the bangers on this album.

Overall, I gotta say I was impressed with the album. Like a bag of candy, there’s some tasty treats in there. Sure, like every bag of candy, there’s gonna be a toothache or two, but over all, there’s more treats than tricks dropped in Limp Bizkit’s 2021 album, ‘Still Sucks,’ and it’s great to see the Bizkit back on the block again.