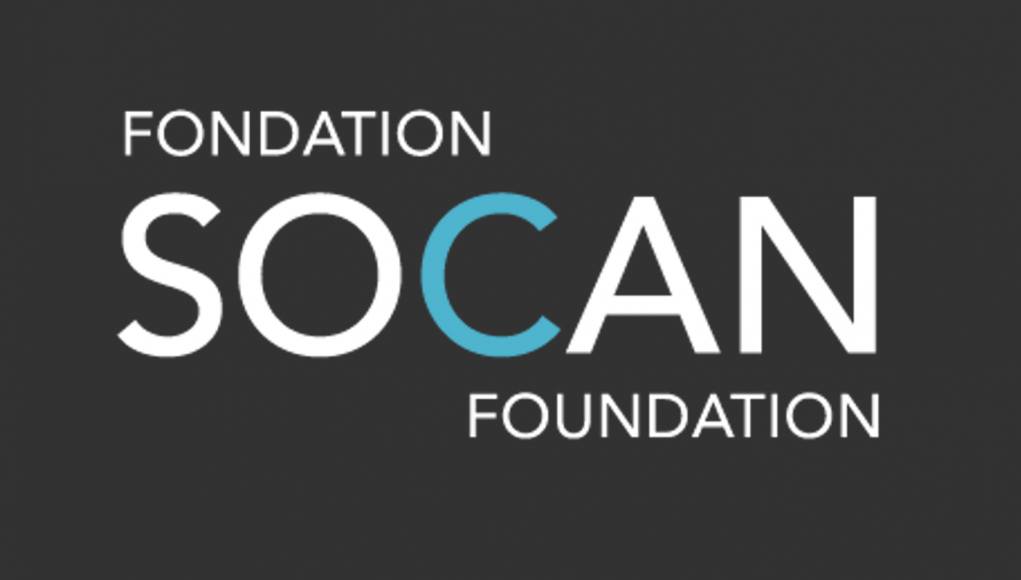 Five cash prizes of $5,000 are awarded to young creators from across the country in recognition of their exceptional work and potential. 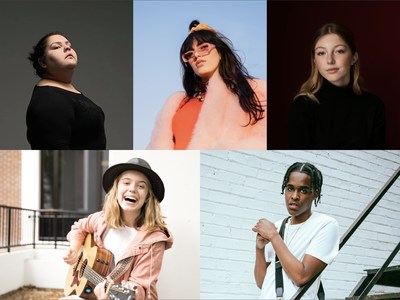 “Our collaboration with SiriusXM Canada allows us to continue to offer this award to our young music creators. Once again this year, we are pleased to be able to shine a light on Canada’s next generation of songwriters and provide them with financial support at a critical time in their careers,” says SOCAN Foundation Executive Director Charlie Wall-Andrews.

Congratulations to the winners:

Maggie Andrew (NS) for “Honda Civic“, Pop/Alt Pop;
Hailing from Halifax, NS, now based in LA, Maggie has worked on her music full-time, releasing a handful of tracks independently, including “Stockholm Syndrome” and “Sleep 4Ever”, all of which feature a common dark, haunting melody with sultry vocals, further forming her musical identity. MAGGIE ANDREW says of Honda Civic “It’s about me leaving Nova Scotia, the old me and the old reality I used to live and stepping into a new array of self-love and confidence.”

Two Tiime (ON) for “Hood Cry“, Hip-Hop/Rap;
In just his second year on the scene, Khalid Omar aka TwoTiime, has become one of the most exciting and prolific recording artists to emerge from the National Capital Region. TwoTiime switched his focus fulltime to making music, and quickly accelerated in his new lane. “Hood Cry” is a tribute song to the late Ottawa rapper FTG Metro. The song finds the young Ottawa artist rapping over piano-based instrumental where he speaks about the struggle his community, Ritchie Street has gone through, while dealing with the loss of FTG Metro. He also expresses gratitude to his mother and raps about his come up and strong work ethic.

Angel Baribeau (QC) for “Love Is Up the River,” Acoustic;
Originally from Cree community of Misstissini, Quebec, and now residing in Montreal, Baribeau had an early start to music heavily influenced by both the musicians in their family and the biggest chart topping artists of all time. Baribeau quickly gained momentum as a solo artist in 2014 when they were selected to be featured on the first ever compilation album created by N’we Jinan; a travelling music studio program. “I had many Moms growing up. Powerful women that showed me love in the times I needed it most” says Baribeau. Their mom and other women would sing them the ‘Meh Meh Sou’ chant as a lullaby, and eventually they would come to use lyrics to communicate their own emotions.

Leah Marlene (IL, USA) for “Bedsheets,” Pop;
Leah Marlene is a twenty-year-old songwriter, artist and producer from Normal, Illinois. Growing up in a musical household, Leah started performing professionally at a young age across the midwest, throughout Canada and in Nashville as well. She has been heavily influenced by almost any genre you can imagine, and her writing is a diverse and versatile melting pot of these influences. The song Spacesuit was one of the singles on her latest album The Space Between.

Jessica Spurrell (ON) for “Bury Me,” Folk/Jazz
Jessica Spurrell is a producer and songwriter from Ontario. Drawing inspirations from folk, indie, and rock styles, her music combines warm, eclectic sounds with lyrics full of poetic feeling. Jessica’s music tells a story, one that audiences can connect with. She has performed locally and beyond, in Collingwood, Penetanguishene, Wasaga Beach, Barrie, and even in her home province of Newfoundland. Bury Me is short and bittersweet. Infused with sentiments of yearning and love, it centers the idea of constantly moving forward with the past behind us. Soft drums and simple guitar give the song an older feel, as if it were a memory. Bury Me was inspired by a line from a poem by Richard Siken

Once again this year, the jury included renowned and diverse songwriters in a wide variety of musical styles (T. Thomason, Josh Sahunta, Viviane Roy, Andreena Mill, and Rymz) sifted through the hundreds of entries to find the candidates whose writing and composition stood out the most. This year, the diversity of musical styles was better than ever.

“I was impressed to hear so many young talented writers taking a step to stand in their own creativity pulling their musical and cultural influences to the forefront. Standing outside of the box this new generation is reminding the world why Canada continues to create stars! So proud of everyone who submitted” – Andreena Mill, aka The BLK LT$

The registration deadlines for the 2022 SOCAN Foundation awards will be posted on the organization’s website in the early months of 2022.