One of musical theatre’s favorite classic comedies is back on stage at the Kelowna Actors Studio to kick off 2020 with a bang! Winner of the 1962 Tony Award for Best Musical and the subject of a famed Broadway revival in 1996 starring Nathan Lane, A Funny Thing Happened on the Way to the Forum is light, witty, and irreverent and considered by many to be one of the funniest musicals ever written. Proudly sponsored by Serenity Aesthetics, performances are Wednesdays to Sundays, February 12th to March 1st, 2020.

Tickets:
Single Tickets From:
Show Only from $56 | Dinner Tickets from $89 | Matinee Dessert Tickets from $59
All Prices plus Taxes and Fees 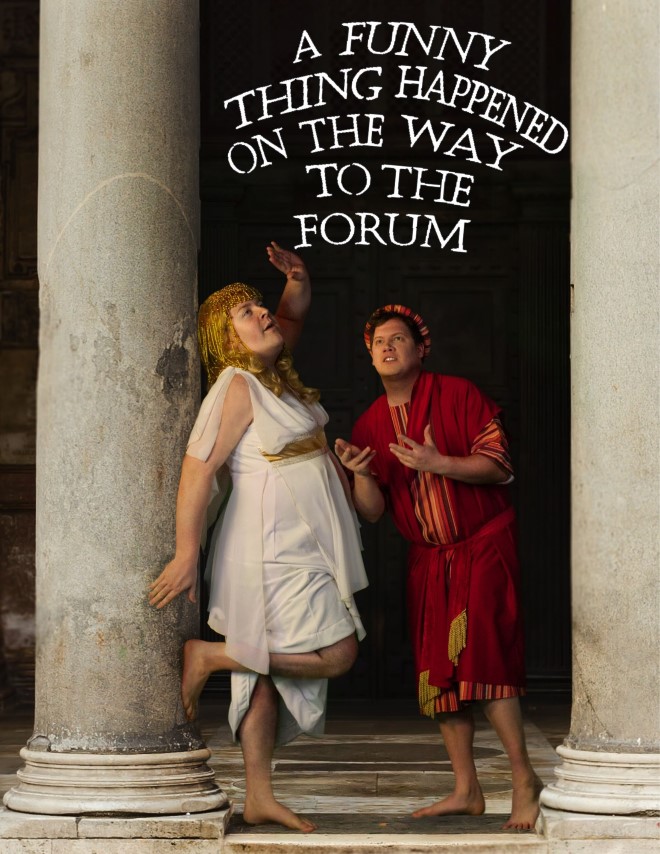 “Everyone needs to see Forum once in their life.” 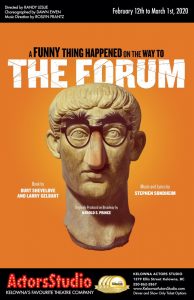 In this unforgettable, hysterical musical comedy, Pseudolus, a crafty slave, struggles to win the hand of a beautiful, courtesan named Philia for his young master, Hero, in exchange for freedom. With plot twists and turns, cases of mistaken identity, slamming doors, a showgirl or two, and secrets under every toga, Musical Theatre’s greatest farce will have you laughing all the way to the Forum with “something for everyone, a comedy tonight!”

“The show is pure fun with no agenda, amazing music, and a great way for audiences to leave their cares at the door and get wrapped up in a crazy, plot-twisting tale of desperate lovers and scheming neighbors. It’s escapism at its finest and the perfect kick-off to the new year!”

Coming off our holiday sensation Disney’s Beauty and the Beast as Cogsworth, Stephen Keppler, announcer for EZ Rock takes on Pseudolus, the role made famous by Zero Mostel on Broadway and in the 1966 film version.

Tayler Harrison plays Hysterium, the overworked and perpetually flustered slave of Senex and Domina. Victor De Feo is back as Miles Gloriosus, the army captain who has purchased Philia to be his wife.

Jason Casey as Erronius, an old man who wanders the hills of Rome searching for his vanished children.

Tickets are on sale for A Funny Thing Happened on the Way to The Forum at Kelowna Tickets at The WorkRoom 100-2600 Enterprise Way. Single tickets are now on sale at 250-862-2867 or at www.KelownaActorsStudio.com