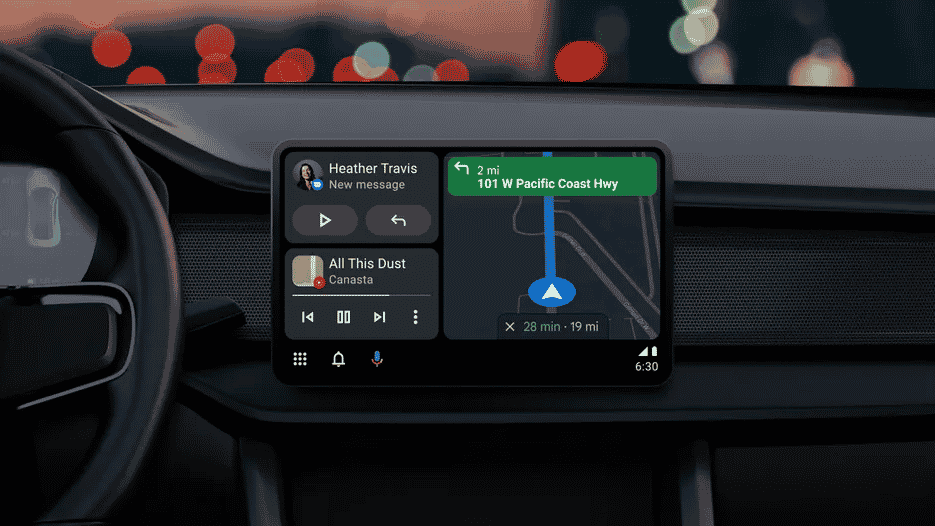 If you are an Android user who is driving with Google’s platform in your pocket, you probably saw or are using Android Auto in your car. The biggest advantage of this system is that it automatically puts all apps and navigation maps in front of your driver’s seat, embracing new developments and data as they are released.

In the latest news, Google announced that it will release a big Android Auto update this summer, allowing drivers to make the most of the available display with new split-screen options. The announcement came at the I/O 2022 conference held by Google, and the company said that it will make it easier to use as much screen real estate as possible.

As seen in the video below, Android Auto will adapt dynamically to any screen size or shape and include a new split-screen user interface. There will be tiles for the kind of apps you’d want

to use while driving, reinventing the entire experience again and making Android Auto even more practical than before.

The new features come as groundbreaking to users, mostly because of the huge chunks of space occupied by apps like Google Maps. Even though that’s understandable as these apps are very practical and something drivers need to see while driving, Google will now offer even more, auto-arranging apps next to the navigation tile.

Besides these new updates, Google hinted on new music playback and quick messaging features, making Android Auto potentially distracting to some drivers. However, the new UI offers a lot of features that will also be controlled by voice, minimizing any distractions while driving. Google Assistant will also deliver contextual suggestions in the new design, making it easy to go for the feature you want without thinking twice on how to find it in the settings.

Google did not announce an actual release date for the new Android Auto, but a design update should roll out this summer.