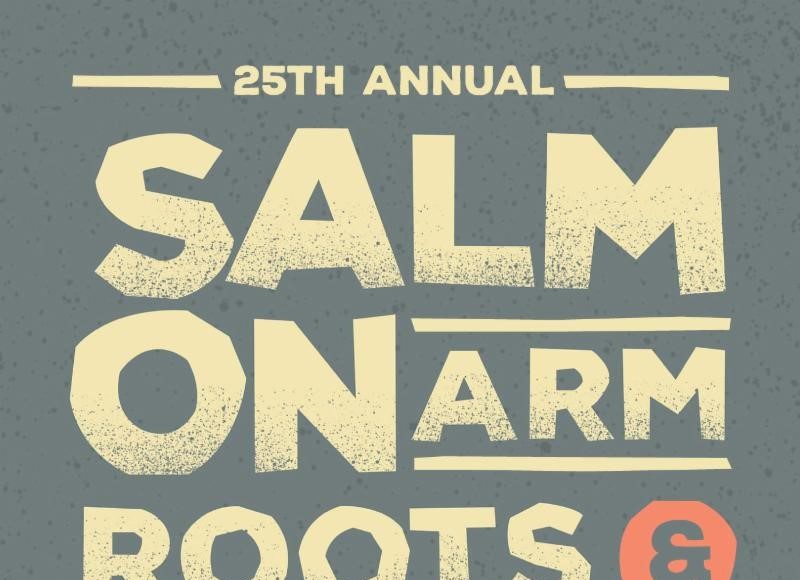 Yes the countdown to ROOTS&BLUES 2017, our 25th ANNIVERSARY, has officially begun as early bird tickets are now on sale for the weekend of August 18 thru 20.Coming off a very gratifying year that was financially successful and artistically satisfying we have been hard at work since the last note was played at our volunteer party.To that end we are pleased to announce that Booker T. Jones- one of the legends of soul, funk, R&B and American groove music- will be one of the headliners at the 2017 Salmon Arm ROOTS&BLUES Festival.Led by Booker T., Stax Revue and A Journey Thru Soul, Blues and R&B will be closing the main stage on Saturday August 19 with his 10 piece all-star band. The onetime leader of Booker T. and the MG’s, composer, bandleader, producer, singer, ace keyboard player, and Americana music pioneer is also a Rock and Roll Hall of Fame inductee.Then there are the multiple Grammys Mr. Jones has been honored to receive, the latest coming in 2012 for his The Road from Memphis album of which No Depression magazine felt is an, “album that makes clear not just how important Jones’ once was — but how important he still is.”ROOTS&BLUES artistic director Peter North feels, “that the festival has a lot to celebrate in August 2017. Twenty-five years is quite an accomplishment and says a lot about the audiences thru the years.” Then there’s the commitment of the community to the event, and the passion that was in place from day one when the festival was born in a community hall. The quality of artists who have pulled off the Trans Canada Highway or flown from all over the world to connect with music fans from all over the province, the Pacific Northwest, and points east has been impressive since the first notes were played.”It is also our nation’s 150th birthday. Programming will reflect the deep pool of talent we have to draw on and we want to share as many Canadiana roots music traditions as possible,” added North.Along with Booker T.’s Stax/Soul Revue, ROOTS&BLUES also announces a handful of additional acts that will be part of a 40 act bill.Acclaimed American Jeffrey Foucault, who the New York Times calls, “contemporary and timeless”, and 21 year-old Prince Edward Island tunesmith Dylan Menzies, are the first announcements out of the gate in the singer-songwriter category.Red-hot blues pianist/vocalist Kenny Wayne and his five piece all-star band, and American gospel/country blues powerhouse, the Rev. Robert Jones, will be holding court at the CBC Blues Stage.The ears of bluegrass fans should perk up quickly with the announcement that Claire Lynch, a three time winner of the International Bluegrass Association’s Female Vocalist of the Year Award, will be spending the weekend at ROOTS&BLUES.To quote Linda Ronstadt, “Claire Lynch is a rare talent. She has a beautiful, effervescent voice, which can handle both contemporary and traditional music with complete authenticity. I love to sing with her.”The initial release of artists for the 25th Annual ROOTS&BLUES has a strong foundation of talent that will include artists playing Celtic, African, jam band, newgrass, stringband, reggae and Cuban music over the course of the festival.Ticket Info: Purchase a Salmon Arm Roots and Blues membership for $15 and you can purchase up to 4 discounted Early Bird Member tickets: Adults $119, Youth (13-19) $40, Student (20-25) $79, and Senior (65+) $99. Camping available. Go to www.rootsandblues.ca for more information.