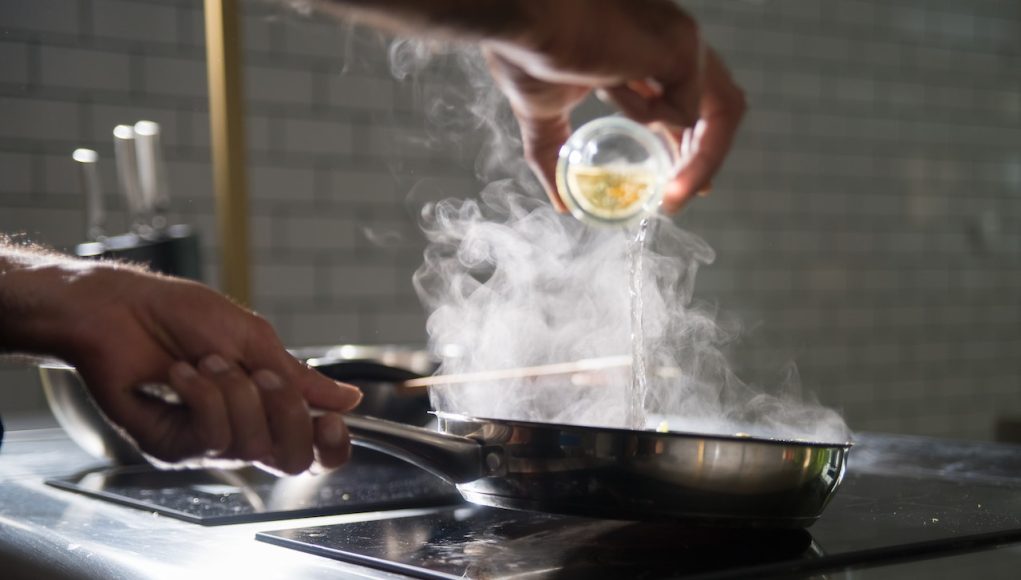 Cooking with gas has some advantages over cooking on conventional electric stoves, as gas stoves heat and cool instantly. But it’s not difficult to prepare amazing meals on an electric range, and efficient induction ranges offer even more versatility than gas — without the problems.

Those problems are significant, from household pollution to global heating. Gas stoves release dangerous pollutants into homes, buildings and the atmosphere, including nitrogen dioxide, carbon monoxide, formaldehyde and particulate matter.

A recent analysis of 27 studies on the effects of gas appliances on children concluded 12.7 per cent of current childhood asthma in the U.S. can be attributed to gas stove use — ranging from three per cent in Florida to 21.1 per cent in Illinois. (The percentage of homes with gas stoves is much higher in Illinois than in Florida.) About 40 million U.S. households, 38 per cent, have gas stoves.

The U.S. Environmental Protection Agency found nitrogen dioxide concentrations are 50 to 400 per cent higher in homes with gas stoves than homes with electric appliances.

Nitrogen dioxide can cause cardiovascular and respiratory problems and exacerbate illnesses like flu and COVID-19. As a Vox article notes, “Outside, the EPA would consider the level of NO2 produced by the stove illegal. Inside, though, there is no regulation.”

Gas furnaces and water heaters cause less indoor air pollution because many jurisdictions require them to be vented outside — contributing to outdoor air pollution and climate change. (Research shows buildings in California emit more nitrogen oxides than power plants, and almost as much as cars.)

So-called “natural” gas is almost entirely methane, a greenhouse gas pollutant about 80 times more potent than carbon dioxide over the short term. All along the supply chain, from extraction and production to transportation and use, considerable amounts of it escape into the atmosphere.

Health issues around gas appliances have been known since the 1980s. But as with other problems fossil fuels cause, industry has put considerable resources into downplaying or denying the dangers, and into promoting gas appliances.

Those efforts are heating up as many jurisdictions consider banning gas stoves for new homes and buildings. The tactics are wide-ranging: massive ad and “influencer” campaigns, fake grassroots groups and supporters (known as “astroturfing”) to support gas over electric, lobbying politicians and, sometimes, outright threats. Even the term “natural gas” was coined back in the 1930s as a way to portray it as a clean, affordable fuel. As a Mother Jones article points out, industry also adopted the slogan “cooking with gas” in the 1930s.

The advantages of cooking with gas over conventional electric are mostly about convenience, and newer induction stoves, which use magnetics to heat, are more efficient, safer and better for indoor and outdoor environments. They’re also not subject to the volatility of fossil fuel markets.

But as with other problems fossil fuels cause, industry has put considerable resources into downplaying or denying the dangers, and into promoting gas appliances

However, shifting to electricity in all areas of our lives also means using cleaner sources, such as wind and solar. The main disadvantage of induction stoves is that they don’t work with all types of cookware — including copper and aluminium — but even that can be overcome by placing those pots and pans on a suitable metal heat plate.

Not everyone can immediately replace their polluting gas appliance, but incentives, regulations and building codes can ensure gas becomes a thing of the past. Of course, if you continue to use a gas stove, you should vent to the outside, or at least keep windows open while using it.

As with fossil fuels wastefully burned in cars, gas for cooking was never really about efficiency or affordability. The goal was to get people to buy and burn more to enrich the most profitable industry in history. Instead of recognizing the true value of these limited stores of concentrated solar energy that took millennia to create, our growth-driven economic system has long relied on burning them up as quickly as possible.

Its’ time to change that, for the health of our children, ourselves and the planet.

Fossil gas isn’t natural, and it’s not a climate solution