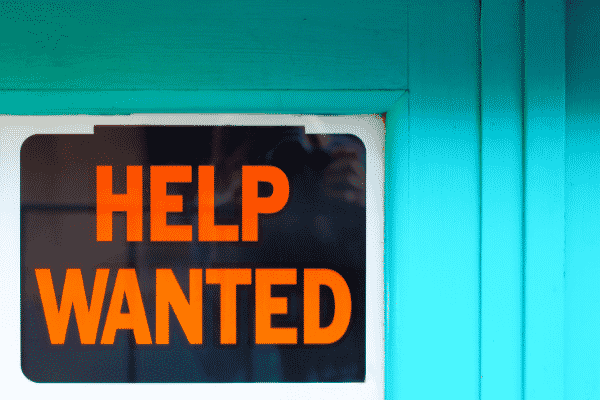 Has the world gone lazy or am I just getting old and crotchety like many seniors do?

After two plus years of COVID-19 shutdown, many businesses surviving the pandemic are emerging from the no-income nightmare hoping to somehow bounce back. Certainly there is a willing populous pleased to help by venturing out for dinners, socializing, and purchasing items they have long desired to shop for. Sadly, however, many business operators are now struggling to find workers.

It seems everywhere I’ve ventured the past month, I’m seeing signs in windows, online, or hearing people lament they can’t find workers or employees now that their world is back rolling again. The food industry is particularly impacted with no staff to either serve or prepare food. Many facilities have limited menus because they cannot find kitchen staff. The same with retail where finding a salesperson in any store is as frustrating as the proverbial needle in the haystack.

During the lengthy pandemic and its subsequent lockdowns and quarantines millions of jobs were lost or greatly impacted. Many of those job sources eventually collapsed – the related employment lost forever; however, some businesses and workers adapted – including switching to delivering products, take out services, drive-through shopping, and online.

Thousands of workers turned to the internet as their new work source, car or office. Zoom, Teams and other resources helped fill the void creating a whole other emerging industry. Many of those online jobs will remain, yet several are now returning to old format or simply disappearing. Hard times are ahead as SERB fades away and employment numbers increase while jobs remain vacant.

How are people surviving if not working?

Minimum wage continues to climb yet so many jobs remain unfilled. The logic of it all escapes me.

On a ridiculously small scale I have been cognoscente of the difficulty of finding people to work.

For the past four or five years as my lung capacity has deteriorated and I struggle to get around my ability to maintain our yard has become overwhelming. I have constantly searched the ‘help wanted’ ads, even posted a couple looking for a part-time yard worker or young person willing to cut lawns, haul dirt, and or basic landscape or grunt work. I’ve hired or attempted to through manpower, student programs, halfway houses… for someone but to little success. I had one fellow who did a great job for half a year but relapsed on his addictions.

I have been boggled during these times at the lack of interest by anyone to earn some relatively easy, non-complicated cash doing some basic work outdoors in a stress free, friendly environment.

As a youngster, I made myself some handy money cutting lawns and other yard jobs for people in my neighbourhood. I cannot find anyone, young or old, that will do the job for minimum wage or even more.

Is there anyone out there that can and will cut a lawn, move some dirt etcetera?

Is there anyone out there with a son or daughter willing to do the work?

Just as I go to deadline with this column, I have heard that rock n’ roller Jerry Doucette has died. Another musical icon has left us but not without having left his mark. Momma Let Them Play will remain an all-time rock classis. It was Doucette’s signature song and that was also the name of his first album which garnered him numerous awards. I had the unique experience of having worked with the man a couple of times, running lightshows at festivals where he played and even his own concert at (I believe) the old Kokanee Bowl. He was a tremendously talented guitar player.

While I did not know the man well I can certainly attest that he was a bit of a wild character and unpredictable as well.

Sadly imbedded in my mind brain, however, was a concert soundman extraordinaire Bill Greene and I worked together. Sitting with our equipment on a raised technician’s tower (for my spotlight and Bill’s sound board) we watched in jaw dropped disbelief as Jerry surprised many with a well intended but senseless act. Perhaps fuelled by the backstage activities earlier in the day Doucette proudly invited his young kids on stage to meet the crowd and placed them directly in front of a high stack of sound speakers. They were massive speakers cranked to full level for the outdoor crowd to hear.

Jerry then kicked into Momma Let Them Play. They were so close the volume of air pushing out the speakers literally moved the children’s hair.

I remember Bill looking at me and shaking his head in disbelief.

Greene was a highly respected soundman in the industry and told me later in all his years of work he’d never seen such a bizarre decision.

Perhaps not the best recall tale to use in a farewell column – but that was Doucette. Talented but unpredictable. Thanks for the great tunes Jerry and rest in peace.