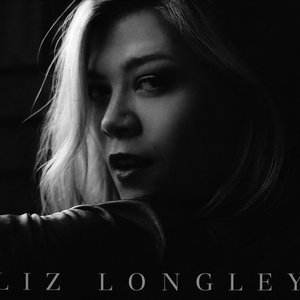 LIZ LONGLEY TAKES A BOLD STEP WITHBILL REYNOLDS-PRODUCED WEIGHTLESSOUT AUGUST 26 VIA SUGAR HILL RECORDSACCLAIMED SINGER-SONWRITER ANNOUNCES NEW SUMMER AND FALL DATESALBUM AVAILABLE FOR PRE-ORDER NOW“For an introspective artist who no longer hangs with the new kids on the writer’s block, Longley seems ready, willing and able to make the most of her lucky break.” – Huffington Post “Longley’s clearly ready to seize on stardom.” – PopMatters Toronto, ON – JULY 29, 2016 – Weightless, the new album from acclaimed singer/songwriter, Liz Longley, will be released on August 26th via Sugar Hill Records. The winning transformation of her songwriting from the personal into the universal plays brilliantly on Weightless, the highly anticipated follow-up to Longley’s eponymous 2015 Sugar Hill Records debut, which earned accolades from critics, who proclaimed the album “a thing of beauty,” (Popdose), and praised her “captivating stories set to tunes that will be running through your head after a single spin.” (American Songwriter) The album is available for pre-order now.Longley recorded the 10-song collection in Nashville with Bill Reynolds (Band of Horses, Avett Brothers, Lissie), and she is joined by a vibrant group of musicians including Secret Someones’ drummer, Zach Jones, Jimmy Wallace on piano (Gavin DeGraw, Kenny Wayne Shepherd), Dave Roe (Dan Auerbach, Sturgill Simpson) on bass, and the esteemed Kenny Vaughan (Lucinda Williams, Rodney Crowell) on guitar.Weightless luxuriates in bold pop with rock-and-roll edges. Crunchy, percussive guitars cushion the defiant songbird melodies Longley uses to deliver bittersweet lyrical punches that explore the complexities of relationships, rather than the fairy tale.While the new album’s triumphant embrace of lush pop-rock marks a musical evolution for Longley, the starkly personal lyrics and clear vignettes that have defined her songwriting to date remain. “The songs I am drawn to singing every night are the ones that carry the most truth, the ones that I relate to no matter where I am in my life,” she explains. “This record is made up of those kinds of songs.”What’s the Matter saunters into dicey relationship questions with confidence, crackling with electric guitar and vocals that are somehow angelic and menacing at the same time. Songs Weightless and Swing capture two distinct yearnings for freedom, while Electricity explores love’s invigorating and maddening buzz.By vulnerably digging into her own stories, Longley keeps giving the rest of us the words and melodies to share what we feel, but struggle to express. “In the process of writing these songs, I felt empowered and re-focused on what is important in life,” she says. “Songwriting is the cheapest form of therapy. It helps make sense of situations and emotions that aren’t yet understood. Then the hope is that it helps someone else, because everything feels better when you can sing about it.”Since the release of her self-titled album in 2015, Longley has been immersed in writing and tirelessly touring. Longley also curates monthly Concert Window performances featuring her and a special guest, allowing fans a more personal look into her life as Longley broadcasts live from her living room. She has also been invited to teach a daily workshop at Crown Guitar Festival this summer.Longley will take her intriguing “meld of folk, Americana, and pop” (AllMusic) on the road this summer and through the fall. Stops include New York, Chicago, Minneapolis, Atlanta, Dallas, Philadelphia, and Washington, DC. More dates will be announced shortly.About Liz Longley:The Pennsylvania native attended the prestigious Berklee College of Music and her first foray into music came via television, which recognized her ability to frame a scene early. Longley’s This is Not the End was featured in the 2012 season finale of Lifetime’s Army Wives, while Rescue My Heart, which was re-recorded for Weightless, made its way onto ABC’s Switched at Birth and MTV’s Scream: The TV Series. A growing audience noticed and began following Longley’s career. She’s taken home top prizes at some of the most prestigious songwriting competitions in the country, including the BMI John Lennon Songwriting Scholarship Competition, the International Acoustic Music Awards and the Rocky Mountain Folk Fest Songwriting Competition.TRACK LISTING: