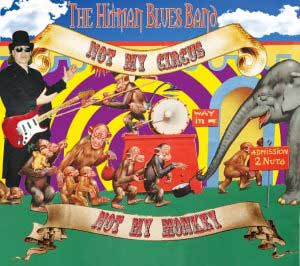 Here is the latest long player from this New York based blues band, formed in 1989 by Russell “Hitman” Alexander.  Not My Circus Not My Monkey (a phrase I use often, by the way) is solid and well balanced blues with a bit of swing, some polish and deep soul, fed by lyrics that range from light hearted to tragic fare. I’ve quickly become a fan.

The Hitman Blues Band takes the BB King route, augmenting their brand of blues with a big, juicy horn section.  Not My Circus is one of the best sounding albums I’ve heard this year, produced (I’m guessing) by Alexander with Cary Krais listed as ‘executive producer’.  I won’t list all the people involved; aside from Russell Alexander, between band and special guests 12 musicians are involved here, yet the songs don’t sound crowded.  Some great guitar solos yes, but excellent sax and organ solos here too.  Everyone pulls their weight, but without stepping on anyone else’s toes.

Not My Circus Not My Monkey is 11 tracks in all, mostly original material mixed with a couple of startlingly excellent remakes.  When it comes to cover tunes the instinct is to stick close to the original arrangement or vibe, particularly in the blues- unless you’re a Hitman.  This disc includes a complete reworking of Blind Willie Johnson’s Nobody’s Fault But Mine that includes new lyrics that stay true to the spirit of the original, and it’s one of the coolest versions of that song I’ve ever heard.  Their take on John The Revelator is equally engaging, and when I first heard this version of Dylan’s The Times They Are A-Changin’ I almost didn’t recognize it- but I like it.  You’ve got to have gigantic balls to mess with a Dylan number like that and have people go “wow”.

From powerful takes on the Blind Willie and Bob Dylan songs just mentioned to the heartfelt 50’s-style ballad Everybody But Me, Not My Circus Not My Monkey really covers all the bases when it comes to the blues.  This is hot stuff.

KEY CUTS: Nobody’s Fault But Mine, Everybody But Me, No Place Like Home 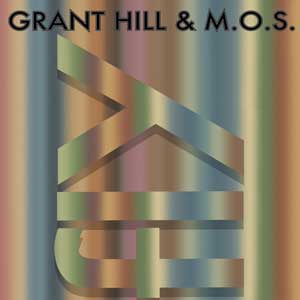 A jaunty, relaxed and personal experience is what Grant Hill’s debut album is.  Fly has much in common with electric groups like Sister Hazel, coupled with the superior songwriting of, say, Paul Simon.  I got a handful of these songs last fall, but there’s really nothing like sitting down with the whole album from start to finish.

Growing up in Western Canada, Grant’s musical talent and passion for songwriting surfaced in 2002 while he was hanging out at Venice Beach in California.  According to his website he was living fast and hard at the time, and when you couple that with a willingness to express himself in deeply personal ways through his music, you end up with a group of songs that invite close scrutiny and examination.

All of the songs on Fly were written by Hill, sung and performed by him too with the help of a number of talented musicians.  It was recorded at the legendary EastWest studios, mixed at Rockway Studios, and produced by Les Camacho, who hand-picked the musicians involved.  Though you might not readily recognize their names they’ve worked with people like Chris Isaak, Pink Floyd and The McAuley Schenker Group.  The overall sound is layered but not cluttered, the music quite enjoyable on a purely visceral level.  When you open yourself up to Hill’s lyrics you start seeing reflections of yourself in the songs and listening becomes an even deeper experience.

In these times of social distancing I find Fly to be like an unexpected visit from someone I haven’t seen for awhile, a good friend that has some stories to share even though, like you, I’m really encountering Grant Hill for the first time.  You’ll find a piece of a melody here or a certain way of strumming the guitar there that feels almost familiar, like maybe you’ve been down this road before, and that’s part of Hill’s magic.  Though Fly is his debut album it feels like it’s always been a part of my collection- I really like that.

KEY CUTS: I Like Your Smile, Fly, Send Me An Angel, Moonshine 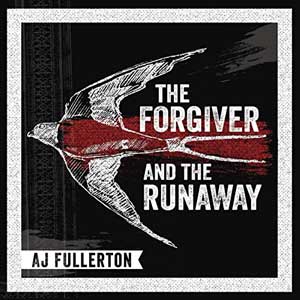 Soulful folk n blues from Colorado has just landed at our doorsteps.  The Forgiver & The Runaway, AJ’s 3rd album if I read his website correctly, is a nuanced bit of roots heaven, and AJ Fullerton’s star is set to rise on the back of this warm and welcoming disc.

Produced in Toronto by Steve Marriner of Monkeyjunk, The Forgiver & The Runaway is a combination of 10 songs written by Fullerton with 2 more from JD Taylor and Colin Linden respectively.  The album features an all-star cast of musicians including guest harmonicas players Jake Friel and Paul Reddick.  The tempo and feel varies throughout,  from the throbbing bass line that brings in Say You’ll Stay to the country tinged lament Homesick.  There’s a consistency of texture as well and just the right amount of grease in these fluid grooves- not naughty exactly, but not too far off either.  On his website he lists people like Mississippi John Hurt, Taj Mahal and RL Burnside as influences, and if you know their music at all you’ll feel it on this album too.

Though a new signing for the VizzTone label, Fullerton has received no less than 16 “members choice” awards from the Colorado Blues Society in the last 5 years including Best guitarist, Best Male Vocalist and Best Songwriter; not bad for a guy that’s just getting warmed up.  Hardware and accolades aside though, AJ Fullerton’s powerfully soulful singing and playing throughout The Forgiver & The Runaway is a seductive trip.  Listening to this is like reading a good book in that when you invest yourself and dive in, everything else around you disappears and there’s just the music.  When you find a record that hits you like that, hold it close and share it with as many people as you can.

In the bio I got with this CD it says that AJ Fullerton hails from the mountains of rural Western Colorado, and the acoustic work in particular on The Forgiver & The Runaway makes that easy to believe.  Fullerton is a gifted performer and his music is welcoming me in, just like the first time I heard Matt Andersen.   Don’t miss this one.

KEY CUTS: I Cried, Homesick, The Forgiver & The Runaway 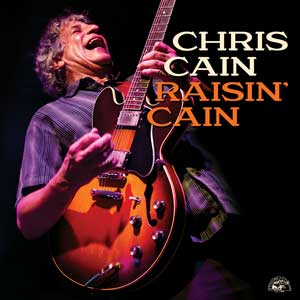 Here is the Alligator Records debut from a guitar player’s guitar player, Chris Cain.  Raisin’ Cain is maximum grooviosity powered by funky rhythms, soulful electric piano and some of the hottest blues guitar you’re ever likely to hear.

“Chris Cain? Now that boy can play guitar!” said BB King once upon a time, and that was a man that knew a thing or two about the blues.  Among the greatest compliments a musician can receive is praise from his fellow artists, and Joe Bonamassa echoes how Raisin’ Cain feels to me when he calls Chris “hands down my favorite blues player on the scene today.  He’s an absolute blinder of a guitarist, with the voice of BB King and the chops of Albert King.”  Give this bad boy just one spin and you’ll be thinking right away “I see what Joe is on about.”

I hear lots of fine blues thanks to the label and promo people that send me stuff to review and play on my radio show, and honestly I haven’t been this thrilled with a guitarist since I first heard Christone “Kingfish” Ingram’s debut a couple of years ago.  Raisin’ Cain is a bridge between bluesmen like Kingfish and heritage players like Albert and Freddie King- not a missing link, more like a combination of the two sensibilities.  Cain’s deep, throaty vocals are eerily reminiscent of BB King in the 70’s and 80’s, but the secret ingredient in this potent mix is some great keyboard work, Hammond B3 and what sounds like Fender Rhodes electric piano.

Though this is Caine’s Alligator debut, 14 albums have come before it over the last 30 years.  The Washington Post raved in the 80’s that as a hot-shot guitarist and singer he had “the maturity of old blues masters like Bobby Bland and BB King” and, like those guys, he’s only become better with time.  With Raisin’ Cain Chris feels like he’s at a new point in his career.  “I’m playing and writing better than ever before, I can say more with less” he observes. “My songs are funky and danceable and my writing is now less personal diary than in the past. I want my songs to tell universal stories.”

Raisin’ Cain connects on a personal level with lyrics that we can relate to, he’s a great blues singer, and the musicianship is exciting.  I know it’s only April but in 2021, this is going to be a very tough record to beat- it’s so very, very cool.

KEY CUTS:  Hush Money, I Believe I Got Off Cheap, Born To Play 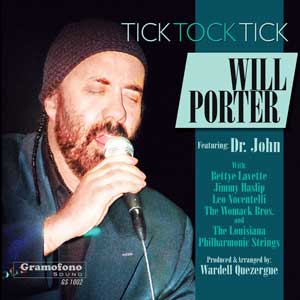 This is the reissue of a soul masterpiece, dripping with Louisiana awesomeness.  First time around in 2016 the disc was nominated for all kinds of awards, and after having a few listens now, I have no doubt that this is true.  The combination of a beautiful voice with well written tunes and choice covers makes this good for your soul.

When you put on Tick Tock Tick the first thing that hits you is Porter’s voice, a cross between Bobby Blue Bland, Bill Withers and Lou Rawls that melts your heart and that’s no guff; as a singer he really is in that league.  The disc also features Dr. John and Bettye LaVette, who bring joy and excitement to this party.  TTT has so many great performances it’s hard to single out just one, but the song that really gets me is the duet with Bettye on the Bob Dylan classic To Make You Feel My Love.   If anyone reading this review is planning to get married in the near future, I urge you to give it a listen and consider it for your first dance.  It almost makes me wish I was still deejaying weddings.

As Cascade Blues Association observes, “When all is said and done, it is Will Porter himself who shines above all else.  He possesses the kind of voice that only rarely comes around.”  There are decent singers that make you go “hey, that guy is pretty good” but when Will Porter’s baritone wraps itself around these lyrics, you feel what he’s singing as well as hear it.  The Womack Brothers and Jimmy Haslip were involved too, and you’ll hear The Louisiana Philharmonic Strings on a few of these numbers.  If I had to boil this review down to 3 words, the ones I’d pick would be “deep”, “soulful” and “heartfelt”.

It might be a cheesy thing to say, but Tick Tock Tick is like a warm hug- it makes you feel good and, when it’s over you want another one.  I don’t know the history of the original limited release in 2016 and I kind of don’t care; this disc is full of gorgeous performances and great singing… it’s wonderful.

KEY CUTS: To Make You Feel My Love (with Bettye Lavette), This California Sun, Everything’s Gonna be Alright