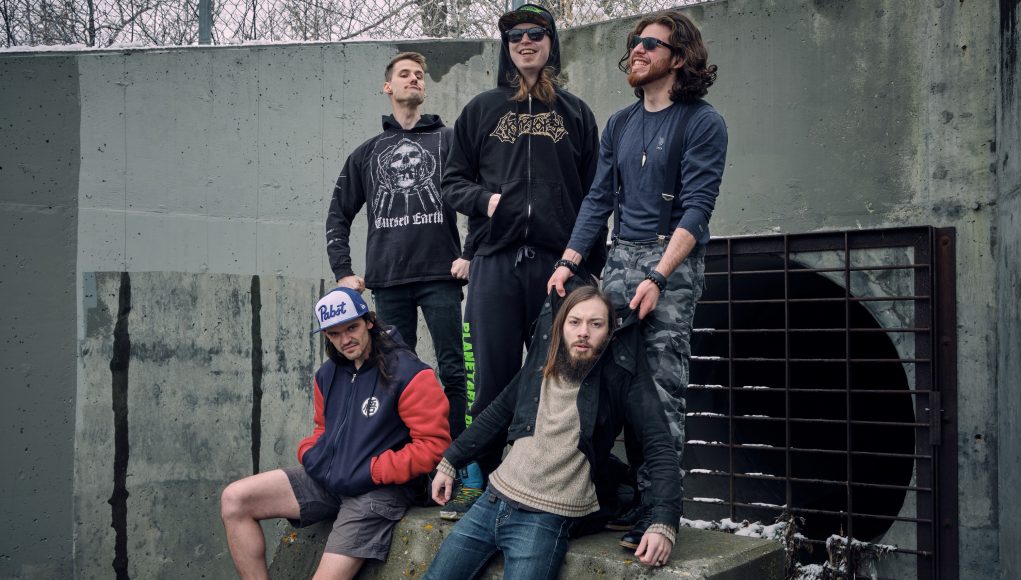 Calgary’s WIDOW’S PEAK announced they will be assaulting the masses across Canada for their first ever coast to coast tour. Entitled “The Crusty Cross Canada Cruise”, this self-booked summer tour kicks off in Western Canada on July 26th and will trek all the way to Halifax, NS and end on September 22nd in Drumheller, AB. Joining them on various segments of the tour will be Winnipeg’s Anomalism (July 26 – Aug 5), Nanaimo’s Evilosity (Aug 1-5), Saskatoon’s Skarly (Aug 11-22), Calgary’s Detherous (Aug 16 – Sept 22).

“We’re proud to announce that we’ll be embarking on a cross-Canada tour this summer, spreading filth from Victoria to Halifax, and everywhere in-between! Along for the ride are death-thrash sweethearts Detherous, the filthy, grindy duo of Skarly, BC’s wild islandmen Evilosity, and fellow tech fiends Anomalism. No city spared, no stone left unthrown; join us for the Cross-Canada Crusty Cruise!”

While many metal bands find inspiration from supernatural sources, myths, and legends, WIDOW’S PEAK find influence from true-life horror, from the depths of cruelty, terror and pain that man(un)kind so readily descends to. WIDOW’S PEAK is an aural catalog of carnage, a metallic mausoleum of pain, a sonic symphony of suffering. Their music does not reach for the stars, but rather for the cold void that surrounds them, the darkness that lives in the soul of man. Make no mistake; WIDOW’S PEAK’s ferocity is the music of the spears, metal dripping with blood, bile, and venom!

“Graceless” is a jagged and angular approach to technical death metal that fuses tales of perverse violence with the sounds of chaos. We set out to create something that’s brutal and overwhelming, but never loses sight of the underlying groove. We feel that this EP is exactly that: 20 minutes of bang-your-head, balls-to-the-wall madness that any fan of extreme metal will appreciate.” 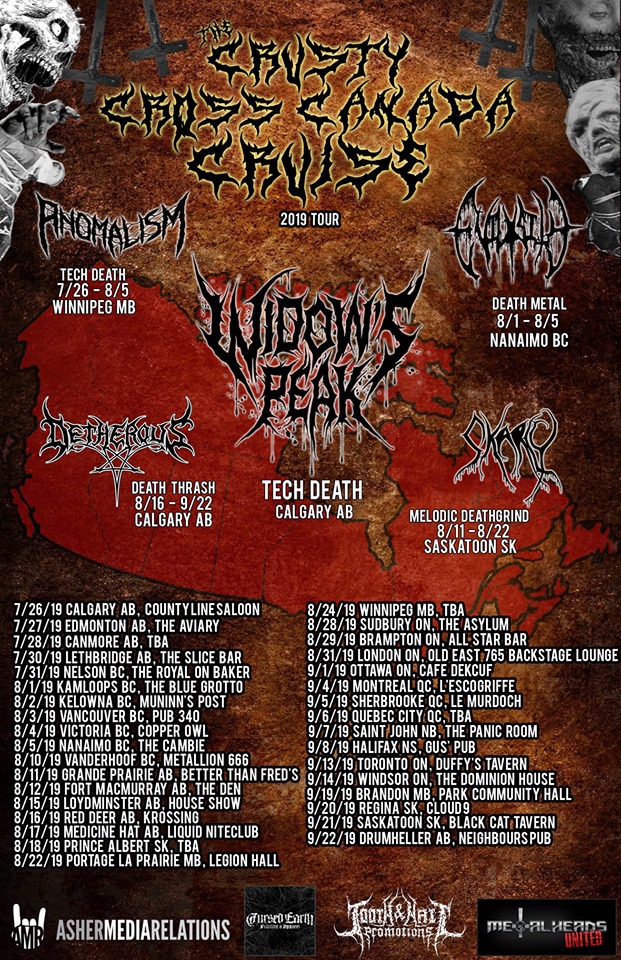