Venues and Artists Call To Action for Music Lovers

It seems the sun is setting on another music venue here in beautiful Kelowna, BC. Some of the music fans in town may have already heard that we’re losing another venue in the downtown core within the month, and promoters and booking managers are working together to accommodate all of the artists and performers that had built a following in this spot. It’s been wonderful to watch venues work together to shore up some of the difference here, but it’s concerning for all of us. This was a beloved stop for artists and fans alike.

This article, however, is not an editorial to laud the efforts of these managers & promoters – though, added on to their already-heavy workload, it is quite a task. This is an amble on the current state of affairs in our Kelowna music scene, and music scenes beyond.

Kelowna is a fantastic tourist city with all the beauty and the amenities someone could ever want or need. Everybody reading this right now knows that we have a world-class wine industry, a fantastic spa and self-care culture, and a wide variety of outdoor activities suitable for families young and old. But one of the things I believe Kelowna’s marketing is missing the mark on is our world-class music scene.

You definitely know an artist in town. Your sister, or your in-laws, or perhaps that friend you met that one time at a party. Artists have always flocked to the Okanagan in great numbers from all over the world. The lifestyle-forward approach to life suits their wants and needs quite well, the weather and the environment is full of inspiration, and we have some legendary small music venues to perform. We have some fantastic locally-operated festivals like Fireside Festival to showcase some of these acts, as well as some hugely supportive industries to piggyback off of; like the wine industry and frequent craft & farmers markets. The community of artists in Kelowna has also consistently acted as a family for most – supportive and cooperative; helping to assist others in need, developing fundraisers, and being a constant awareness generator.

But we’ve come to an interesting period in history for all artists – where consumption of vast amounts of music comes with an $8 monthly subscription, and it leaves the hard working creators short-changed with empty pockets.

I’m sure many readers saw the uproar weeks ago when the reunion of Rage Against The Machine (RATM) came with very high ticket prices. As fans we have all seen admission prices rise year-after-year for stadium shows, theatre shows, and festivals. Artists in that echelon are charging more and more for every show in order to fight their own battles – whether it’s with scalpers, changing economies, or with the fact that record sales have grinded to an almost complete and total halt. Compound these factors with steadily growing inflation, and we end up in the situation we are in right now – agape at how high ticket prices are, and often opting for the comfort of our own home instead.

Artists large & small have lost a valuable income stream for all the work that they do. Record sales disappeared like dust in the wind, and if the artists at the top of the food chain are feeling the pinch – you had better believe that those artists grinding in the corners all across Canada and the US are feeling it as well. Spit rolls downhill, as they say.

The higher-level artists – the big & famous – are able to raise their ticket prices, because they not only have tens-of-thousands of fans, promoters and some extra capital to market those shows, but they also have the social capital to set the standard. Most of my friends, if they were lucky enough, paid those high ticket prices to go see RATM play in Vancouver. It’s very likely you know someone who regularly does the same – whether it’s to see U2 on yet another retirement tour, Bob Dylan again in Red Rocks, or going to see P!nk eleven times across Europe (as was described in a recent Bloomberg article. **HYPERLINK, LINK ADDED BELOW) People will pay for these major artists as they are the standard-setters in the industry.

The simple fact-of-the-matter though, is that there is a massive disparity between these major artists, and the artists that are travelling the country on their own backs to make a living. Some days it’s like pulling teeth to get folks to simply go see an artist for a measly $10 cover per person. Not only that, but the money paid to see local shows in your community helps your community. It keeps the halls, bars, cafés and theatres alive in your community – and gives them reason to continue doing what they do!

These blue-collar touring artists are artists who are working hard and bringing entertainment to your own local halls, bars, cafés, and theatres. They don’t have a dozen support staff travelling everywhere they go, or a massive stage & sound setup with a complete tech crew to transport with them. They work very, very hard at what they do all on their very own. They sacrifice sleep, healthy routines, and relationships for their art because they believe in the story. They now have the ability to release music that is so sonically similar to the big production companies in hopes that it will make it to your ears via Spotify, Apple Music, YouTube and beyond, but often to little success. They tour to Germany – paying the same amounts for flights that we all do – because they had a small spike in plays out there, in hopes of returning with a little bit of cash and social capital. They drive 8 hours for a back-to-back show to ensure they can afford rent, utilities, accommodations, food, their own marketing costs, vehicle costs and so many more – all to tell that story. And believe it or not, they are telling your story – our story as people. You would be surprised at the substance in the words & music of these artists.

I can barely contain myself when people talk about how the ‘golden age of music’ has died, and how ’nobody writes real music anymore’. People complain about radio music and how it has no substance at all. People say they won’t go see a band because ’they don’t know them’, or ’there’s another Seinfeld rerun on.’ All of this is moot.

If you aren’t a music fan – that’s fine. But if you are and you find yourself unhappy with the state of music, the answer lays right in front of you – in those very halls, bars, cafés and theatres here in the Okanagan. As I’ve said above, we have a world-class music scene. We have local artists who work tirelessly to tell our – your – story. We have artists from all over the world who come to share their stories in our little slice of paradise. The words are sound and the music is fantastic and new.

But our venues cannot host these artists on the skin of their own backs. Just like the artists, they need support too. These artists need to be paid – and without the record sales, that responsibility comes down to all of us. If we want real art to continue to thrive in the Okanagan, and if we want our local venues to survive, we need to step up and pay that cover. Buy tickets in advance – they’re almost always cheaper that way. Save that $400 you were planning on spending on that Taylor Swift show, and instead go see Penticton’s Melissa Livingstone. You’ll have cash leftover to then go see Vernon’s Origami Army, then Kelowna’s The Carbons, and then Vancouver’s Snotty Nose Rez Kids… If any of these aren’t your thing, try Kelowna’s progressive-metal science-fiction storytellers Living Machines. There really is something for everyone. Not only that, but you’ll learn something new, you’ll be discovering new music for your playlists, you’ll be making some very special people happy – and you’ll still have cash leftover. Your kids will have real-life role models to look up to, and you won’t have to remortgage your house to just get a glimpse of them. Don’t worry about T-Swift, she’ll be fine; if you don’t get that ticket, someone else will, and she’ll be back. But that’s not the case for our blue-collar artists – we need you, and our venues need you more than ever. 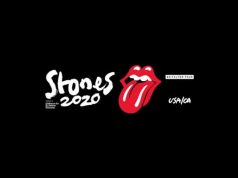 THE ROLLING STONES ‘NO FILTER’ TOUR OF NORTH AMERICA POSTPONED 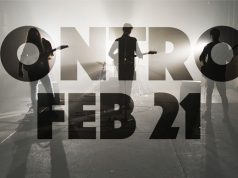