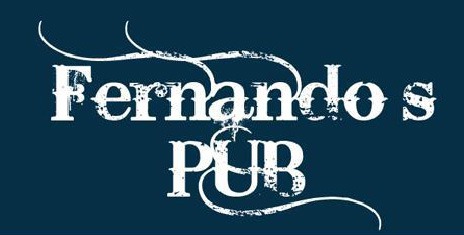 On Christmas Eve, in 2010, a venue opened up on Bernard Avenue, in downtown Kelowna – a Mexican cantina called Fernando’s Pub. Opened by owners Bernie Wilson and Louis Drummond, it has become a hot spot for music lovers young and old, and an integral part of the live music scene in Kelowna.

I call Fernando’s a cantina because of its unmistakable atmosphere. Photos and paintings of luchadors and Mexican films adorn the walls, and traditional dia de los Muertos statuettes hold vigil behind the bar. It wears a beautiful high ceiling of hammered tin, and photos of staff members, regulars and favourite moments can be found pasted everywhere behind the bar. The venue’s beloved Grandma and favourite regular, Gramma Sandy, is almost always responsible for contributing these memorable snaps in time.

Fernando’s history is relatively short when compared to iconic rooms like The Horseshoe Tavern, but it is storied. Touring musicians across the country have tales about their show at Fernando’s Pub in Kelowna. They have booked greats, like July Talk, Terra Lightfoot, William Prince, Daniel Romano, Bry Webb, Julie Doran, and The Balconies. They have given local acts like Wild Son, Floyd Meets Brown, My Kind Of Karma, Speak Easy, The Bonsais and Tiger Moon a venue to showcase and cut their teeth. Regular returning acts, like High Society, Band of Rascals, The Vidos and Leisure Club simply don’t play anywhere else because Fernando’s has become their home in Kelowna.

The bar fridges are a testament to the amount of acts the Fernando’s team has hosted – hundreds of stickers and badges from bands all across Canada, and in some cases, the world, obscure the stainless steel.

Fernando’s has been booking live music for nearly seven years now, and has become what we touring artists call a “Touring Gem.” A band can show up and perform a professional show with an experienced, built-in sound system and lighting technician and security. All band members are fed well, and given a couple drinks to help take the edge off road life. Fernando’s takes no cut from the show, and usually has a pretty strong local draw regardless of the type of music being performed. They book all types of acts – folk, country, metal, punk, pop, hip-hop, and even the occasional DJ. The focus is clearly on new, original music.

The fare is wholesome, hearty and delicious. It is a twist on traditional Mexican fare, and the chefs take the high road on traditional presentation. All of the food is handmade in-house, and the menu is incredibly affordable. A hungry music-lover can have a meal for as low as $7, affordable for even those cash-strapped students looking for a good meal. Highlights from the menu include the fish tacos, any of the burritos, and the chimichangas – although, they are only available on Chimi Nights.

Fernando’s keeps a rotating tap, which is currently featuring Lighthouse Brewery’s Shipwreck IPA, and they carry a long list of craft, domestic and imported beers in bottles, cans and on tap. The margaritas are to die for, whether you stick with the classic, or choose the fabled No. 34 – a deliciously blended avocado margarita served with a curl on top.

Fernando Valenzuela, a former LA Dodgers pitcher, is the namesake of Fernando’s Pub. His jersey number was 34, hence the name for the avocado margarita, and if you look closely you can find an old Corn Flakes box featuring Valenzuela’s smiling face on the front. When asked about the name, co-owner Bernie Wilson responded;

“To be honest it came from a song by a band called The Baseball Project, and it was all about this pitcher Fernando Valenzuela, who had this amazing breakout year with The Dodgers. After hearing that song, I was drawn to that name, Fernando’s.”

The end of 2010 was an ideal location and time for the pub to open, as it didn’t take long for the venue to become a hotbed for locals to enjoy live music of all genres. Kelowna was brimming and locals were looking for another room to enjoy touring artists. Meanwhile, craft beer was making massive leaps and gains in popularity, so Fernando’s opened up in the perfect storm.

There was a time when most touring acts tended to skip Kelowna, following Highway 1 through Kamloops and on to Vancouver. Thanks in big part to Fernando’s Pub providing a strong touring stop, this is changing.

WAZZUP NEXT? DANIEL ROMANO, THAT’S WHO!

Fernando’s is very excited to present Daniel Romano’s new project, Ancient Shapes, who will be playing on January 25th. It’s a rare ticketed event, which generally means only one thing at Fernando’s – this is a high-quality act not to be missed.

Romano is no stranger to Canada’s music scene, with seven full-length releases spanning across a broad spectrum of genres. He writes country, pop, and now, with Ancient Shapes, he is bringing the sound of punk rock, power pop and psychedelic garage together. Tickets can be purchased at Fernandos or online here.

EventBrite Tickets here! For more information on this event, check it out on our events calendar

Check out an oldie but goodie here with Fields Of Green live at Fernando’s Pub thanks to Valaura Vedan!