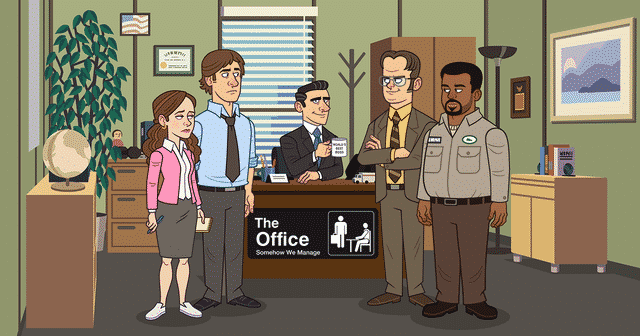 If you are a fan of “The Office,” you should try the new mobile game inspired by the TV series and created by a Vancouver-based video game company called East Side Games. The game is super popular among fans right now, topping the Apple App Store & Google Play Store download charts.

The manager of East Side Games, Josh Nilson, hopes that the success of the games will attract more people of all backgrounds to the industry. His company has already developed many similar games based on popular TV shows – including game spin-offs from the Trailer Park Boys and RuPaul’s Drag Race.

However, nothing tops the success of their The Office video game. Originally titled “The Office: Somehow We Manage,” it features gameplay where players are working at the fictional workspace Dunder Mifflin and interacting with characters. The take on reliving some of the most iconic moments from the series is what made it popular.

“We like [the games] to be an addition to the [show’s] universe that we build on,” Nilson said in an interview with CBC.

Video games are a growing industry in Canada – statistics show that 8,700 full-time jobs in the games industry were created between 2019 and 2021, which is an increase of 19%. Nilson agrees with the idea that “tech is for everyone” and keeps on motivating people to join the industry and create popular experiences like their recent take on The Office.

You can check out the video game’s official website and stay tuned for more updates.