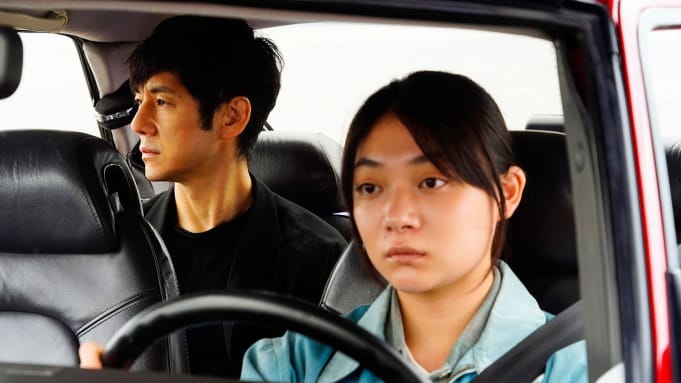 Ryusuke Hamaguchi’s Drive My Car took three top awards from the Toronto Film Critics Association (TFCA), while Maggie Gyllenhaal’s directorial debut The Lost Daughter was also a triple winner. Drive My Car, about the complicated relationship between a recently widowed stage director and the young woman assigned as his driver, took honours for Best Picture, Best International Film and Best Screenplay. Meanwhile, The Lost Daughter, a past-and-present tale of a woman living with the legacy of her maternal ambivalence, won a Best Actress prize for Olivia Colman, Best Supporting Actress for Jessie Buckley and an award for Best First Feature for Gyllenhaal. The TFCA chose New Zealand director Jane Campion as Best Director for The Power of the Dog, about a cruel rancher (Benedict Cumberbatch) and the souring of his relationship with his newly married brother (Jesse Plemons). Denzel Washington was named Best Actor for his starring role in Joel Coen’s The Tragedy of Macbeth. Bradley Cooper took Best Supporting Actor for his deranged portrayal of legendary Hollywood producer Jon Peters in Paul Thomas Anderson’s coming-of-age story set in 1970s Los Angeles, Licorice Pizza. The award for Best Animated Feature went to the animated documentary Flee by Jonas Poher Rasmussen, the story of one man’s refugee experience from Afghanistan to Denmark. The Allan King Documentary Film Award went to Summer of Soul, Ahmir Khalib “Questlove” Thompson’s restoration-project/concert-film document of the all-star performances that took place in Harlem, New York in the summer of 1969. The awards were voted on by TFCA members at a meeting on Sunday, January 16, 2022.   The membership has also chosen the three finalists for the Rogers Best Canadian Film Award: Beans by Tracey Deer, Danis Goulet’s Night Raiders and Scarborough by Shasha Nakhai and Rich Williamson. The winner of the Rogers Best Canadian Film Award will be named at the 25th TFCA Awards Gala, to be held in Toronto in March. The honour carries a record-setting $100,000 cash prize, the richest film award in the country. The runners-up will each receive $5,000. 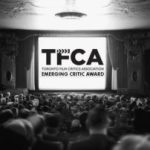 “In a tough year for moviegoing, the Toronto Film Critics’ honorees remind us of the power of cinema,” said Johanna Schneller, TFCA president. “Our awards reflect the breadth and depth of film: the spare-ness of Denzel Washington’s Best Actor performance in Macbeth, the wildness of Bradley Cooper’s Best Supporting Actor turn in Licorice Pizza and the varieties of artistry in Flee and Summer of Soul. Women won our Best Director and Best First Feature prizes. In a first, Best Actress Olivia Colman and Best Supporting Actress Jessie Buckley won for playing the same character at two different ages in The Lost Daughter. Our most lauded film, Drive My Car, is a controlled, gorgeous Japanese film about a Russian play. By spreading the wins among so many different films, the TFCA once again demonstrates our love for this art form, in all its many forms.” Yet to be announced are the 2021 recipients of the TFCA’s Company 3 Clyde Gilmour Award and the Stella Artois Jay Scott Prize for an emerging artist. A pay-it-forward award, the Company 3 Clyde Gilmour Award winner will choose a filmmaker to be the recipient of $50,000 worth of services. The winner of the Stella Artois Jay Scott Prize for an emerging artist will be presented with a $10,000 cheque at the gala.The TFCA is extremely grateful to founding sponsor Rogers Communications for the Rogers Best Canadian Film Award, to returning sponsors Labatt for the Stella Artois Jay Scott Prize for an emerging artist and to Cineplex Entertainment for the awards cocktail reception. The TFCA welcomes new sponsor Netflix as the official dinner sponsor and Company 3 for the Company 3 Clyde Gilmour Award. The TFCA also thanks sponsor G.H. Mumm Champagne and salutes stalwart supporters Zoomer Magazine, Chairman Mills and TAXI Toronto. The full list of 2022 Toronto Film Critics Association Awards winners and runners-up:BEST PICTUREDrive My Car (filmswelike)Runners UpLicorice Pizza (Universal Pictures Canada)The Power of the Dog (Netflix)