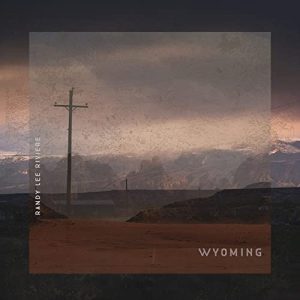 Wyoming is a rootsy blend of rock, folk and country. Lyrically it’s a cry in the wilderness aimed at monolithic corporations that exploit the land and overrun small towns in the name of profit. It is a stirring, emotional, outstanding piece of work. 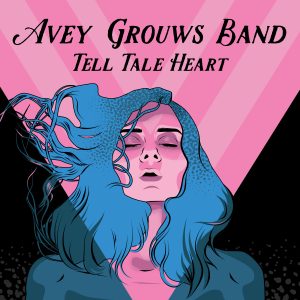 It’s the second time out for these rockers from Davenport Iowa (birthplace of The Kiss Army) and it’s impressive. Tell Tale Heart is full of grit and angst through an array of blues-based musical styles. This is rip-roaring rock & roll. 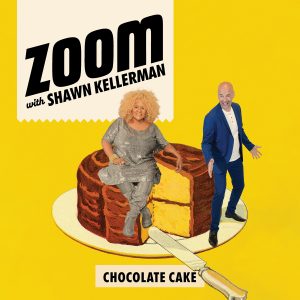 Greasy, nasty and full of attitude; that’s the kind of blues I love best, and so Zoom’s new album is right up my alley. After a couple of decades off to raise her family she’s back with Chocolate Cake, as powerful a blues album to be released this year- maybe ever. 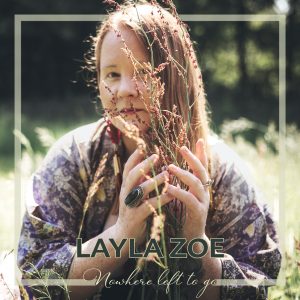 Layla’s 15th album features everything from blues to rock, folk, gospel and more, but mostly blues with rock muscle… and she absolutely KILLS it. The power and passion of her artistry made me a fan, and that continues with this record. 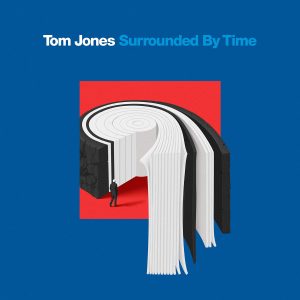 Surrounded By Time continues the late career renaissance the now 81 year old singer started with 2008’s 24 Hours- not as impressive commercially as Johnny Cash’s final run, but no less remarkable artistically. He’s choosing material that resonates with him.

HOT TRACK: I Won’t Crumble With You If You Fall 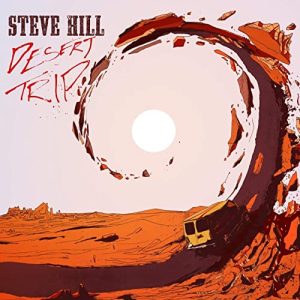 Steve’s last few records have been one man band affairs, but Desert Trip is different. Inspired by a trip to the Desert Trip Festival in Coachella these songs are evocative and cinematic. This is like an intimate late night conversation with your best friend 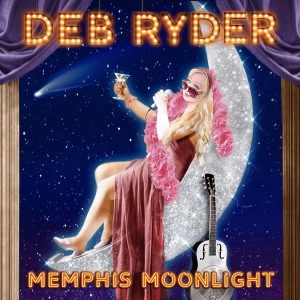 The 5th album from this blues diva is a real barn burner. Memphis Moonlight is the right title for a cool blast of soul n blues with gospel oomph and rock & roll horsepower. Forceful and dynamic this isn’t just good, it’s great. 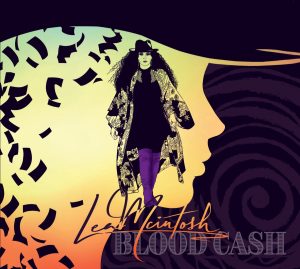 Lea McIntosh’s debut is a daring, distinctive funk-tastic good time. Blood Cash has a bluesy swagger and sway that you’ll lock into right away. With a voice born to sing the blues and a killer band, Lea knocks one over the centerfield fence with room to spare. 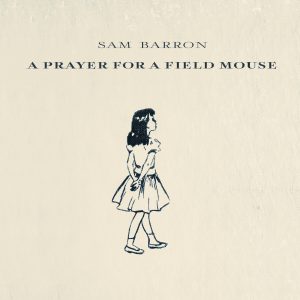 #16
A PRAYER FOR A FIELD MOUSE Sam Barron (Mother West)

I like the intimate sound of the acoustic guitar and lyrics that light up the imagination. Sam Barron’s new album A Prayer For A Field Mouse tells stories of characters with unlikely odds of success, some I can relate to, others sound like people I know. 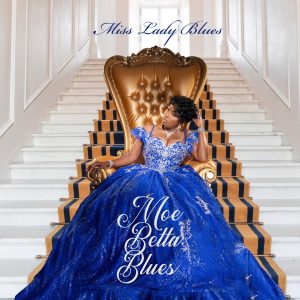 Sometimes we like a blues record for great harmonica playing or spine-tingling guitar work, and while the musicianship on Miss Lady Blues’ new record is mighty sweet she’s got a powerful and rare voice, and keeps it tight – it’s a beautiful thing. 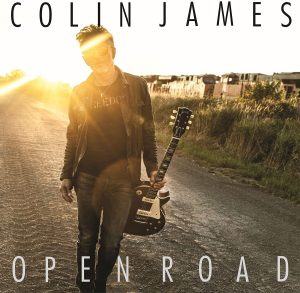 One of the cool things about the blues is how artists get better with age, often maturing like a good wine, and that’s the case with Colin James. Open Road is the Saskatchewan bluesman’s 20th album, and a great helping of blues.

HOT TRACK: Down On The Bottom 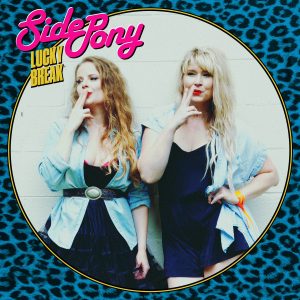 Lucky Break is shit-kickin’ music loaded with attitude and fun. These two ladies share a love for heartbreaking hooks and a punchy turn of phrase that lands somewhere between class and crass. Astounding harmonies and lively songs will make Side Pony a big deal. 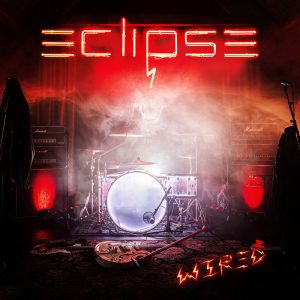 These Swedish riff rockers have just followed their most successful album, 2019’s Paradigm, with another dense and melodic bunch of crunchy deliciousness. Wired is energetic and uplifting, something we could all use a little more of for sure. 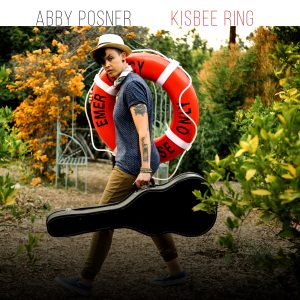 I was captivated by this immediately. Kisbee Ring (slang for a life preserver) with Abby’s delicate acoustic guitar picking and gorgeous vocal harmonies delivers dark lyrical themes to make a soul connection that leaves you breathless.

HOT TRACK: Emergency Use Only 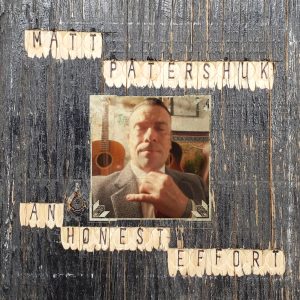 An Honest Effort is a sparse and engrossing brace of intimate stories that feel like dusty old friends come by for a visit. Matt and his wife live near La Glace, Alberta; I should’ve known this was a prairie record. 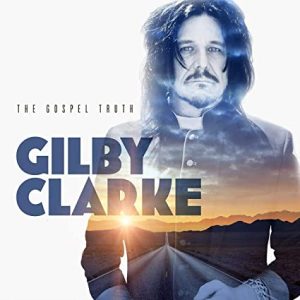 Glorious dirt bag rock & roll; what else would you expect from a guy that’s played guitar for The MC5 and Guns ‘N’ Roses? The Gospel Truth is one of the coolest rock records in recent memory; big, meaty riffs and guitar solos dripping with attitude. You need this. 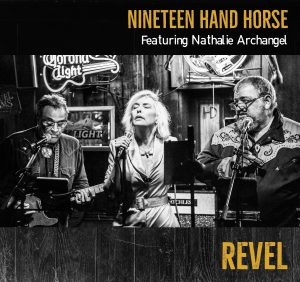 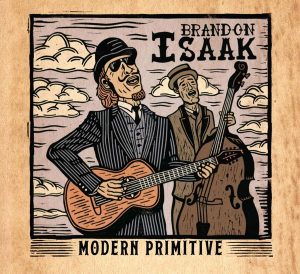 Modern Primitive, with its gentle and unassuming bluesy swing, got me right out of the gate. This is an utterly charming and completely captivating set of songs. I don’t use the term ‘wonderful’ very much, but I can’t think of a better way to describe this album.

662, also the area code of Ingram’s hometown of Clarksdale, is a more mature and personal piece of work than his debut; full of startlingly excellent musicianship and the most soulful voice in the blues today. This is a stone cold killer of an album with righteous grooves abounding.

HOT TRACK: Another Life Goes By 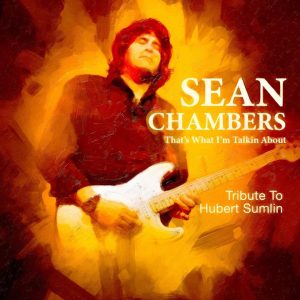 This is a hurricane-force punch in the face. That’s What I’m Talking About is Sean’s tribute to his friend and mentor Hubert Sumlin, Howlin’ Wolf’s lead guitarist, with 10 covers and one original. I live for those times when a disc grabs me by the collar and says “stop what you’re doing and listen to this”, and this is one of those times.

HOT TRACK: Sittin’ On Top Of The World 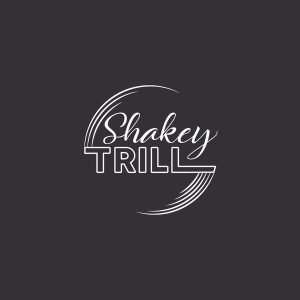 Shakey Trill are a gutsy and raw acoustic blues duo from Saugeen Shores, Ontario. This, their debut, is classic blues the way God (or the devil, if you prefer) intended us to hear it. ‘Nuff said.

HOT TRACK: I Love That Woman 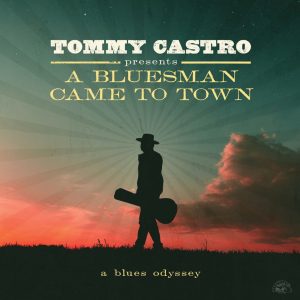 Tommy Castro’s powerful new record is a roots music odyssey, the tale of a young man who, bitten by the blues bug, breaks away from the family farm to hit the road with his guitar to seek fame and fortune… only to find out the treasure he’s been seeking is what he left behind. This is a morality play, and the music is outstanding. 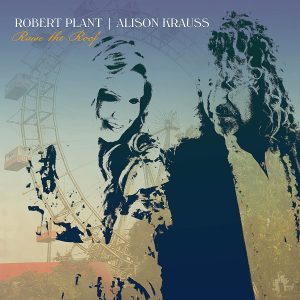 At long last, the follow-up to 2007’s amazing (and hugely successful) Raising Sand. With Raise The Roof, completed in 2019 shortly before the world shut down, Robert Plant and Alison Krauss take their musical intimacy a step further. This is a gorgeous record. 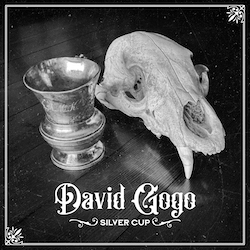 A new record here from the Nanaimo bluesman, conceived and written during Covid times. There’s something different here from his other albums about the mainly acoustic Silver Cup, a haunting soulfulness that makes this otherwise good record a great one.