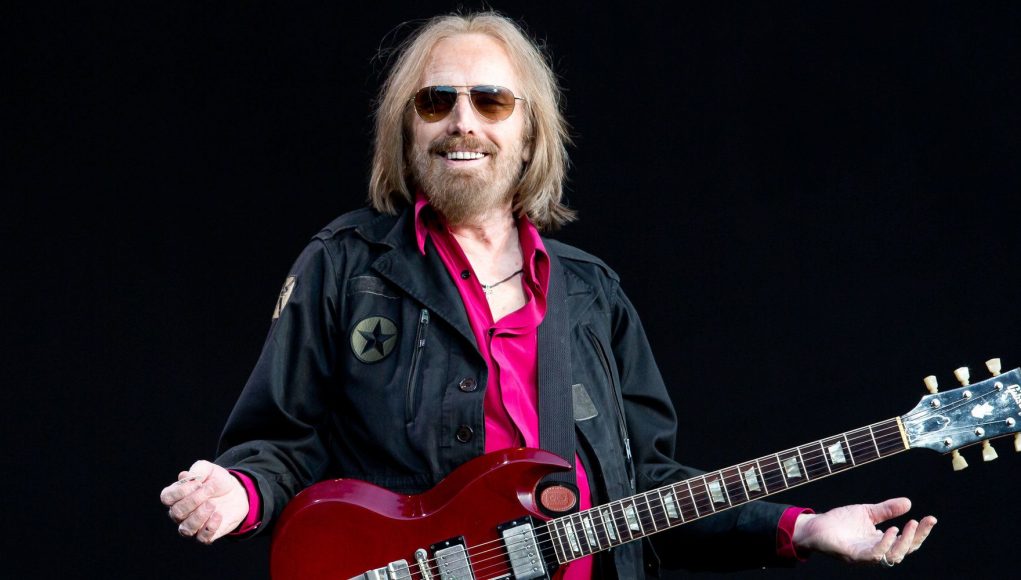 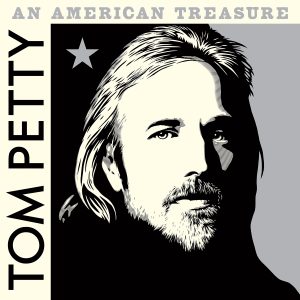 All of my generation’s musical heroes seem to be leaving the building these days- hard to believe Tom Petty has been gone a year already.  On September 28th, Reprise Records released this 60 song box set in a variety of formats and packages.  Far from being the usual record company cash grab to appropriate considerable collective grief An American Treasure is an extensive, thoughtful look into the nooks and crannies of Petty’s career.

I am neither Tom’s biggest fan nor an expert on his career.  I have enjoyed many of his hits on the radio and on the handful his CD’s I own.  You’ll hear some in alternate form in this box set, but most (like Running Down a Dream or The Last DJ) not represented here.  Like a love letter to the real fans, An American Treasure circumvents the worn hit parade path by including dozens of previously unreleased recordings, alternate versions of classic songs, rarities, historic live performances and deep tracks, offering a more complete portrait of Petty as an evolving and influential artist.

One glance at the track listing and a trip through the songs themselves make it obvious that the suits were kept at a distance while An American Treasure was under construction.  Tom’s daughter Adria and wife Dana were the primary catalysts for this project, succeeding in their aim to create a compelling portrait of the person they knew with his music as their paintbrush.  Along with Heartbreakers of 45 years’ standing Mike Campbell and Benmont Tench, plus Tom’s studio collaborator Ryan Ulyate, they curated this box set from Petty’s rich song catalogue.

“Everyone involved in this project chose each track with tremendous care and deep respect for the body of work Tom Petty created of the course of 40 years” Dana and Adria note.

“He also accumulated a wealth of unreleased music in his vaults, and we have collectively uncovered one gem after another that will keep us all listening and discovering different facets of Tom’s talent for many years to come.” As the casual fan I consider myself to be, listening to many of these tracks is something of a revelation.  Though not familiar with many of them, I still found the music lifting me up and carrying me away- something Tom Petty’s many hits have always had the ability to do too.

An American Treasure is, of course, available in many configurations.  Which set you go for will, of course, depend on both your enthusiasm for Tom Petty’s music and how deep your pockets are.  Here are your choices;

A 4-CD set that features all 60 tracks plus a 52 page booklet filled with rare and previously unseen photos, plus track-by-track liner notes by noted journalist and Tom petty aficionado Bud Scoppa. I have the downloadable version of this.

The same 4 discs with all 60 songs, plus an 84 page hardbound book, essentially an expanded version of the booklet from ‘deluxe’.  Also included in this package is a newly created lithograph of the Shepard Fairley’s cover artwork, plus custom reproductions of Tom’s handwritten lyrics to 4 songs.

There is also a 6 LP vinyl box set coming, but you’ll have to pre-order as it won’t be out until November 23rd. For the extremely budget conscious there is a ‘standard’ edition that includes 2 discs with 26 tracks pulled from the deluxe editions as well as Bud Scoppa’s detailed track-by-track notes.

Though released under different circumstances under entirely different conditions, An American Treasure reminds me somewhat of Springsteen’s Tracks box set from 1998; an unexpected and welcome peek behind the wizard’s curtain into a world we could only imagine.  It will take me a couple of months or so of repeated listening sessions to decide how I ultimately feel about this one… but from the single run through I’ve had so far, I already feel like I know and understand Tom Petty a little better.  It’s hard not to get a contact high from the joy with which so many of these tracks were played.

Petty’s wife and daughter revealed that he was struggling with some health issues.  Apparently he’d had a hip fracture since before the beginning of The Heartbreakers’ 40th and final tour that had graduated to a full break.  Despite doctors’ insistence, he kept putting off surgery.  In an interview with Billboard magazine last month, Dana said that “He found out a few days before the tour was to start that he had emphysema. He was (also) relying drugs on the road to help keep the pain under control, and looking forward to not needing them anymore.”  In a statement on his website not long after his death, Dana and Adria said “(it) is our feeling that the pain was simply unbearable and was the cause for his overuse of medication.  We feel confident that this was, as the coroner found, an unfortunate accident.”  Some wondered in the wake of his death if it was suicide, but only Tom knows for certain.

I genuinely admire the obvious love and care that was taken in assembling the music and various extras with which An American Treasure was created.  If this were not the kind of memorial it must be and Tom Petty was still alive to give it the once over, I think he would very much approve of what his wife, daughter and band mates have done with his legacy.  I think his fans will approve, and that those with a passing familiarity of his work will be pulled in further.  An American Treasure may be the result of Tom Petty’s untimely passing in 2017, but what a joyful and full life he had.  No doubt this box set will point me in other directions to dive even deeper into Tom’s music.  I’m ready.

CD 3: I Won’t Back Down (live at The Fillmore), Lonesome Dave