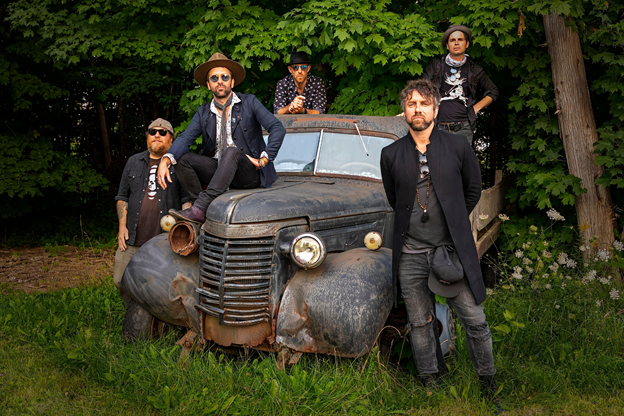 The Trews have been non-stop since the release of their latest single “The Wanderer,” taking their stripped down tour across Ontario before stopping in our nation’s capital last week to perform the national anthem at the Ottawa Senators’ home opener vs. the Toronto Maple Leafs.

They have shared another banger from their upcoming album called “Permission.”

Cut live off the floor at The Tracking Room Studio in Nashville this single was one of three songs on the upcoming album produced by Rich Robinson, who is also featured on this track playing guitar.

The Trews’ guitarist John-Angus MacDonald explains the track coming together:

“Permission started out as a high octane guitar riff in need of a home. It was fleshed out lyrically, and subsequently recorded, down in Nashville with Rich Robinson at the production helm.”

“It also features Rich, one of my all time fav guitar players, playing the lead breaks on slide guitar. Cut live off the floor, it really captures the energy of the band. I borrowed the opening line of the chorus, “shoot me in to the sun”, from Instagrammer extraordinaire the Fat Jewish and the balance of the lyrics, “I will not bite my tongue, we’ll leave no song unsung, I don’t care who’s listening”, are about fearless artistic freedom – kind of a mission statement for the band!”

Since the safe return of live shows, the band have been cautiously touring their three piece acoustic show, playing outdoor festivals, and today excited to announce a handful of full band indoor shows in Western Canada for early next year. Stay tuned for more news on touring in the coming weeks! See below for full list of tour dates and tickets can be purchased here. 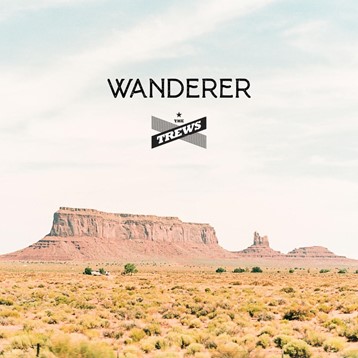 Wanderer, due Nov. 19 via Known Accomplice, is the band’s blazing seventh studio album and is easily their fiercest and most accomplished yet. Wanderer could not have achieved its acrobatic feats of sonic power had it not been for the lamentable, awful but also weirdly inspiring and motivational global pandemic which made touring impossible and writing and recording the only games in town.

Who could have predicted that electrifying recording sessions begun in Nashville in December 2019 with Rich Robinson would be curtailed by a global pandemic, resulting in just three songs being completed? With the borders closed – it led to the guys staying within Canada to once again work with Civilianaires producer Derek Hoffman, yielding three more songs with the fast-rising producer. With the Robinson/Hoffman sessions banked, six additional songs — including lead single “I Wanna Play” were recorded in Toronto in 2020 with acclaimed producer Eric Ratz.

In the end, those three disparate, COVID-dictated sessions forced the chart-topping, globe-trotting crew, which also lead singer Colin MacDonald, guitarist John-Angus Macdonald, bassist Jack Syperek, drummer Chris Gormley, and keyboardist Jeff Heisholt, to cohere as a band as never before. The results speak for themselves.

Tickets on sale at www.thetrewsmusic.com/live