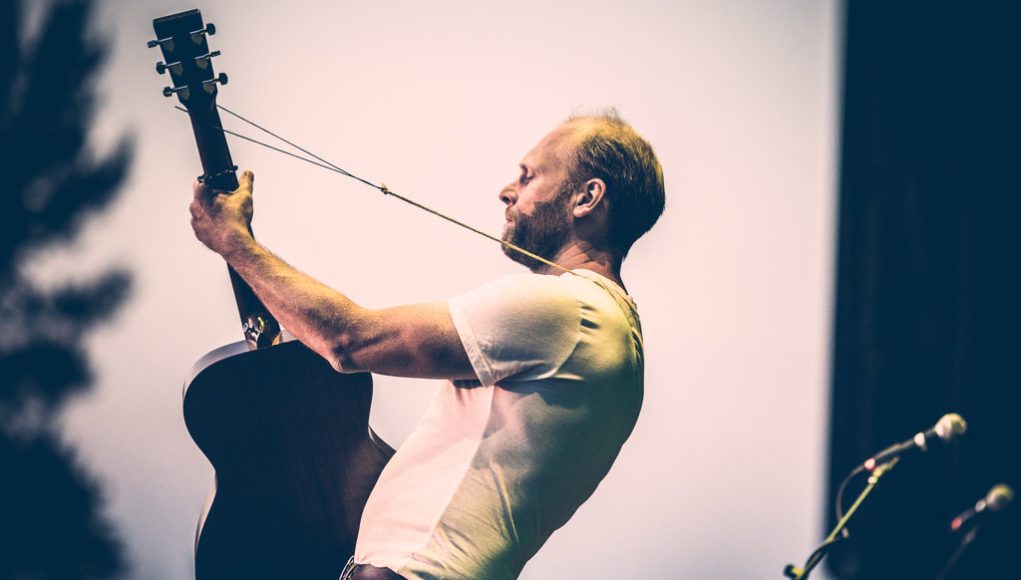 The Rise, the new EP from The Rural Alberta Advantage, is the first word in a conversation, the first step on a new, unkept trail. It’s the beginning of a new era for the Toronto trio, and the first of three pieces in a year-long puzzle, which will be constructed over three separate releases. On its own, The Rise tells its own six-track story through Paul Banwatt’s thundering drums, Amy Cole’s hammered keys and crystalline harmonies, and Nils Edenloff’s furious acoustics and soaring, wheaty tenor. At times, it’s literal and visceral, like the blowing dust of “Lifetime,” or the hardy, galloping roadtrip post-mortem of “3 Sisters,” or the slow, naked march of “Late September Snow.” At others it’s hallucinatory and surreal, like the vivid, crashing dreamscape of “10 Ft Tall.”

“We’re so intrigued by the idea of different perspectives and memories in these songs, and then this ultimate view of ‘Is any of it anything?'” says Cole.

That dichotomy — between what is assumed to be objective, real and tangible, and what is not — is explored by Alberta photographer Leroy Schulz’s work that accompanies the EP and lead singles “CANDU and “AB Bride.”

Schulz flew drones over Alberta landscapes and took photos from above, looking down on rows of fir trees, barns, crops, and grass. From this perspective, the settings look unrecognizable, even unreal, like some alien planet. The shapes, shadows, lines, and textures are foreign, yet these are scenes of home. “The harder you stare at something, the more interesting it gets,” says Banwatt, “even something that seems really mundane.”

The past two years have upended all that we thought to be concrete. The Rise, like this period, is a complication of what we assume to be familiar and true and unchanging. It’s the start of something new.

“We just go only based on heart and gut, and try to let our minds get out of the way, because more often than not those just trip us up,” says Edenloff.