Home Get Off My Lawn! THE RELUCTANT CASHIER 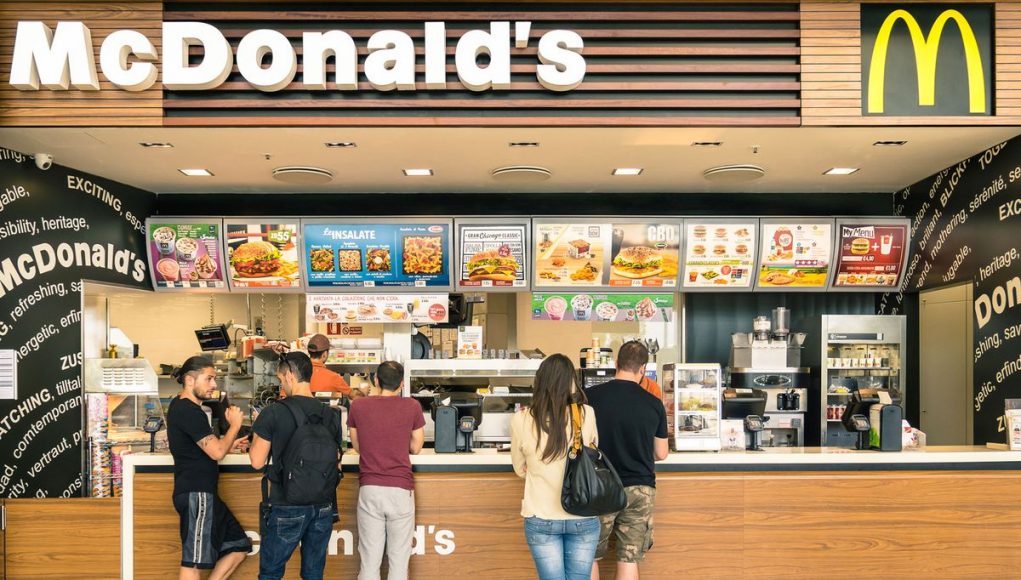 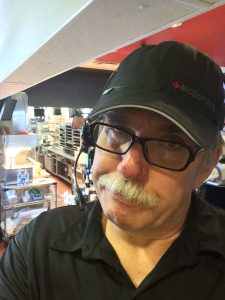 In August of 2016, just after the long weekend and after 40 years of broadcasting, I got laid off. The parent company at the time, in order to improve their bottom line, consolidated operations and shipped much of the work to their big city operations. I had been a part of this Northeastern Alberta cluster of 7 radio stations as a writer, producer and on air guy for nearly 6 years. If you’ve been through a similar experience then you’ll recognize the mixture of panic and relief I felt.

Every broadcasting company that owns a number of radio stations has gone through this kind of downsizing. I applied for work at literally dozens of radio stations across Alberta and BC, willing to move and start over. I came within sniffing distance of the morning show in Creston, but the job went to another guy, radio broke my heart for the last time. Experience, talent and lack of youth were against me with a business that prefers fresh scrubbed grads out of school.

I exhausted a decent payout and rode the Pogey train to the end of the line. With savings gone and nary an RRSP to be seen, I had to make a living. At the age of 59 I applied for dozens of jobs, and the only callback was from McDonald’s. I had worked their before around ’06, when I first moved to Lloydminster to be with my wife. The store manager remembered me and, after the interview, I was hired. That was nearly 2 years ago.

The first few months were rough; I didn’t think I was going to make it. I had been a cashier 8 years previous, but everything was different now. I was angry much of the time, having to do this for a living now instead of making radio. In the years I spent in broadcasting, I don’t recall ever NOT looking forward to work. I loved Monday mornings, excited by the creative challenges I knew the week would bring. This resentment was never far from the surface- then I decided to look at things differently.

Having seen several memes on Facebook about having gratitude for what one has and actively choosing to be happy (yes, it IS a choice) the work got easier, even enjoyable. George Burns was right when he said there were 2 rules to a happy life; #1- don’t sweat the small stuff, and #2- it’s all small stuff. I’m not the perfect cashier but I began to take pride in being fast and accurate when taking orders, and that felt good.

Engaging customers in conversation and sharing a laugh is the best part of the gig. I know many regulars by name; Lloyd comes in most afternoons for a small coffee and the occasional carrot muffin. Leo is a senior who comes in 2 or 3 times a week around suppertime and enjoys a Big Mac and a pop. My favorites? Farming brothers Glen and Dave. Glen is the spitting image of ZZ Top bassist Dusty Hill, and when they come in I look him in the eye and play ‘air bass’ as he returns the favor. Once, while coming out of a grocery store I heard “HEY! JOHN!” Turning in the direction of the shout, Glen leaned out of his car window and hit me with some air bass.

Many fast food workers are quite young, and many of the older customers where I work seem to enjoy dealing with someone of their vintage. Just last week, a lady told me that I inspired her. She’s 64 years old, from Maidstone and, after seeing me having fun on the job, she went to the local Fields Store, applied for and got a job that she enjoys. As it happened I was having a dark day, and her story really lifted my spirits. It just goes to show that no matter where you are or what you’re doing, people do notice you.

I may be a reluctant cashier, deciding to be happy and actively look for joy has been a blessing. Yes I miss being in radio… as I write this article I am about to produce my 92nd 2 hour show for an internet station out of the UK called United DJ’s (www.uniteddj.com) that airs Mondays 1-3pm PST with a rebroadcast Friday nights 7-9pm. I do it without pay because I think it’s worthwhile, and it’s fun. I’m also working up an idea for a weekly blues radio show to syndicate, and when I write an album review column for Gonzo, I also produce a podcast version that includes music from each disc.

It would be nice if United DJ’s morphed into a paying gig, if my blues radio show caught on, or if I won the lottery but if none of that comes to pass, I’ll still be happy because I decide to be. It’s a simple but effective philosophy. Easy to put into action? No- but SO worth the effort. If you fight the darkness, and I still do from time to time, try it. You might be surprised at how effective a strategy it can be for you too.