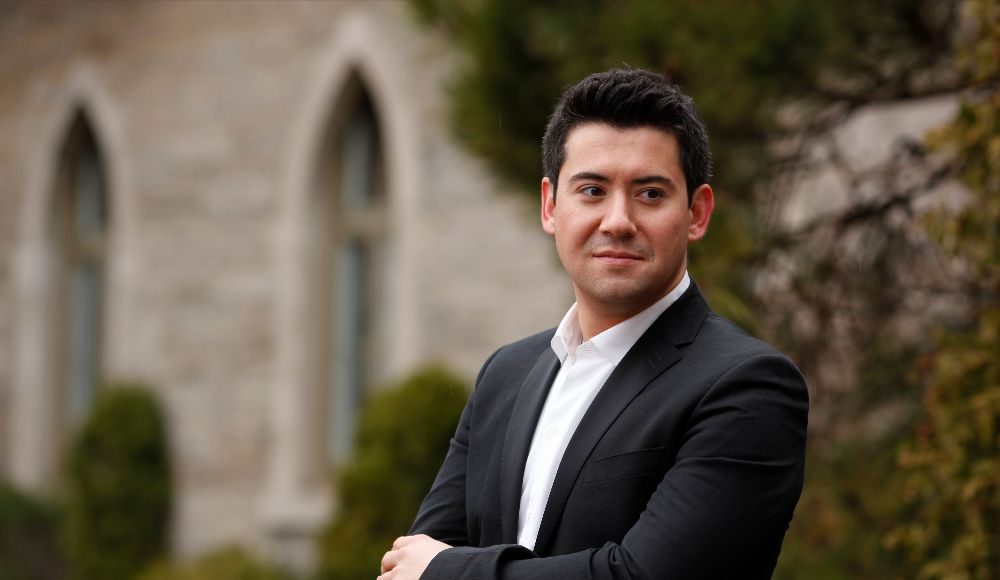 In full stride of its 60th anniversary season, the Okanagan Symphony Orchestra and Music Director Rosemary Thomson are thrilled to announce Old Friends, the next performances in the O’Rourke’s Peak Cellars Masterworks series. Featuring charismatic pianist Ian Parker, these shows will not only welcome back OSO friend Parker to the stage, they will feature the beautiful works of Haydn and Brahms: two composers who could be considered kindred spirits, albeit across the centuries.Guest artist Parker has appeared with top orchestras across Canada and the U.S, and recorded with the London Symphony and the CBC Radio Orchestra. 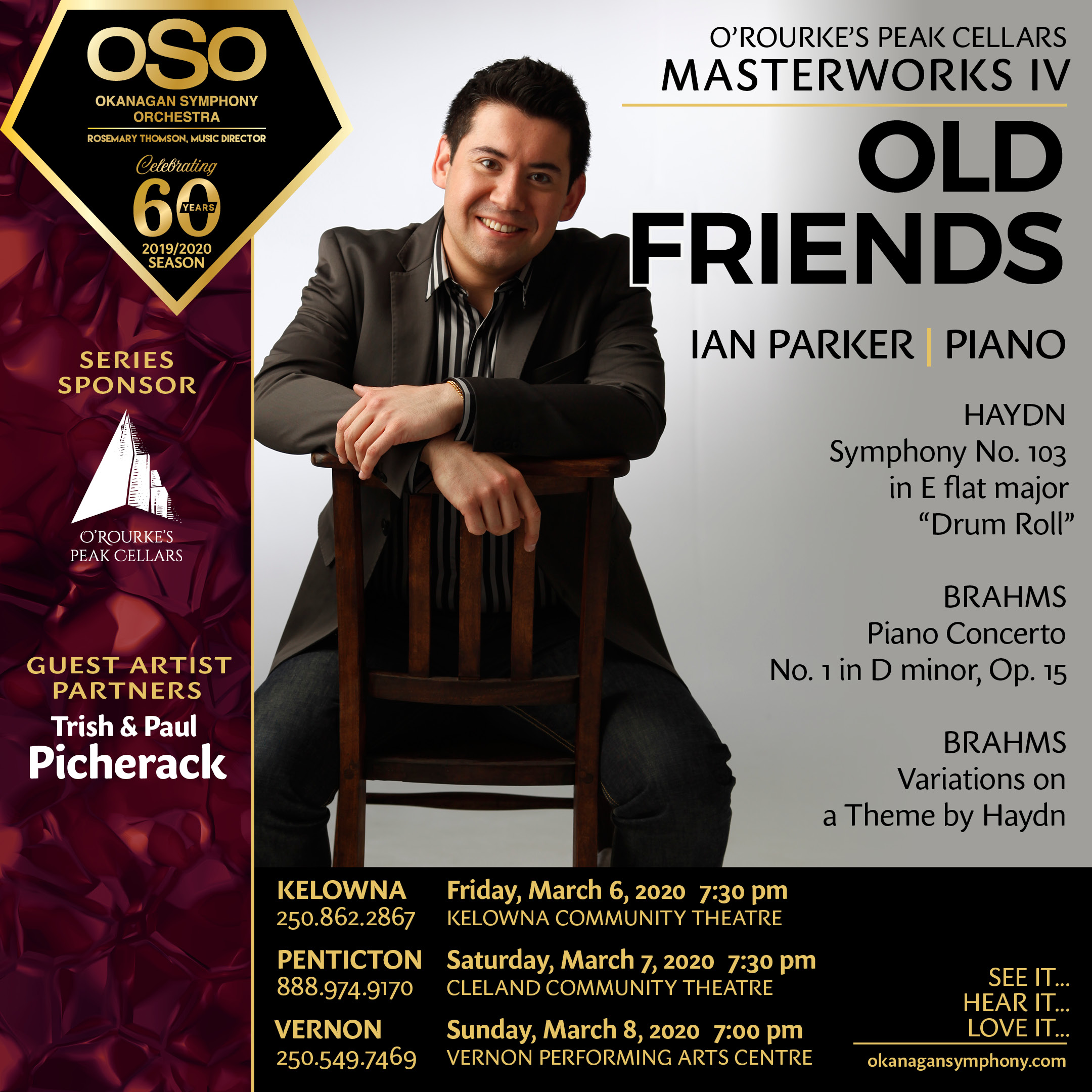 In addition to his work at the keyboard, Mr Parker acts as Music Director and Principal Conductor of the VAM Symphony Orchestra at the Vancouver Academy of Music. Working with some of Canada’s most promising young orchestral players, he programs and conducts four concerts per season in Vancouver’s historic Orpheum Theatre.

Mr Parker is also a member of the formidable “Parker Piano Dynasty”. His late father Edward taught literally thousands of students over decades in Vancouver. And his cousins, Jon Kimura (Jackie) Parker and Jamie Parker have both performed on the OSO stages over the years. All three currently enjoy international careers.

Featured on the evening’s program are two rich symphonic works: Haydn’s Symphony No. 103 in E flat major – a favourite for audiences since its premiere in 1795 – and Brahms’ Variations on a Theme by Joseph Haydn. Mr Parker will take the stage to perform Brahms’ Piano Concerto No. 1 in D minor.

Music Director Rosemary Thomson says, “I adore sharing the stage with Ian Parker. There is a reason he is an audience favourite. It’s because he shares so much of himself through his musical performances. Plus, he is so darn fun we laugh ourselves silly during rehearsals. Audiences just can’t help falling in love with him.”

HodgePodge By Charlie Hodge – Our roommates are driving us crazy