Home GO! - News The New Ride-Sharing Startup That Is Getting A Fair Share Of The... 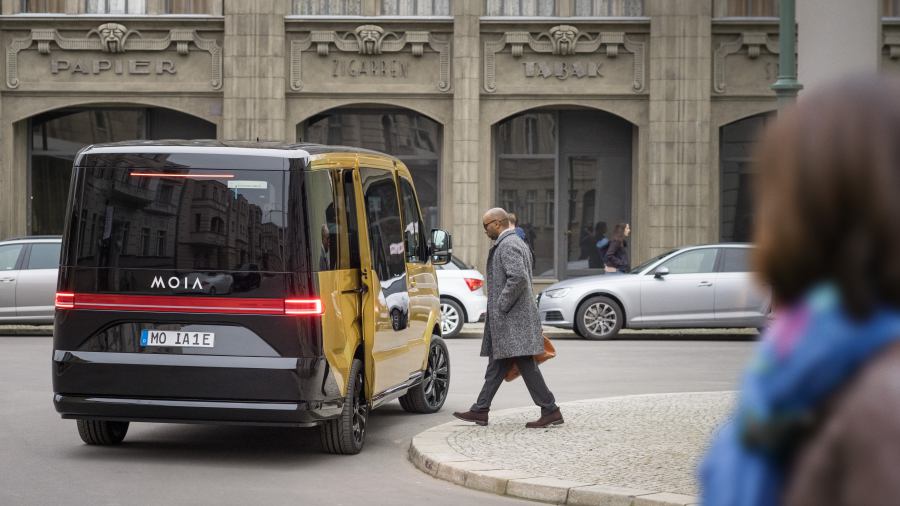 If you are into ride sharing, you probably know it as something that was introduced by companies such as Uber and Lyft. They have been ruling this industry for a couple of years now but apparently, the competitor zone is getting more dense.

Meet Moia – a ride-sharing app which is set to leave Uber and Lyft in the dust. Just like the aforementioned apps, Moia tells you to cross the street and meet the driver at a specified location. It has a timer too, and a couple of other nifty features.

For starters, Moia offers roomy interior which is softly lit by white lights on the ceiling. This gives you a vibe as if the vehicle has no roof at all and a posh feeling offered by the multiple headrests and comfortable materials. There is a monitor, too – one that tells you when you will be at your destination.

But the cool thing is actually the fact that you are sharing the ride with other passengers. In something which resembles a “posh minibus,” Moia’s goal is to offer convenient ride-sharing journeys which are fully digitized and take the concept of sharing a ride to a whole new level.

Another thing you should know is that Moia is a startup which is run by Volkswagen Group, one of the leading car manufacturers based in Germany. And when it comes to adoption, Moia is already up and running in cities like Hamburg and Hanover (Germany) and is also starting trials in London (UK).

Volkswagen’s Vision For The Future

In many ways, the ride sharing concept offered by Moia resembles an Uber Pool or Lyft Line shared ride. But unlike these two who have independent contractors as drivers, Moia has branded drivers which are Volkswagen’s employees – and the vehicles are specially designed VW electric vans.

With this, Moia kills two birds with one stone – it offers a new electric way to move around faster and a ride-sharing concept which come at more affordable prices. Even if you are sharing a ride with five other people, Moia gives you a feeling like you are alone.

“The idea is to compete with a privately owned car,” Moia spokesman Christoph Ziegenmeyer said.