Home GO! - Lifestyles The changing of the seasons by Shane Collins 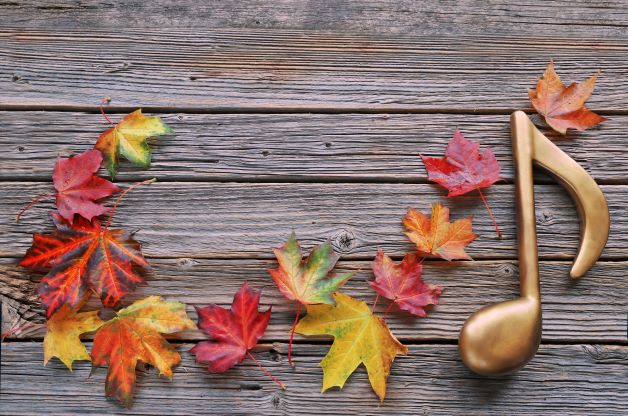 The changing of the seasons

The wine is sweet on my lips as I sit here, watching the smoke of my campfire billow up to the starry night overhead. The song, ‘Jolene,’ by Ray Lamontagne is helping lull me to sleep.

The soft, smoky voice and sad, melancholy song makes me think and I can’t help but wonder what I’d be playing on the little portable speaker I have next to my chair if it were the middle of summer.

My mood is so different in the heat, I’m sure I’d have some summer jams like Bob Marley, Buju Banton, Thievery Corporation, Mad Caddies, Tim Armstrong or Turnstile playing right about now. It’s only 8:00pm. If it were summer it’d still be light outside and let’s face it, I wouldn’t have the luxury of a campfire in the summer.

As October bullies its way in, though, the temperatures drop, the leaves turn from green to gold and I can’t help but notice my need to change the music I listen to.

Do you do this, dear reader? Do you pack up the sunshine songs once autumn arrives?

For me there is a psychological shift as the seasons change and within that change there is a soundtrack to keep me company.

Where I once enjoyed the dancing vibe of my reggae, my punk rock and hip hop beats, I feel the custodian of the soul open a door, fold up and store them away somewhere deep inside of myself. My reggae is packed up into a box next to my punk rock, heavy metal and hip hop. A door closes and is locked. That stubborn janitor won’t dig them up and dust them off until the sunshine returns the following year.

So, as I feel the shift, I come to certain artists and their music that, in my opinion, is best listened to in wool socks, long underwear wearing a favourite pair of sweatpants. Sounds to steep tea to. A soundtrack to falling snow. Music to lull the hibernating bear within us all.

I come first and foremost to Gregory Alan Isakov. Songs like ‘She always takes it black, San Luis, O city lights, The moon song and Big black car,’ are just a few of his orchestral, poetic hymns that hum a lullaby and leave me calm and lost in reverie every time I return to his music.

Massive Attack’s ‘Mezzanine’ album must be in the crate somewhere. Dig down and grab it. Blow the dust off. Oh, what’s this? Here, next to it is their 2003 album, ‘100th Window.’ Artists like Tricky and Sinead O’Connor are featured throughout both albums. Songs like, ‘Angel, Teardrop, Protecton, Integra Creeps and as a treat, the last song on 100th window, Antistar, has buried behind it a secret song. I have a memory of snowboarding alone up at Silver Star mountain years ago and this song popped up as the snow fell. I had no idea at the time the song was there and when it came on it was like the sound and pulse of the falling snow itself.

Bon Iver’s self titled, 2011 album is in there too. Songs like, ‘Perth, Holocene and Calgary’ are a few of my favourites. I can’t listen to Skinny love anymore, though. A heart can break only so much.

Alt-J’s 2012 ‘Awesome Wave’ is in the mix. ‘Breeze blocks, Dissolve me, Fitzpleasure and the epic, Taro’ spoil me with their unique ensembles and abstract lyrics.

Finally, for the beginning of my playlist and for the end of this article, I come to the brooding, poetic baritone voice of Matthew Berninger, lead vocalist of The National. A good friend of mine says The National is the sound of a slow, painful suicide but I have to disagree. Songs like, ‘Fake empire, Ohio bloodbuzz, Sorrow, Mistaken for strangers and Apartment story,’ are perfect for cold weather listening.

All of the music that I’ve mentioned so far and more of the music that will be added later seems to have an element of sadness to it. But isn’t that what the winter symbolizes? Death? A stillness? The cold season of darkness stays longer than any other up here in Canada so I have to find ways to enjoy it.

Maybe if I were someone who loved playing up on the ski hill, perhaps my music wouldn’t be so somber. Maybe, instead of storing my sunshine in the basement of my soul, next to my climbing shoes and beach blankets, I’d be skiing in a Hawaiian shirt, Mexican sombrero, short shorts, a mai tai in one hand, an old school boombox in the other, cranking Rancid’s Ruby Soho, blasting down the ski slopes instead of steeping my tea in front of the fire.

It sounds like fun and I’ll work on making a change but for now, I’ll listen to the sad songs that say so much as the seasons change here in the Okanagan.

As I get back to my campfire, I’ll leave you this to ponder: Does your music change as the seasons change and if so, what are you listening to?