Corey Hart inducted into the Canadian Music Hall of Fame

Avril Lavigne wins JUNO Fan Choice Award Presented by TD
London, ON – The Canadian Academy of Recording Arts and Sciences (CARAS) and CBC took over Budweiser Gardens this evening for Canada’s biggest awards night in music. The awards, hosted by Sarah McLachlan, were broadcast live on CBC, CBC Radio One, CBC Music, the free CBC Gem streaming service, and globally at cbcmusic.ca/junos. The highly anticipated event opened with London’s own Loud Luxury who took the stage with an electrifying performance alongside the Western University Marching Band for their London homecoming.

The country’s cream of the crop took home some of JUNO Weekend’s most coveted awards. Emerging pop-singer bülow was awarded 2019 Breakthrough Artist of the Year Sponsored by FACTOR, The Government of Canada and Canada’s Private Radio Broadcasters. The Canadian-German songstress also took the stage with a medley of “Two Punks in Love” and her multi-platinum hit, “Not a Love Song.”

One of Canada’s most exciting talents, Jessie Reyez, was presented with R&B/Soul Recording of the Year Presented by CBC Music for her second EP, Being Human in Public. Critically acclaimed rock ‘n’ roll band, Arkells, who won Rock Album of the Year award at the JUNO Gala Dinner & Awards last night, added Group of the Year award Presented with Apple Music this evening. Canadian country star Brett Kissel was awarded Country Album of the Year for his latest album, We Were That Song. Eight-time JUNO Award winner Avril Lavigne took home JUNO Fan Choice Award Presented by TD.

The night was capped with a very special and memorable occasion – the induction of legendary singer-songwriter Corey Hart into the Canadian Music Hall of Fame. Presented by host Sarah McLachlan, Hart was honoured for being one of Canada’s biggest success stories of all time. Fans were treated to the singer’s first live television performance in over 20 years – a stirring rendition of his massive hit, “Never Surrender” and an energizing performance of “Sunglasses at Night.”

FOR A COMPLETE LIST OF WINNERS AT THE 2019 JUNO AWARDS, INCLUDING BIOGRAPHIES AND IMAGES, GO TO WWW.JUNOAWARDS.CA 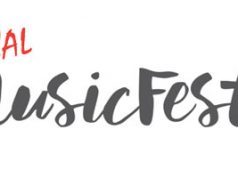 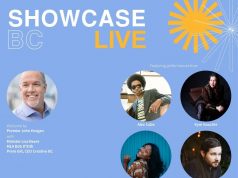