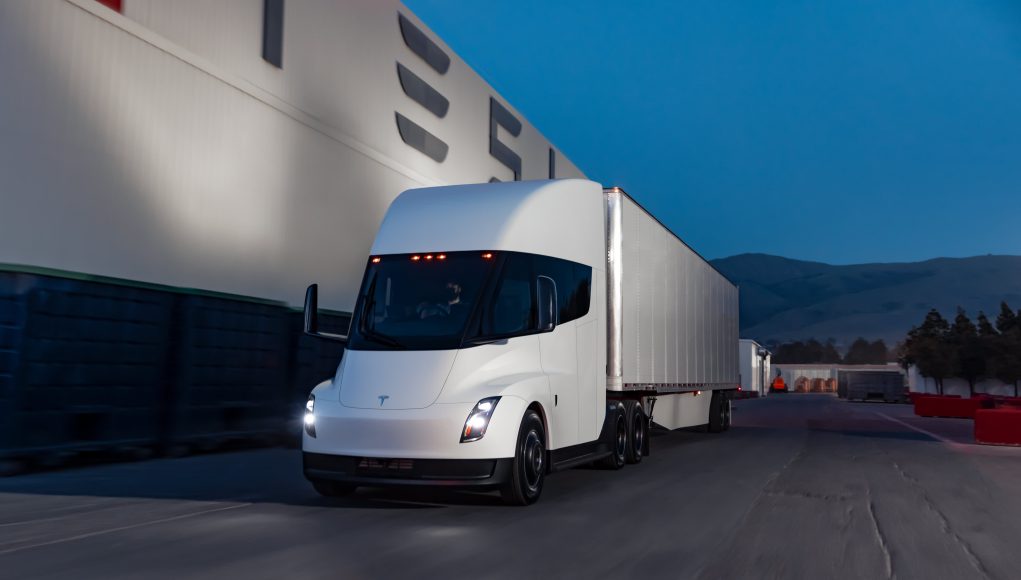 The company known for its goal to accelerate the world’s transition to sustainable energy with electric cars, solar and integrated renewable energy solutions, has started production of its long-awaited Semi truck. The plans are to start delivering these trucks by December 1st, and the American multinational food, snack, and beverage corporation PepsiCo is among the first clients on the list.

The soft drink company ordered 100 of the electric transportation vehicles back in 2017, a month after Tesla originally announced the trucks. With the Semi, Tesla promises a transportation vehicle that can accelerate from 0-60mph in 20 seconds, even when it is fully loaded. The company said that its trucks will keep up “highway-level speeds even up steep grades.” and be able to recharge up to 70% of its 300-mile or 500-mile range in 30 minutes.

The CEO of Tesla and billionaire entrepreneur Elon Musk has confirmed the news and deliverables to Pepsi in a tweet. After May 2022, Tesla started accepting reservations with a $20,000 deposit on these trucks and in August, Musk said that the 500-mile version of the truck would begin shipping this year.

Excited to announce start of production of Tesla Semi Truck with deliveries to @Pepsi on Dec 1st! pic.twitter.com/gq0l73iGRW

While Tesla followed through the recent shipping promise, it is not a brand that is specifically known for hitting deadlines. The long waiting times on the consumer-focused Cybertruck have confused its fans a few times, as the project was delayed on several occasions. The latest update came from Musk himself, saying that the Cybertruck will arrive in 2025 along with the second-generation Roadster (which was also originally planned for 2020, and then 2022).

Another update to look out for from the brand is it’s self-driving technology, which Musk promised was “around the corner” but is apparently is still in beta. What’;s interesting is the fact that Musk planned for the Semi to feature at least semi-autonomous driving, but there is no information about it yet on the truck’s official web page.

What we can see, though, is very impressive. The 20-second acceleration to 60mph, less than 2kWh per miles in energy consumption and the 500-mile ranges could make Tesla’;s truck fleet a pioneer in a new world of transportation as we know it.