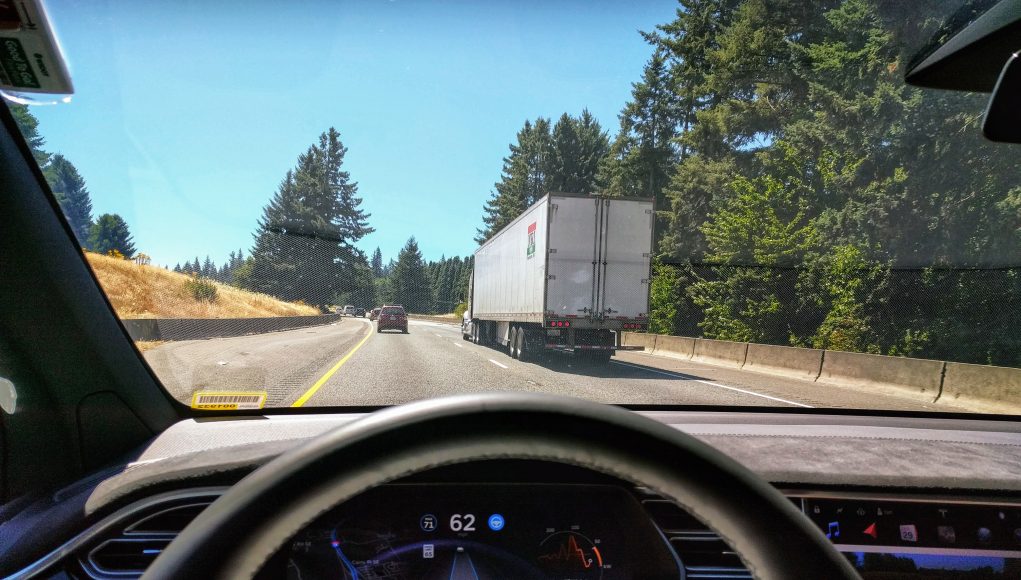 Tesla’s First Full Self Driving Beta Completed: A Look Into The Future

If you have been following news around Tesla, you probably know that the company has been playing around with self driving features a lot, especially the Autopilot and Full Self-Driving Capability.

As of April 2019, all of the new Tesla cars come standard with Autopilot, which makes all of this testing very interesting. Earlier this week, Tesla started making changes to its software, including Full Self-Driving Beta software upgrade to a limited group of owners who agreed to test the feature.

One of these owners was James Locke, who received the Tesla FSD early access update and shared his comments in a video while demonstrating the capacity on a normal commute. He said:

“We simulated a normal commute for my wife from JPL in Pasadena, CA back to Santa Clarita superchargers. Used city streets to highways with interchanges and back to city streets and into the supercharger parking lot.”

Check it out here:

If you look closely, you will see that most of the self driving

in the video is on the highway (which is already doable with Tesla’s Autopilot). However, there are scenes where the Tesla accelerates on the on-ramp, which is still not as smooth as expected but is a great start for the electric car giant.

Also, the lange changes look awesome, even though there is a slight delay between the car’s decision to initiate the lane change, and the actual initiation. The same delays are seen when the traffic lights turn green, and the firs beta of Tesla’s self driving feature also comes with a few aggressive behavior on speed bumps.

At the end of the day, this is something that everyone expects for a feature like this. Overall, the car’s self driving performance on the commute is impressive and will definitely be better in the future.