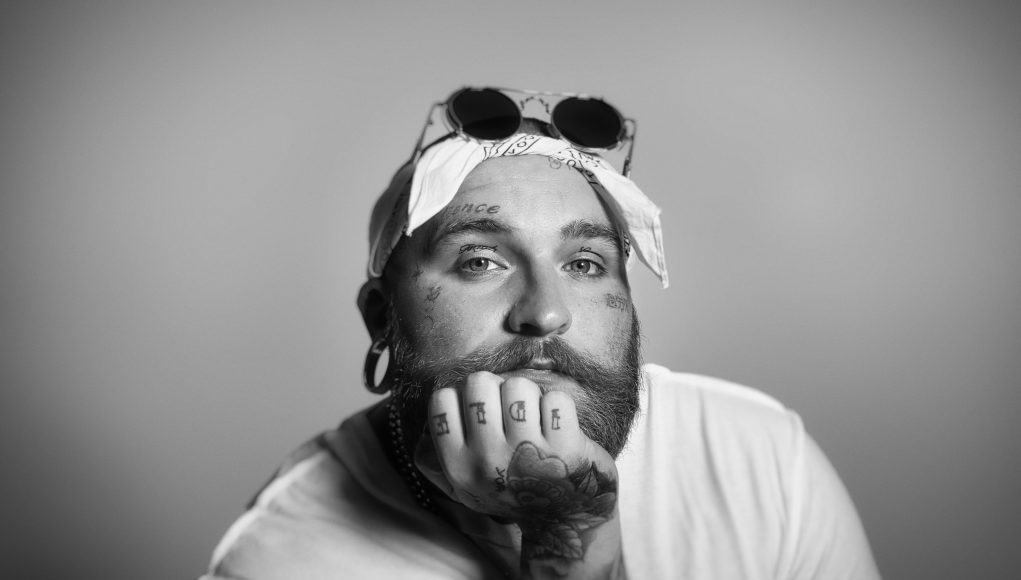 As much as we pick up wisdom by learning, we really wise up through unlearning. We replace old habits and preprogrammed traits with new experiences and hard-earned knowledge. We shed who we were, and we become who we’re meant to be. After dedicating his life to music as a kid, Teddy Swims—a.k.a. Atlanta native Jaten Dimsdale—unassumingly knocked on the door of stardom and claimed the payoff of a decades-long grind in 2019.

Broadcasting covers from a makeshift bedroom studio, he lit up the Internet with hundreds of millions of views and a following of over 4 million. That was just the first step though. Teddy fashioned a show-stopping signature style out of soaring soul, intimate R&B, rock energy, and hip-hop swagger all uplifted by his earthquaking vocals. Leaving tastemakers such as American Songwriter, Billboard, Flaunt, and Idolator and living legends like Shania Twain speechless, Rolling Stone christened him a 2021 “Artist To Watch.” Simultaneously, he went from covering his idols on YouTube to performing original music of his own on national television.

Ultimately, he took all of the lessons from a life-changing year and distilled them in his 2021 debut EP, Unlearning [Warner Records].

“I’ve learned so much about how to just get out of my own way,” he admits. “We all tend to overthink. I’m my own worst critic. Sometimes, I psych myself out, because I know people are counting on me. I don’t want to let them down. However, I’m finally learning to trust my gut, stop trying to compare myself to people, and to just let me be authentic to the only me in the world.”

Turns out, that’s all he needed to do. Teddy wrote constantly. Joined by a handful of buddies, he prolifically penned almost 300 songs. Among those, he gained traction with the 2020 high energy single “Broke” and the Remix with Thomas Rhett. Earlier this year, he paved the way for the EP with singles “My Bad,” which he notably performed and The Kelly Clarkson Show, and “Til I Change Your Mind.”

At the same time, he consistently utilized his platform to encourage and enact positive change in the world around him. Teddy cut a cover of Marvin Gaye’s “What’s Going On” and contributed all earnings to the NCAAP. He also auctioned off the original cover painting for “Til I Change Your Mind,” donating proceeds to the nonprofit Soul Food Cypher (SFC) and artist Sage Guillory.

Meanwhile, he lit the fuse for this next chapter with “Bed On Fire,” which saw him make his incendiary late-night television debut on The Late Show with Stephen Colbert.

“I wanted to enter into the world with my first body of work knowing the songs were the best they could be,” he goes on. “I felt like everything fit together in terms of what I wanted to say. The title perfectly encapsulates 2020! We’ve all had to do a little introspection, break some bad habits, and figure out who we are again. There are some things we took for granted that, thanks to this Pandemic, we had to really open our eyes and do some unlearning!”

The EP begins with the cinematic opener “L.I.F.E.” Between sweeping atmospherics and stark piano, his voice echoes with the reminder, “That’s just life…nobody said it would be easy.” Written by songwriting powerhouses Poo Bear [Justin Bieber, Usher] and John Ryan [Maroon 5, John Legend], the track brought the best out of Teddy. “I knew I had try to sing that song better than anybody else could, so Poo and John would give it to me,” he laughs.

Co-written with Wrabel [P!nk, Ke$ha] and Ian Kirkpatrick [Nick Jonas, Selena Gomez], acoustic guitar, twinkling keys, and gospel harmonies underline “Will It Find Me” as he delivers a towering vocal performance. “I wrote it three years ago in the bathroom of my house where the acoustics sounded descent,” he recalls. “We built this beautiful song around a shitty little bathroom voice memo.”

Then, there’s his personal favorite “Somebody Should Kiss You.” He leans into soft piano and an airy beat with intimately vulnerable vocals. “It was the most recent song,” he says. “Every once in a while, you can capture lightning in a bottle on something. That’s what happened.”

Teddy continues to spread his wings, unveiling his 2021 debut graphic novel, Teddy Swims: Swimmy and the Valley of the Last Song [Z2 Comics], appearing on A Little Later With Lilly Singh, and hitting the road with GRAMMY® Award-winning Zac Brown Band for a series of stadium gigs.

At the same time, he assembled his next project, Tough Love EP, led by the single “Simple Things.” Right out of the gate, “Simple Things” ignited TikTok with millions of views on just a teaser. The official release tallied over 1 million streams in a few weeks as acclaim followed from Atwood Magazine and American Songwriter who raved, “His vocal talents certainly speak for themselves, but he goes much deeper than most.”

In tandem with the project’s arrival in early 2022, he launches his biggest intercontinental tour to date, hitting the road for three months on the Tough Love World Tour, touching down in Europe and crisscrossing North America.

In the end, Teddy Swims unlearned enough to become who he was meant to be all along.

“I hope I can fully capture the human experience,” he leaves off. “I want my music to touch as many emotions as it can. I’m still just the same little anxiety-riddled chubby kid with a dream to be the biggest superstar in the world,” he smiles.