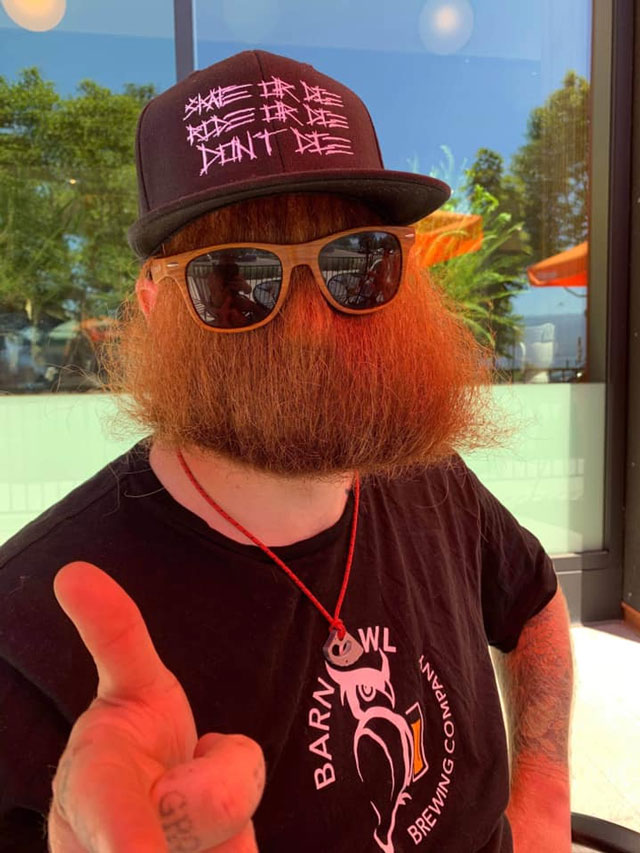 Two close friends raise money for the Canadian Association for Prevention of Suicide, and the exciting conclusion is coming this weekend!

Dan Tait – a local musician turned businessman, and Matt Lewis of Fernie, BC are competing head-to-head in a ’Sober October’ competition to raise money for the Canadian Association for Prevention of Suicide (CASP). The pair have each surpassed their original goals three-fold, and are pushing hard to raise as much money as possible before midnight on October 31st, where they will live cast having a beer together in celebration.

What began as a fundraiser with a competitive edge has turned into a surprisingly large movement, with the pair already over $7000 in combined donations and counting. The stakes are high – the fundraiser who raises the least amount of money between the two suffers a gentle humiliation. Tait, for his part, will have to shave his 9-year-old beard if he fundraises the least. If Lewis loses he will have to get a tattoo of Tait on his person.

CASP is an organization that advocates for individuals experiencing crises, provides resources and information to communities, and works to reduce the harmful consequences of suicidal behaviour. During this time of year, during the lead-up to the December Holidays, many people experience suicidal thoughts and will act on it – especially with the isolation of the pandemic this year. Lewis & Tait really want to reduce this number as much as possible, as they have each lost friends to suicide.

The competitors have been good friends for over a decade since being coworkers many years ago at a rafting resort in Ontario, BC. Now they each run their own window cleaning company, and are avid outdoor enthusiasts.

You can support each campaign by clicking either link below: