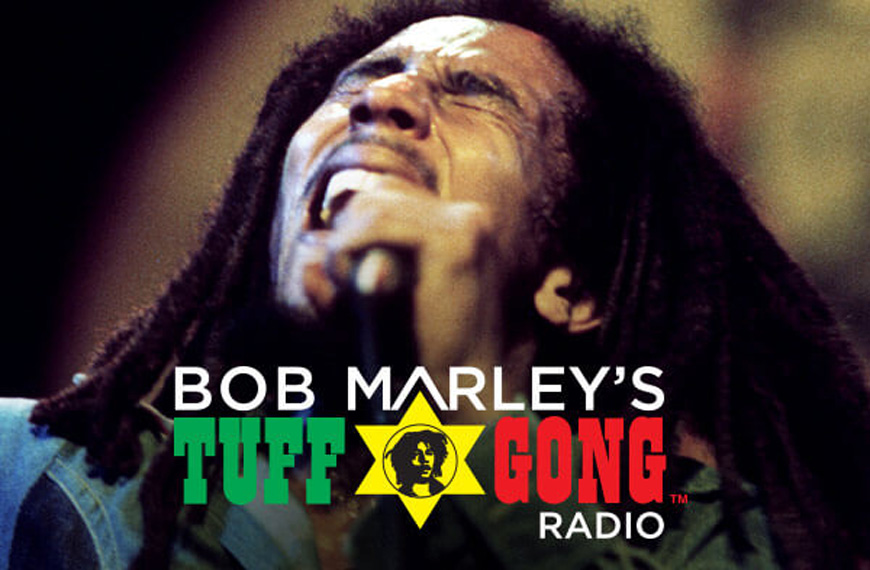 TORONTO, Dec. 1, 2020 /CNW/ – SiriusXM and the family of Bob Marley announced today an exclusive year-round channel dedicated to the legacy of Bob Marley.

Bob Marley’s Tuff Gong Radio will launch on December 3rd on SiriusXM channel 19 and will feature the cultural icon’s entire music catalog, both live and recorded, including rare recordings, some of which have never been made available to the public.

The channel, to be curated by the Marley family, will include a wide range of Caribbean music from its inception to present day. Bob Marley’s Tuff Gong Radio will also highlight the branches of his still-growing musical legacy including The Wailers, I-Threes, Tuff Gong International, the record label founded by Marley in the 70’s, and his children and grandchildren as they continue to make their own impact on reggae and popular music.

Additionally, the new channel will present specialty programs and take-overs led by family members from three generations. Bob’s daughter, award-winning entertainer, fashion designer and author Cedella Marley, will host her own monthly radio series, “Nice Time”, inviting listeners into her world for an ‘upful bit’ of conversation, music and niceness. Friends and family members also reflect on the 40th anniversary of the release of Bob Marley’s classic ballad “Redemption Song” and its continued impact on the world. Grandson, Skip Marley, a recent Grammy nominee for both his debut album and his hit collaboration “Slow Down” with H.E.R., will share some of his favourite moments behind the making of his music.

“This year marked Bob’s 75th earthstrong and the 40th anniversary of the release of Redemption Song. Partnering with SiriusXM for a channel devoted to not only his life’s work, but also second and third generations of artists he has inspired (including our own children and grandchildren), reflects the continuing reach of Bob Marley’s music and message beyond the boundaries of time and genre,” said Rita Marley, Co-Founder of Tuff Gong International and wife of Bob Marley.

“Bob Marley and his music transcends time, reaching fans and listeners of every generation across the globe,” said Scott Greenstein, President and Chief Content Officer of SiriusXM.  “We are so proud to work with the Marley family to bring this full-time channel to life with his music, his message of social justice and his legacy, represented by members of his family and those that knew him best.”

Subscribers are able to listen online, on-the-go with the SiriusXM mobile app, and at home on a wide variety of connected devices including smart TVs, devices with Amazon Alexa or the Google Assistant, Apple TV, PlayStation, Roku, Sonos speakers and more. Go to www.siriusxm.ca/ways-to-listen/ to learn more.

SiriusXM’s The Joint channel will continue to be available on the SiriusXM app and on siriusxm.ca.

It’s been a long time running

Alice Cooper announces stop in Penticton with Buckcherry this spring!

Big, small or in between, wild animals should not be pets

Christmas is on full fledged and bring on the Christmas Angels.