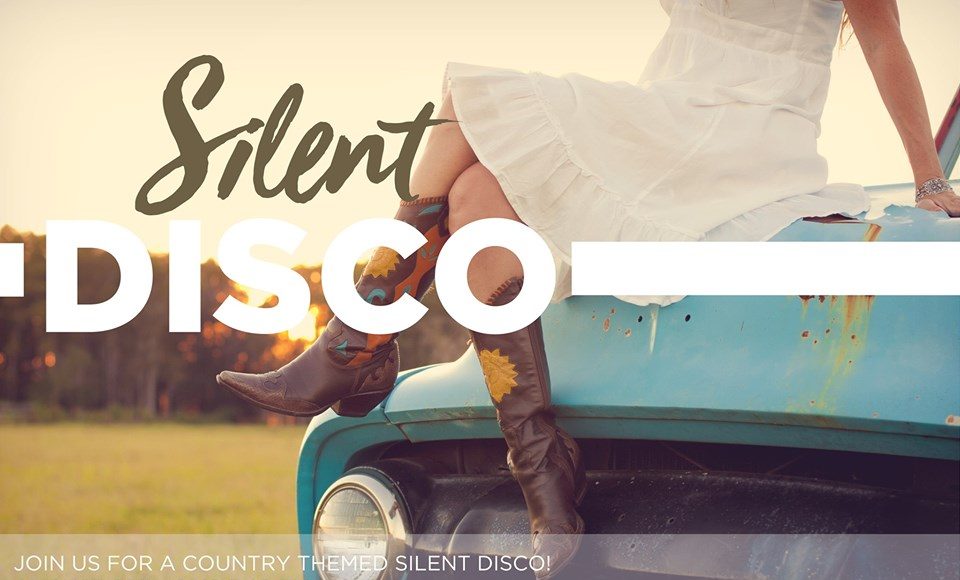 Silent discos are quietly becoming all the rage through Europe and the States and here in wine country Okanagan, one of the best patios on the Naramata Bench is inviting you to silently dance the night away.

Bench 1775 Winery has been quietly hosting silent disco parties on their stunning patio all summer long and now is your chance to get in on the fun.

On Friday, Aug. 30, Bench 1775 is hosting their Vines, Boots and Wine Country Roots Silent Disco from 7 to 10 p.m. DJ Shakes will spin tunes that are sent to wireless headphones worn by all party-goers. There are two channels to choose from.

Bench 1775 has put on at least four themed silent discos since June and the response has been overwhelming with the dance floor filled with happy dancing feet, smiling faces and strangely, no sound.

“The whole motivation for silent discos came from growing complaints in our neighbourhood and friction between newly arriving residents and active wineries on the Naramata Bench,” said Valeria Tait, Bench 1775 general manager and winemaker.

“We regularly hosted afternoon music on Saturdays from 1 to 4 p.m. which we had to change to acoustic only. To serve our guests who really enjoyed dancing at our music events, but also being mindful of our neighbours, I contracted a DJ with the silent disco headsets,” said Tait.

“At first, I worried that no one would come or worse, people would be too shy or feel silly with the headsets,” she said.

“Quite the opposite happened. As soon as people put the headsets on and were encapsulated in their channel of choice (you can choose two DJ streams) they immediately started dancing.”

“Our patio is so magical in the late afternoon to evening, and silent disco is fun and inclusive,” she said. “And it doesn’t disturb our neighbours.”

Bench 1775 arguably has the best patio on the Bench with its vast vistas of the sloping vineyards trailing down to the blue shimmer of Okanagan Lake below. Their signature red patio furniture make this a postcard perfect place for a dance party.

This summer they have held a Pride-themed disco. They also held a 1950s and luau themed disco. On Aug. 2, they sold out their En Blanc silent disco.

Tickets are $25 and include a complimentary shuttle service. Only 75 tickets available. This is their last silent disco of the season.

But with these silent dance parties being so popular, Bench 1775 is already looking to next wine season to put on the headphones and dance in the sunset.

If dancing isn’t your thing, Poplar Grove Winery on Naramata Bench is showing the popular wine movie Sideways on Aug. 24.

For $16 per person, watch Sideways, sipping on a Syrah, eating truffle oil popcorn finished with a rose ice cream.

Sideways is the 2004 smash hit movie about two middle aged men touring Napa’s wine country before one of them ties the knot. One of the friends is a wine enthusiast and huge pinot noir fan.

In the movie, he meets a winemaker and goes on in length of “pinot’s potential” and how it is “Thin skinned and temperamental.”