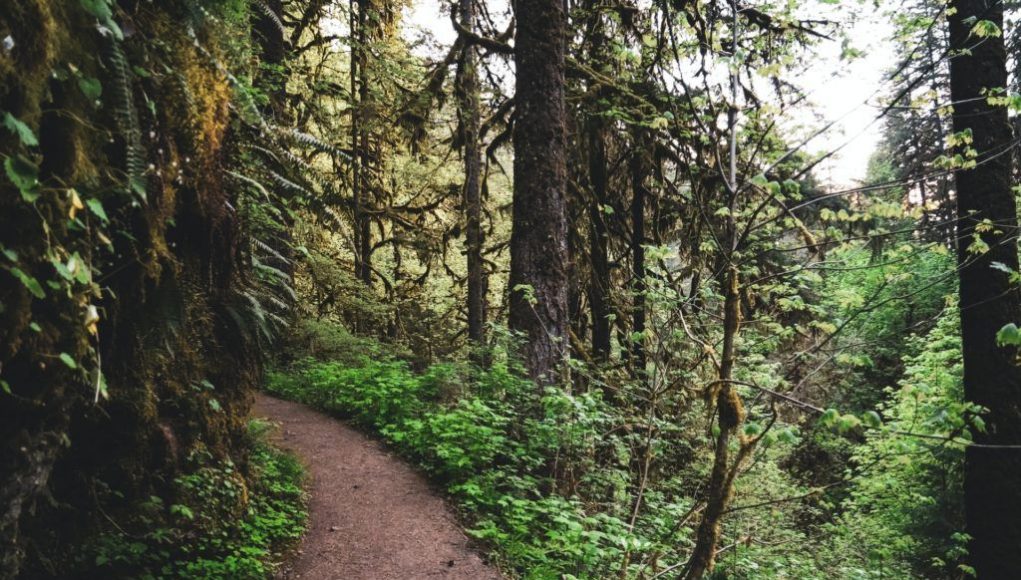 Anyone who’s read the book I wrote with Wayne Grady, Tree: A Life Story, or Peter Wohlleben’s The Hidden Life of Trees, knows there’s a big difference between a healthy forest and a tree plantation. Primary forests, especially old-growth, are complex, interconnected communities, with a variety of trees of different ages and sizes that communicate and share nutrients through complex networks of fungal mycorrhizae.

Instead, we’re clear cutting and burning them at an alarming rate — all for the sake of economic growth.

Tension between outdated extraction-based economics and the desire to protect that which makes the planet habitable for humans and other life is coming to loggerheads at Fairy Creek northwest of Victoria on Vancouver Island. A tributary of the San Juan River, it’s one of the last unlogged watersheds on the island and one of the largest intact old-growth forests in the region outside of parkland.

Instead, we’re clear cutting and burning them at an alarming rate — all for the sake of economic growth.

Since August, opponents have set up camp to prevent Teal Cedar Products from logging the area. On April 1, the B.C. Supreme Court granted the company an injunction to have the blockade removed. The forest protectors refuse to leave.

Although Teal vice-president Gerrie Kotze says the company plans to log a small area “with the care and attention to the environment British Columbians expect,” the standoff is indicative of a larger issue around how old-growth forests are treated in Canada, particularly in B.C.

In March, the Sierra Club, Ancient Forest Alliance and Wilderness Committee released a report card giving the B.C. government a failing grade for not adhering to short-term recommendations for protecting old growth outlined in an independent study from last year.

As part of a three-year timeline to improve practices, the study called for development in old forests with high risks of irreversible biodiversity loss to be deferred within six months. Although the province announced it would defer harvesting in nine areas, totalling 353,000 hectares, much of it’s in high alpine areas or is second growth. Sierra Club senior forest and climate campaigner and science adviser Jens Wieting told the Times Colonist the deferral represents a small fraction of at-risk old-growth forests, and the government has yet to set a work plan or commit any funding.

At the current rate of logging, “many endangered old-growth ecosystems like those in Fairy Creek will be logged to the brink within three to five years,” Wieting said.

The B.C. government says it’s committed to implementing the study’s 14 recommendations — which include “full involvement of Indigenous leaders and organizations” and support for “forest sector workers and communities as they adapt to changes resulting from a new forest management system.” But Forests Minister Katrine Conroy also argued a moratorium “risks thousands of good family-supporting jobs.” If “good jobs” depend on destroying the natural systems our health and lives depend on, it may be time to rethink our approach to work.

An interactive map released in February by Prince George–based Conservation North shows how dire the situation is for B.C.’s old forests. Very little of the province’s primary forests remain and much of what does is in the high mountains. Primary forests encompass more than just old growth, as some have regrown after natural disturbances such as wildfires.

A primary forest is much more complex than a replanted forest, providing food and shelter to other life. This makes it an ecosystem rather than a tree farm.

The differences between primary and second-growth forests are vast. In an unlogged forest where trees are able to go through a natural cycle, they eventually become snags (standing dead trees) that provide habitat. When they fall, they become nurse logs, which nurture seedlings. The root structures of trees nurtured by nurse logs provide dens for wildlife.

A primary forest is much more complex than a replanted forest, providing food and shelter to other life. This makes it an ecosystem rather than a tree farm. Old-growth forests also store far more carbon.

Old-growth and all primary forests are irreplaceable. We need to respect the interconnected natural systems that are so important to life. It’s time to stop the logging at Fairy Creek and all old forests in Canada.