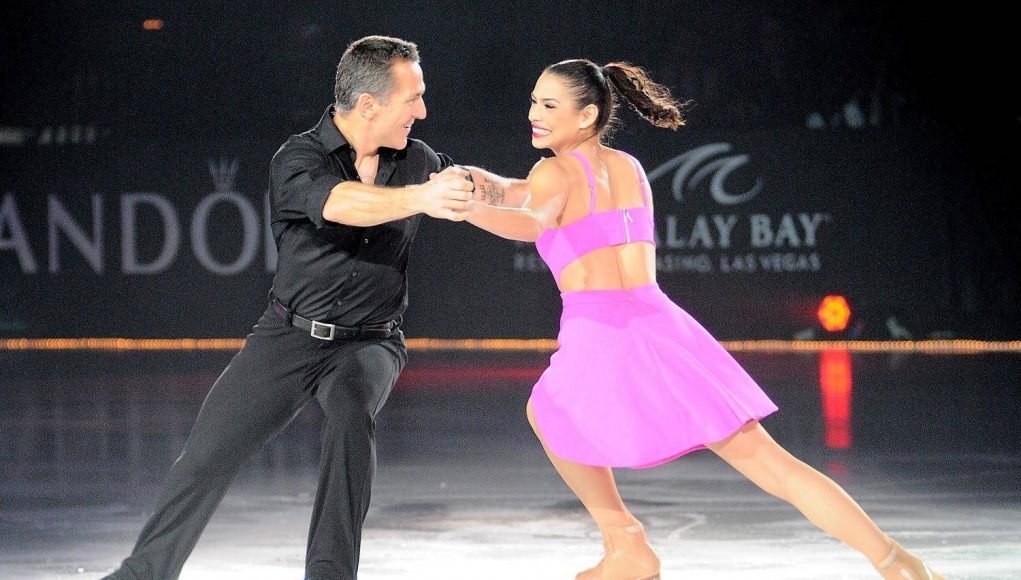 Elvis is about the enter the building at the South Okanagan Events Centre (SOEC) Sunday night as part of the Rock the Rink national tour that will feature some of the greatest figure skaters in Canadian history.

Stojko will be sharing the stage with legendary Canadian dance pair Scott Moir and Tessa Virtue, who recently announced their retirement from skating following the Rock the Rink national tour, which kicks off Saturday in Abbotsford before coming to Penticton Sunday evening. The 28-show tour will travel across Canada, with one show in the U.S., until the end of November.

Stojko told Gonzo Okanagan during a phone interview Thursday from Abbotsford that being able to share the ice with some of the greatest skaters in Canadian history is an honour and thrill.

“We’ve just finished three full weeks of rehearsals,” he said. “We’ve all suffered together and it’s been a lot of work, but it has all been really great and we’re just looking forward to start doing shows.

“Being able to do this tour with Virtue and Moir, who are probably the best ice dancing team in history and Patrick Chan, who is one of Canada’s greatest men’s champions, is obviously very exciting.”

After retiring from competitive skating in 2002, Stojko spent four years travelling around the world in various professional figure skating organizations.

In 2006, he decided to take a two-year hiatus from the sport and enjoyed a quiet life in Mexico. He met his current wife in Mexico, got married in 2010 and started a family.

He returned to professional skating in 2009 by headlining “smaller shows” in Canada and around the world.

Last year, he was a headline performer in the hugely popular Thank You Canada tour, which, like Rock the Rink, integrates live music along with cutting-edge sound, lighting, video and special effects.

Being a grizzled veteran presents its challenges, but sharing the stage on ice with world champions like Virtue and Moir and Chan keeps him young, said Stojko.

“The Thank You Canada tour that started last year was wonderful,” he said. “I’m so lucky that my body is still allowing me to do what I do at my age. I’ve watched this younger generation of skaters growing up.

“With Tessa and Scott, I watched them when they were just wee little guys and I was just finishing my competitive career. So being able to watch these guys coming up and representing Canada, has been phenomenal. To see them break records, become world champions and do so much for the sport is such an honour. It has just been awesome and I consider myself so lucky to just be part of this tour.”

Stojko hinted strongly that his professional skating career will soon be coming to a close as he continues what has become a successful acting career.

“I’m obviously still skating, but I’m really focusing on my acting career,” he said. “I recently appeared on Murdock Mysteries and really enjoyed that experience. I’ve also been doing some independent stuff and have joined ACTRA (Alliance of Canadian cinema, television and radio artists) and am looking for more work all the time. I’m really concentrating on acting because I know I can’t keep skating forever.”

He recently made his professional acting debut as smooth-talking lawyer Billy Flynn in a production of Chicago, The Musical and audiences can see Stojko’s incarnation when this production opens at Toronto’s Princess of Wales Theatre next March.

He doubled for Robin Williams in the 2002 film Death To Smoochy and portrayed a hockey player in the 2000 television movie called Ice Angel.

Rick the Rink takes a step beyond what figure skating fans are used to and provides for an unforgettable evening of entertainment, he said.

“We’ve worked really hard in rehearsals and it’s going to be really exciting to get in front of an audience to see the reaction,” he said. “In my particular performance, it’s all done to rock and roll, classic rock. It’s a high energy performance with some great music and special effects and it’s a lot of fun to skate to.”

Stojko said it’s going to be difficult to leave the world of figure skating, but the time is coming soon to pursue other avenues and spend more time with his wife and children and switching his energy to his acting career.

Tickets for Rock the Rink are available at the SOEC box office at ValleyFirstTix.com. Tickets start at $43.50. Doors open at 6 p.m., with the show set to start at 7 p.m.