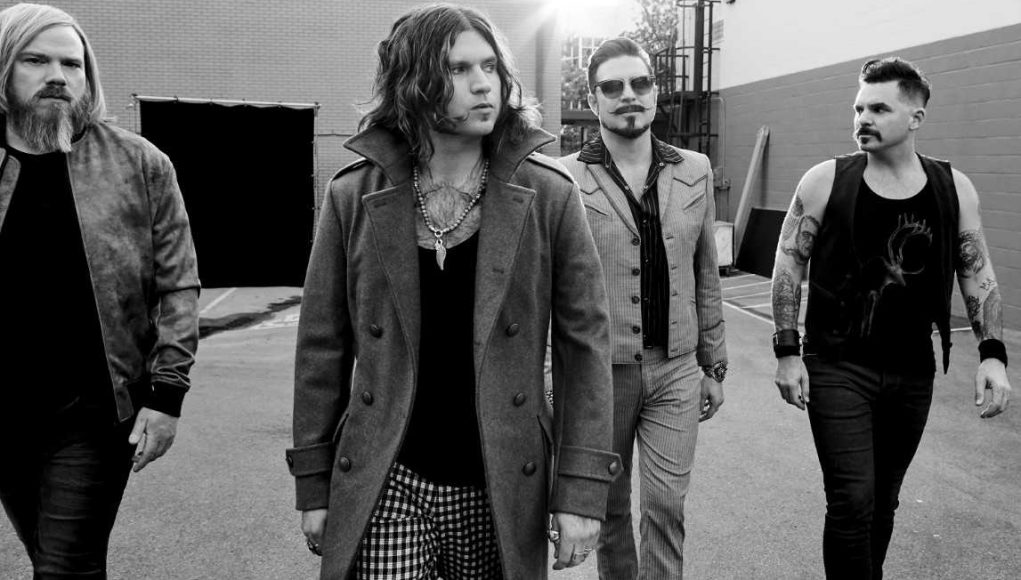 Once very few years, you hear a song – and a band – that sends shivers up the spine. A band you think just might be able to become “the biggest band in the world” if all the stars in the rock universe align. That band, in my humble and music-loving opinion, is called Rival Sons.

They are simply incredible.

I can’t remember the last time a band wrote so many great songs that you simply can’t get out of your head.

Formed a decade ago in Long Beach, California, Rival Sons have everything, and I mean everything, it takes to become rock and roll legends.

Their latest album, called Feral Roots, was released several months ago and it just might be the best hard rock album of the last 20 years.

For the uninitiated, Rival Sons bring a mixture of monster riffs, amazing musicianship, outstanding lyrics and the otherworldly voice of lead singer Jay Buchanan, who just might be the best singer rock and roll has seen and heard since the days of Led Zeppelin’s Robert Plant, Bad Company’s Paul Rodgers and Queen’s Freddy Mercury.

When you add his incredible charisma, on-stage presence and the massively-talented band behind him, Buchanan is one of those rare performers you can’t take your eyes off every second he’s on stage.

Buchanan and drummer Mike Miley grew up in Long Beach. They met up with guitarist Scott Holiday back in 2006 when Holiday was searching online for a singer. Miley had previously worked with Buchanan as well as being a member of the alt-rock band Veruca Salt and the Carson Daly television show band.

Buchanan is a killer guitar player, which is obviously a necessity for any band intent on world domination and Miley is a monster on drums.

Since forming in 2009, the prolific rockers have released five full-length albums and one EP.

While they are certainly not household names, Rival Sons do have a large and loyal following across the United States and Europe and many other parts of the world.

They have been invited to open for Aerosmith, AC/DC, Alice Cooper and Kid Rock and most recently were the opening act on a world tour for legendary rockers Black Sabbath.

You don’t get to open for bands like this without possessing substantial talent and street credibility.

A couple of years ago, I was browsing YouTube listening to some tunes and came across Rival Sons and was immediately impressed to say the least.

However, after listening to Feral Roots repeatedly over the past couple of weeks, I can’t remembering listening to a hard rock album this good since, dare I say, Appetite for Destruction.

Their 2011 album called Pressure and Time reached No. 1 on Amazon’s Hard Rock best sellers list and No. 19 on the Billboard Hot 100.

Over the past decade, there are three bands that I’ve constantly and continually praised for their excellence believing they could attain world dominance.

Those three American bands are My Morning Jacket, Drive By Truckers and Alabama Shakes.

My Morning Jacket remain one of the best bands of the past 20 years, but they are too quirky and non-commercial to reach superstardom. Drive By Truckers are the best southern rock band of the past 20 years and continue to produce brilliant music. They also helped spawn the solo career of the incredible Jason Isbell, who just might be the best songwriter in the world today.

Alabama Shakes are incredibly popular and lead singer Brittany Howard is a force of nature, but they still haven’t achieved the mass success so many predicted.

British bands such as Radiohead, Oasis and Muse have filled stadiums and gained worldwide notoriety and millions in record sales, but they don’t have the universal appeal Rival Sons is capable of attaining.

Rival Sons have taken on and succeeded in paying homage to classic hard rock made so popular by bands such as Zeppelin and Bad Company, but at the same time sounding modern, original and completely unique.

The members of Rival Sons, on the other hand, are grizzled veterans with a firm grip on the present and a commitment to keeping loud, powerful, hard rock and roll alive and well.

I spent one afternoon recently listening to dozens of Rival Sons tunes and I can honestly say there wasn’t one I didn’t like – a lot.

Listen to their covers of James Brown’s It’s a Man’s Man’s World and Amy Winehouse’s Back to Black and you will see just how diverse and talented this band really is.

Once you hear Buchanan’s powerful voice and Holiday’s melodic power chords, I can guarantee you will get the same shivers down the spine.

If their next album is anywhere as great as Feral Roots, there’s no reason to believe Rival Sons won’t break through and become the household name their loyal fans believe they deserve.