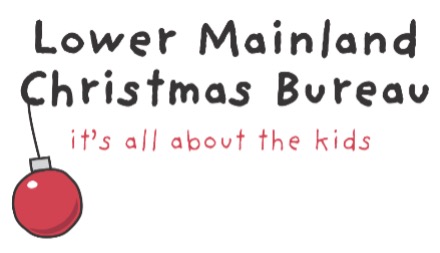 The Lower Mainland Christmas Bureau will hold a special toy drive in support of community agencies and those affected by flooding.

What: LMCB Fraser Valley Toy Drive!When: Saturday, December 11thTime: 9am – 3pmLocation: 360 Collision Centres, 31450 Peardonville Road Abbotsford (Located just off Highway 1, take either Mount Lehman or Clearbrook exit) “Over the past several days the Lower Mainland Christmas Bureau began receiving calls from our partners in communities affected by the recent flooding for logistical and other supports,” says Christmas Bureau Executive Director Chris Bayliss. “Of course, we responded with a commitment to ensure that no child go without a toy under the tree this Christmas.” Bayliss continues, ”For more than 90 years, our families have felt the warmth of Christmas and winter holidays because of the shared generosity of our community through the Lower Mainland Christmas Bureau, which supplies toys across the region, including into most of the communities affected by flooding.” The Lower Mainland Christmas Bureau (LMCB) works with up to 40 other bureaus and agencies across BC each year, providing material support, and shipping more than 100,000 items to them for their holiday programs, as well as acting as the Christmas bureau for Vancouver residents, where they assist an average of 1,000 families annually. The Bureau also distributes over $70,000-worth of supermarket gift cards to those families. This special flood response toy drive thru event is the result of several organizations who responded without hesitation to make it happen including 360 Collision Centres and 360 Group of Companies, The Jim Pattison Foundation and 9-1-1 service providers including the Abbotsford Police. Christmas Bureau volunteers will be accepting monetary donations via cash or tap and new, unwrapped gifts. COVID-19 best practices and protocols will be followed. For more information about the Lower Mainland Christmas Bureau visit: www.LMCB.ca About the Lower Mainland Christmas Bureau:Since 1930, the Bureau’s number one goal has been to ensure that every child in our community has a smile on their face on Christmas Day. In their regional role, the bureau works with up to 40 other bureaus and agencies, providing material support and supplying around 145,000 items. In their role as the Christmas Bureau for Vancouver residents, the bureau assists 1,000 families on average annually.