Home GO! - Music General Polaris Prize and JUNO Nominee, Begonia, sets her sights on the BC... 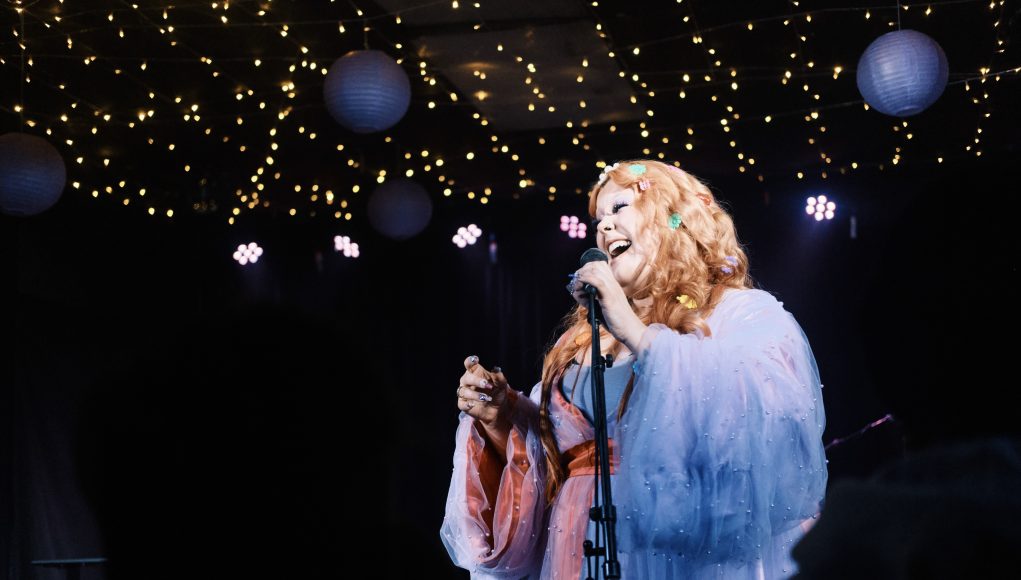 Polaris Prize and JUNO Nominee, Begonia, sets her sights on the BC Interior

One of the Canadian music scene’s best-kept secrets is coming to the BC Interior later this year. Winnipeg pop diva, Begonia, is set to play three dates across Revelstoke, Vernon and Penticton.

Begonia’s Penticton performance will take place at the Cleland Community Theatre on November 21, 2022, at 7 pm as part of the Route97 Culture Road Trip Series.

Tickets go on sale on September 15 and can be purchased here. Begonia (Alexa Dirks) launched into the Canadian music scene on the strength of her critically acclaimed 2017 EP Lady In Mind. The indie pop singer has received media praise and numerous awards and had two #1 songs on Canada’s CBC national radio chart. As Begonia, Alexa Dirks has blossomed into a glittery supernova who feels like music’s best-kept secret to her fans.

Begonia released her audacious debut full-length album Fear in September 2019. Fear is a deeply personal album bursting with ruminations on solitude, self-doubt, anxiety, and panic, all bundled up in that serene feeling that comes with an artist fully embracing their past and present self. She wrote and co-produced the record with a close-knit team of collaborators: Matt Schellenberg and Matt Peters of Royal Canoe, along with Marcus Paquin, who has previously worked with The National, Arcade Fire and Local Natives.

Fear was nominated for a JUNO Award for Adult Alternative Album Of The Year and was longlisted for The Polaris Music Prize. It was one of Exclaim!’s Most Underrated Albums of the Year, made end-of-the-year lists from CBC Music and Dominionated, and saw both “Beats” and “Hanging On A Line” named as CBC Music Top 20 Fan Favourites of the year. Fear also spent 10 straight weeks as the #1 album in Canada on Earshot’s Top 50 chart. Songs from the album can be heard in numerous productions on Netflix and the Oprah Winfrey Network, and NPR has also named Begonia as one of 10 Artists You Need to Know.

In other words, she’s a star on the rise. It’s not every day that the CBC’s Tom Power says the following about an artist: “I gotta tell ya, that’s about as good as you can do. That’s about as great as we’ve had, man. That’s something else. That’s really beautiful.”

Mark Greenhalgh of Penticton’s Misty Mountain Productions is one of the co-creators behind the Route97 Culture Road Trip Series, and he explains that the Begonia show and the series as a whole are part of a bigger picture:

“We’re delighted to have Begonia coming to the region! Our vision is not just about our series. We are striving to build the region as a viable touring option and a venue “ladder” where artists, both emerging and nationally recognized, can find routing and opportunities for amazing shows in unusual venue settings. To see a series of regional presenters working in sync to create a tour through the region is something that really excites me, and I can’t wait for the Begonia shows!”

“Working collaboratively with the other presenters in the Route 97 Culture project has helped build sustainable concert tours into the interior of BC. It enables us to draw fantastic artists into the region that we couldn’t bring in alone.”

Mandy Wheelwright from Blister Management, a full-time career artist manager with artists Frazey Ford, Kinnie Starr, Steph Cameron and The Be Good Tanyas on her roster, is the other co-creator behind the Route97 Culture Road Trip Series, and she sees a bright future for live music tours in the BC Interior:

“There are a lot of amazing venues here in the BC Interior. As a veteran of the industry, I know our area can often be overlooked for tours, but I hope we can work with others to help change that. We’re working and planning together with other promoters as a cohesive group to help raise the profile, viability and opportunity for Canadian talent in our secondary market in a way that utilizes the best the region has to offer in experiences.”

Begonia is set to perform at Penticton’s Cleland Community Theatre this fall on November 21st, 2022, at 7 pm. Tickets go on sale on September 15th and can be purchased here. Begonia’s other shows in the BC Interior include:

In addition to Begonia’s show, the Route97 Culture Road Trip Series continues with a mix of emerging and nationally-recognized artists such as: