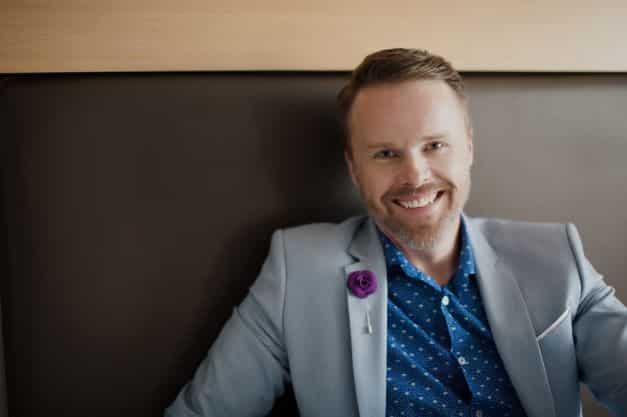 Opera Kelowna is thrilled to present one of Canada’s most celebrated vocal stars, tenor Colin Ainsworth, in a solo vocal performance tour throughout the Okanagan valley.

Tickets on sale now and are selling out fast! www.operakelowna.com/opera-in-concert-transformations

Praised equally for his incredible voice and his magnetic stage presence, Colin Ainsworth enjoys an international career performing with major opera stages and orchestras across North America and throughout Europe. Equally at ease performing in major opera houses or on intimate recital stages, his radiant tenor voice has been described as being “as clear and warm as a sunny August day” (Seattle Times) and “a true gift to audiences” (Toronto Star).

“What a thrill to be able to hear Colin Ainsworth singing live here in the Okanagan” says Opera Kelowna Artistic Director, Rosemary Thomson. “I have followed his career for years and hearing him perform in this live intimate setting will be unforgettable.”

Ainsworth will be accompanied at the piano by Laura Loewen, one of Canada’s most sought after collaborative pianists, who was last heard in the Okanagan performing with soprano Tracy Dahl. Loewen enjoys a national reputation as a collaborative pianist with a robust technique and musical sensitivity. Local musician Ashley Kroecher will join the stage on viola for two selections.

Together, Ainsworth and Loewen have crafted an imaginative program of music designed specifically to bring their listeners from a place of reflection to a place of joy. From the gorgeous Hymns for Tenor by Ralph Vaughan Williams to the ingenious treatment of Beatles songs set by Louis Andriessen the music offers a wonderful variety. The heart of the recital will feature The Length of a Day for tenor and piano by Jeffrey Ryan which sets four poems by Michelle Poirier Brown tracing a dramatic arc which descends into darkness then emerges into light. These moving songs were commissioned by Pacific Opera Victoria specifically for Colin Ainsworth and premiered in April 2021. The recital closes with a madcap romp with Peter Tiefenbach’s (of CBC fame) Chansons de mon placard, a tongue in cheek ode to household items found in the composer’s kitchen cupboards. Opera Kelowna is thrilled to share this exciting concert with Okanagan audiences.