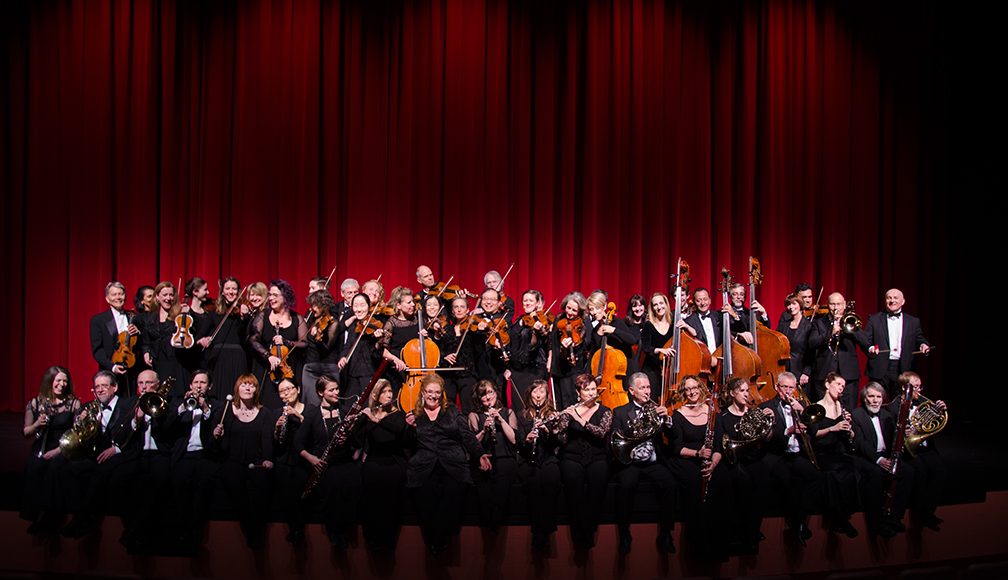 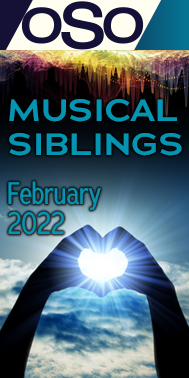 Talented youth are front and centre for this concert. “Okanagan audiences should be enormously proud of the young artists who live and create in our valley. I am delighted to feature two of those artists, Holly McCallum and Angela Zeng, who are long-time friends and fellow cello students on the cusp of their post-secondary studies,” says Music Director Rosemary Thomson. “They will perform Carlo Alfredo Piatti’s Serenata for Two Cellos, which shows off the resonant beauty of this instrument and will no doubt find its way onto everyone’s playlist.”

Traditionally, February’s concert includes our annual side-by-side performance, which features the Okanagan Symphony Youth Orchestra alongside their professional OSO mentors and teachers on stage to perform one work together. Regrettably, current public health restrictions limit the number of people on the stage, rendering inclusion of the full youth orchestra impossible. We are pleased, however, that a small number of students will represent the full youth orchestra and join the OSO for Bedrich Smetana’s Die Moldau. Thomson describes this work as “a magnificent score that takes us on a musical journey from gentle stream to majestic river, mirroring the journey of every music student.”

As well as the Serenata and Die Moldau, the program builds on the theme of siblings with Fanny Mendelssohn’s Overture in C, Felix Mendelssohn’s The Hebrides, Op. 26, Mozart’s Marriage of Figaro Overture, and Joseph Bologne’s Symphony No. 2. “Fanny Mendelssohn composed side by side with her brother Felix, while in his time, Joseph Bologne was venerated alongside his musical kin, Mozart,” explains Rosemary Thomson. “Recent OSYO grads Holly McCallum and Angela Zeng have played duets together since they started studying the cello. While we are unable to present the full side-by-side with OSO and OSYO, the modified performance captures this same spirit of family music-making.”

About Holly McCallum
Nineteen-year-old Holly completed her Associate of the Royal Conservatory of Toronto (ARCT) in piano and is currently working on her ARCT in cello in pursuit of a career in cello performance. Holly’s achievements include numerous awards and scholarships at local music festivals; runner-up in the string categories five times in the BC music provincials; and a national finalist award in the Canadian Music Competition. Holly was a member of the OSYO for ten years, held the position of principal cello for three, and performed the Elgar Cello Concerto with them in 2019. She is currently studying cello with Morna Howie, John Kadz, and Johanne Perron.

About Angela Zeng
Sixteen-year-old Angela Zeng is a grade 12 student at Kalamalka Secondary School in Coldstream, BC. She has played the cello for ten years and studies with John Kadz, Johanne Perron, and Morna Howie. Angela was a member of the Okanagan Symphony Youth Orchestra for eight years and held the position of principal cellist. She regularly competes at local festivals in Kelowna, Kamloops, and Salmon Arm. She was chosen to play at the BC Provincial Festival multiple times and earned runner-up Provincial Strings Junior A in 2017, first place Junior B in 2018, and runner-up in the National Class in 2019. Angela has also competed multiple times in the Canadian Music Competition in the Calgary chapter.

With audience capacity restrictions at 50 percent, the OSO continues to follow all public health directives to ensure the safety of musicians, Symphony staff, and patrons, ensuring adequate spacing between seats. Ticket holders will be required to show their BC Vaccination card, as proof of vaccination to access the theatres.