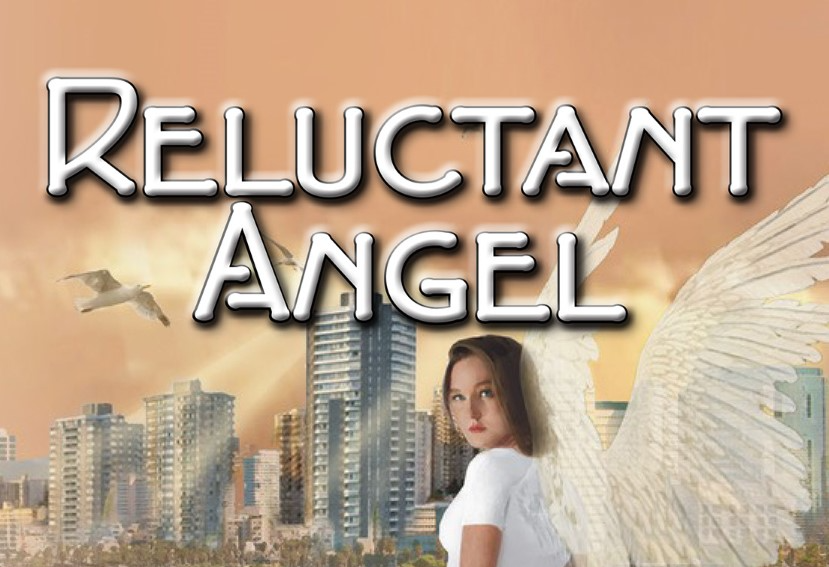 Darcy Nybo’s novel, Reluctant Angel, is out just in time for holiday gift giving. Nybo, who recently returned to the Okanagan after a five-year hiatus on Vancouver Island, says she’s happy to be home and able to release her first novel from the Okanagan.

“I’ve done a lot of writing for periodicals over the years, as well as published children’s books and short story collections, but this is my first novel. I started writing it in the Okanagan, and seventeen years later, I decided it was time to revise it and get it out of my computer and into the public’s hands.” 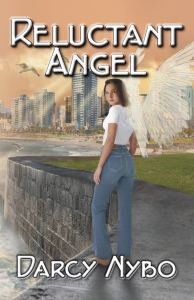 Reluctant Angel is the story of Ana Murphy, a 28-year-old living in Vancouver in 1986. Ana was supposed to die on her 28th birthday, but she doesn’t. Instead she wakes up from a serious brain injury to discover that ten years previous she’d signed a contract that makes her a real-live guardian angel. Life takes on new meaning as she follows the instructions of her guides and becomes a reluctant angel in human form. From a walk around the block to flying halfway around the world, Ana fulfills her duties. Things get complicated when she discovers she’s pregnant with a child she isn’t sure she wants.

The book is filled with great characters including a drug addict, a self-centered reporter, a rescued cat, and a meditation instructor. There are plenty of twists and turns as Ana and her quirky guardian angels maneuver the space between this world and theirs.

Nybo did a soft release of her book earlier this month and has received great reviews. Jonas Saul, author of over 40 books, including the Sarah Roberts series had this to say about Nybo’s first novel.

“A captivating, riveting tale of a woman thrown into something she doesn’t understand. Nybo is a mesmerizing author to watch out for. This book was an unforgettable ride!”

Elaine Maddex, author of the Wise Woman Series also had praise for Reluctant Angel. “True emotions hit me all the way through. Sometimes anger, sometimes joy, enlightenment, anxiousness, and of course, tears, both of sadness and happiness. I loved this book!”

Nybo says her novel doesn’t quite fit nicely into any one genre. “It’s a metaphysical fiction, with a dash of women’s contemporary, and a large helping of adventure.”

While Nybo would love to do a book signing, with ongoing COVID restrictions, she’s going to have to wait until the spring when it can be an outdoor event. In the meantime, you can order it online through Amazon or Mosaic Books, or, if you are in the Okanagan, you can pick up a copy at Mosaic Books in the Okanagan Authors section.

Nybo is currently teaching creative writing through the University of Victoria and Okanagan College’s continuing studies programs. She has already started the second book in the series, Earth Angels, and is hoping to have it ready for this summer.