Home Lori Welbourne The right to bare chests – On A Brighter Note by Lori... 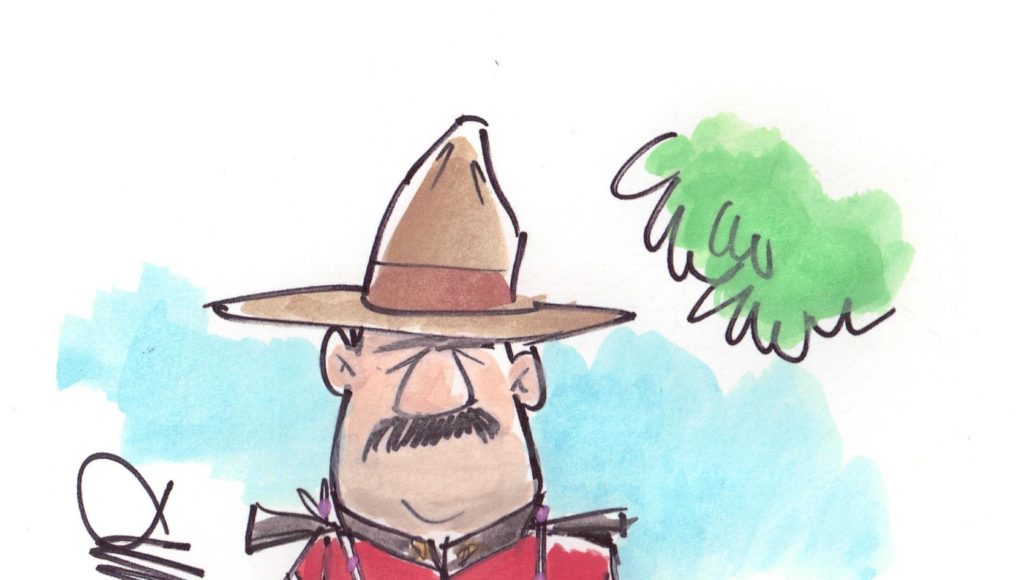 In Canada, wherever a man can go topless, a woman can go topless too. I didn’t discover that until two summers ago after I asked Walter Gray, the mayor of Kelowna at the time, about topless laws within our city.

Although the video was an obvious satire with my pixilated chest and the mayor’s cooperation, news of the interview went viral, and was covered by media outlets all over the world.

The reaction was mixed. Some people thought it was hilarious and pointed out the inequality between the sexes, and others called me an attention seeking whore and lovely stuff like that. I didn’t care. People, especially in Kelowna, now knew about our equality rights in Canada, and women who chose to go topless wouldn’t be wrongfully told to cover up by the police any longer.

But two years was a long time ago I guess, because a young woman named Susan Rowbottom and her friend were told to do just that by a Kelowna RCMP officer last week at Mushroom Beach, a secluded area on the other side of the bridge from City Park.

“He told us it was a city ordinance and he could issue a ticket,” she explained. “He said if we didn’t obey, we could get in trouble.”

Fairly certain he was incorrect, but not wanting to make a scene, she and her friend put their tops back on and Susan decided to check later.

The first phone call she made was to the RCMP where a woman told her that it was definitely illegal.‘It’s not Germany,” she said impatiently. “Obviously there’s laws against it.’” When asked which laws she was breaking she was told to call the bylaw office.

Susan contacted the City of Kelowna and Stephen Fleming, a city clerk, informed her it was legal across Canada. She then called the RCMP back to let them know.

“I didn’t want to be a jerk about it,” she said. “But the police shouldn’t be enforcing a law that doesn’t exist.” After being put on hold three times the same woman she’d talked to previously confirmed it was in fact legal and abruptly hung up.

In interviews, Joe Duncan, the media relations officer for the Kelowna RCMP, confirmed there’s no law for simply being topless and arrests are rare, usually only occurring if the subjects do something sexual. He said in most cases police might ask women to put their shirts back on if there are children around, but it is more of a courtesy than a legal issue.

“The problem with that is it’s condoning discriminatory application of the law,” said Melody Anne Kaiser, a frequent sunbather at Mushroom Beach who’s well versed in topfree equal rights and has defended many women from being harassed. “It’s in violation of our constitution, as Section 15.1 of the Charter states individuals are to be held equally before and under the law. This means law enforcement must apply the law without discrimination, and women, who are citizens of Canada, possess the right to receive equal protection and benefit from the law.”

Susan said she doesn’t like the idea of making people feel uncomfortable, but she doesn’t perceive topless women as being a threat to children.

“I want my kids to grow up and not sexualize a woman’s body,” she said. “I want them to focus on who they are as people.” As the mother of a four year old son who she breastfed well into his toddler years, she’s used to the judgment and rude treatment of others.

“Unless my son was sleeping, I didn’t cover him up while breastfeeding,” she said. “And some people had a big problem with that.”

Personally, I went through a similar experience and even had a close friend telling me that I was obviously breastfeeding for my own sexual pleasure when my son was over a year old. “He has teeth,” she said. “He should only be eating real food.”

Breastfeeding provides an intimate bond with a child that transcends the purpose of nutrition, but it was in no way sexual for me, or any breastfeeding mother I’ve ever known.

That’s how sexualized a woman’s chest has become in North America, though. The primary function of breasts seems lost on too many in our society.

“My son thinks nothing of it when I, or any other woman is topless,” Susan said. “Children who are uncomfortable with this natural state of being are usually learning it from their parents.”

I grew up with a nudist for a father, so seeing naked men and women at the clothing optional beach didn’t faze or harm me or my brother when we were kids. After giggling about it initially, we quickly learned that we’re all nude under our clothes and the human body is nothing to be afraid of.

Perhaps bikini tops for everyone is the solution? That could be fun.

To learn more about TopFreedom in Canada please click here.