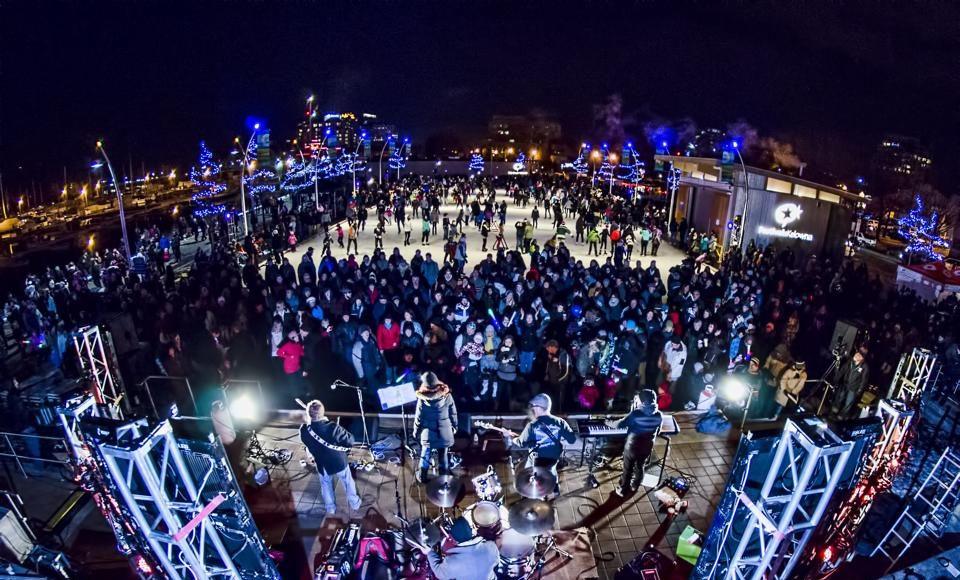 Bands like Hillside Outlaws, Lucky Monkey and Linus Live are going to rock celebrations across the Okanagan this New Year’s Eve.

We’ve got a pretty good list of parties that will make ringing in 2019 a time to remember (well, maybe not remember all of it, but hopefully the great live music.) So far, there are still some tickets left but act fast.

If you want to ring in the New Year wearing your best cowboy boots for the dance floor, check out Hillside Outlaws who are playing two gigs on Dec. 31. First, they are playing a 50-minute set at 7 p.m. at the Valley First New York New Year’s Eve Party at Stuart Park in Kelowna. Then they are off to play the night away at the Barley Mill Pub in Penticton.

“Both shows are going to be super fun. In Kelowna, we can select the songs that will bring a really fun atmosphere,” said Louis Bigras, Hillside Outlaw’s frontman. “Then when we are at the Barley Mill, we will be throwing out all the best songs to sing along to and our best songs too.”

“Denim on Diamonds winner Melissa Livingstone is going to open up the show for us at the Barley Mill which is a real treat for everyone there,” said Louis.

Hillside Outlaws promises to get everyone out on the dance floor for an evening they won’t forget.

“Our job is to make sure everyone has a great time. We’ll be playing the classics like Fishing in the Dark and Wagon Wheel and then we will be playing some of our songs like Girls and Trucks which is getting lots of radio play right now,” he said. “Like our guitarist Langley Jackson says; ‘it will be all killer with no filler.’ That means we won’t do a lot of talking, just playing great music. We will keep it high energy.”

Head to their Facebook page for a chance to win tickets to the NYE show at Barley Mill.

The Penticton band is just coming off three nominations at the BC Country Music Awards, including best song writer for Louis for the song Hair of the Dog. Now they are in the studio working on a new song.

“We hope to be coming hot with a new single in June,” he said. They just put out their music video for their song Hair of the Dog.

If you want to get dressed up to the nines and have front row seats to the best NYE fireworks in the Okanagan, the Penticton Lakeside Resort is the place to be Dec. 31 for their Steal the Night Party.

Trilojay and special guests The Darlings Cabaret will keep you on the dance floor. Overlooking Okanagan Lake, the East Ballroom provides the perfect setting to watch the fireworks and ring in 2019 with 500 or so like-minded party-goers. Tickets include food stations and bubbly for $40. Or stay the night for $199 which gets you two tickets to the party and a night stay. You have to buy tickets in person at the hotel or online.

Kelowna rockers Lucky Monkey are playing New Year’s Eve at Apex Mountain Resort. They just released their super catchy single, Go, as well as their crazy music video to go with the song. They’ve been touring hard and finding their groove on the circuit and really excited about playing Apex.

New Year’s Eve at Apex is pretty epic. You’ve got snow, an awesome bar at the Gun Barrel Saloon, and you have two fireworks shows on New Year’s Eve.

Linus Live at the Packing House

If you’re looking for a party that will keep you dancing all night long to your favourite songs, then head to the Packing House Pub in Kelowna to groove to the sounds of Linus Live.

The talented Kelowna band has been together for eight years and are seasoned musicians who can cover just about anything from Led Zepplin to classic country.

Linus band member Brad Krauza, aka B-Rad, said they love playing music for crowds and put their hearts into every show.
“Music can make you laugh, cry, jump for joy, pick up the most rotten day and bring you back 10 years and the feeling you had at that moment,” said Brad.

If you miss Linus Live on New Year’s Eve, they regularly perform at Blue Gator and O’Flannigans. You can also find them playing at Big White most weekends during ski season.

If you have kids or are on a tight-budget, you can party for free with the Valley First New York New Year’s Eve Party at Stuart Park in downtown Kelowna from 6 to 9 p.m.

Know of a NYE party in the Okanagan that we didn’t mention? Send us the press release or advertisement and we will add it to our event listings!