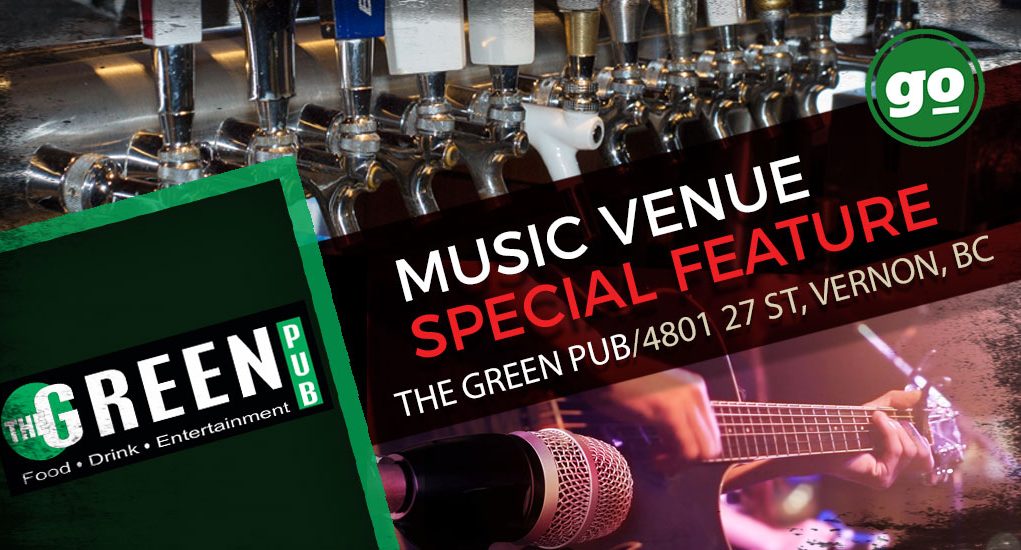 The Green Pub Vernon is a Jack-Of-All-Trades When it Comes to Live Music, Sports, and Community Events.

It’s often hard to find one place that does everything really, really well. When you find it within your community, it’s something to hold on to. The Green Pub is one of these spots in Vernon, specializing in great food & drink and entertainment of all types.

On the surface The Green Pub is an old-fashioned sports bar featuring a full sound system for sporting events, screens on most walls and a massive 10-foot projection screen. Beyond the surface though, it is a hub for entertainment of all types – The Green Pub boasts the largest stage in Vernon, a massive professional sound system, the most beers on tap in the North Okanagan, a growing selection of bar games, and the best party bands on weekends.

Peter Kaz is the manager of special services with The Green Pub.

“We want to keep a lot of what has been successful in the past with Sneakers and The Green Pub, but we’re adding new life to it. We’re hoping to be interactive with bands, to host themed events a couple times a month, and to book more high profile acts.”

The demographic in Sneakers Pub used to be mainly middle-aged folks, but since it has changed over to the new name this has become a peoples’ pub for everyone. Folks from all walks of life have been coming through The Green Pub, as it has truly become a cherished spot in the community. 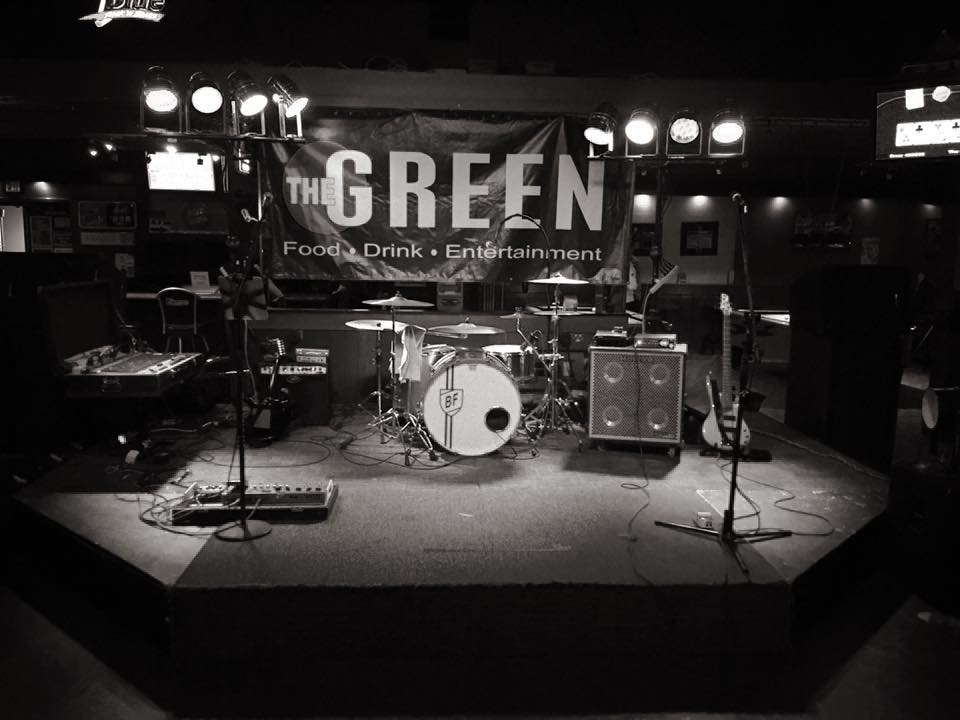 The Green Pub is now operated by a motivated management crew who are driven to ensure they continue to play an important role in their community. It is in the same spot it always has been with The 27 Street Grill and The Village Green Hotel, but has since  been renovated.

The Green Pub has been a music venue for many years, hosting local bands, party bands, and some greats that have come through Vernon. They have hosted The Shaun Lightfoot Band, Legendary Lake Monsters, Noble Crew, The Young’Uns & Timberwolves. They have a resident DJ for their late nights and party events – DJ Mastar Mix, who specializes in fantastic mashups of songs old and new.

In a further effort to ensure they are the go-to community pub, they are also working on designing programming for original acts to perform midweek. There will be more information rolling out on this as we get closer to the summer, but for now they have an all-star lineup of party bands, events and celebrations rolling out over the next few weeks.

There is a pub game section tucked behind the stage which includes two pool tables, a pair of dart boards and a foosball table. They host league nights for darts and pool, and are investing in expanding the game section with a Buck Hunter game as well as  Golden Tee. Tuesdays are pool league nights, and Wednesdays are dart league nights.

The Green Pub shares the kitchen with the hotel, ensuring that the chefs keep a sharp eye on all the fare going out. It is mostly Canadian pub-grub style crafted with care. They boast the best French Onion Soup around, as well as a really great wing night on Thursday nights. A fan favourite is ordering a 1 flavor ie: salt and pepper and asking for the caddie of sauces to dress your own wings. They also do off-site catering for anyone looking to serve food at their own event. 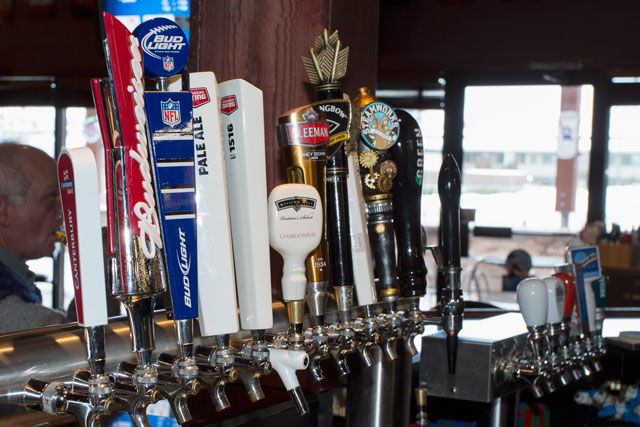 There are 24 taps on site as well as dozens of brands in cans & bottles, so finding a beer that your picky craft beer buddy will like shouldn’t be a problem. One the highlights from the cocktail menu is the Dill Caesar – a delight for any discerning Caesar lover. The Green Pub keeps it all affordable as well, which can be extremely helpful in these slow winter months. They offer 3 to 5 drink specials daily, and often have a food special to help ensure you get fed too.

While pubs are often unable to accommodate kids, The Green Pub is actually kid-friendly until after dinner, which has allowed many families to continue coming back to The Green Pub for Champions League soccer, Olympic Games, NHL Games, Birthday Parties and much more. The Green Pub even hosts all-ages events like Battle of The Bands, concerts, and even the occasional Princess Tea Party.

The Green Pub has been a regular supporter of the Vernon Winter Carnival, and host a regular all-ages band during spring break. They also host swap meets in the parking lot, as well as Car Shows. They are planning patio parties and othe parking lot events in the summer

The Green Pub is also an event space available to be rented! Between the pub and the hotel’s fantastic ballrooms, they can accommodate trade shows, parties, meetings, weddings and more.

The pub has many live music acts coming through constantly so make sure to check out their events on Facebook here – https://www.facebook.com/TheGreenPubVernon/

For hardcore soccer fans, the pub is holding lunch events for every game of the Champions League until May, plus the world cup this summer.