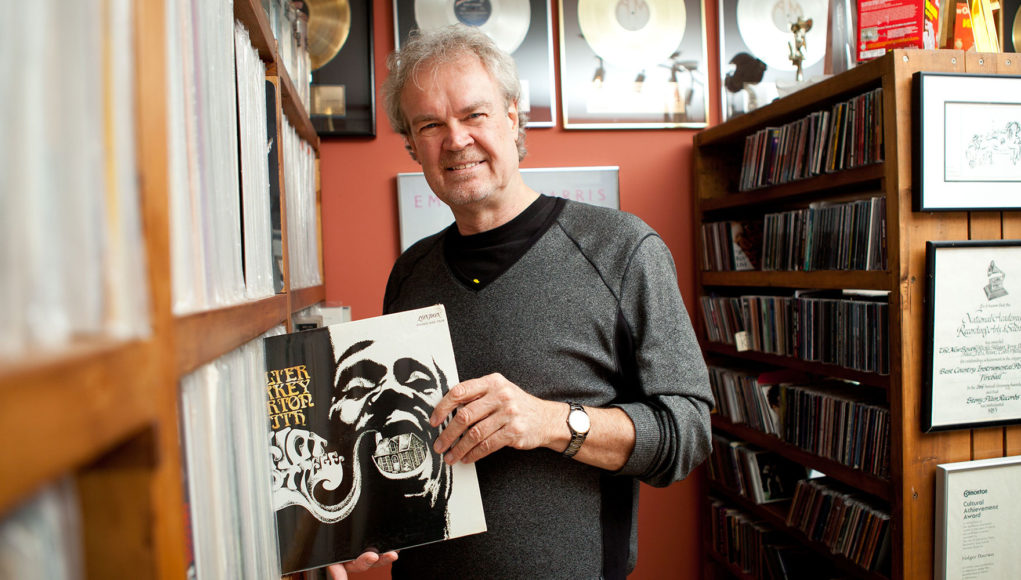 I read somewhere once and have probably mentioned before (it may have come from Stephen King) that talking about music is like dancing about architecture. When it comes to things like album reviews that is mostly true, and I’ve been writing those for 27 years now- but this is different. Talking Music 2 is Holger Petersen (head of Stony Plain Records, host of Natch’l Blues on CKUA and Saturday Night Blues on CBC Radio as well as Sirius XM)’s second volume of interviews from chats he’s recorded mainly for his radio shows.  For anyone with an interest or passion for roots and blues music in particular, this is so far beyond a must read it’s ridiculous.TM2 combines two of my very favorite things; reading and music.  The interviews contained here are from across the years, and some of them are with artists like BB King and Townes Van Zant who are no longer with us.  For a book like this to fascinate and hold your interest each interview should unfold like a good story, and these do.  Holger is an expert guide too- his passion for blues and roots music is evident in the exchanges here, and the depth of his knowledge is clearly more profound than most- this is a guy that really knows his stuff.The magic of Talking Music 2, as with volume one from 2011, is how each of these interviews take you deeper into the music itself.  When I listen to BB King now, I’ll be thinking about Holger’s visit with him in his tour bus shortly before a 2005 gig in Edmonton, and Charlie Musselwhite’s stuff will take on fresh meaning as well.  The same can be said for any of the other artists here whose work I’m already familiar with.The real fun of Talking Music 2, however, is with the artists I may be aware of but am not familiar with- that is where the real discoveries happened for me.  Zachary Richard and the whole Cajun scene in Louisiana, or David Clayton-Thomas of Blood Sweat & Tears… I’m familiar with the band’s hits, but reading about David’s journey brought the music closer.  Townes Van Zandt I’m only acquainted with via fellow Texans Steve Earle and Lyle Lovett, and songwriter Chip Taylor was a revelation.  I was aware Chip had written Wild Thing but did not know he gave up songwriting for a while to become a professional gambler.  Had I been in the room with Chip and Holger, I would’ve also asked him about writing Rock Soldiers with Ace Frehley for his first post-Kiss record.Subtitled Blues and Roots Music Mavericks, TM2 features 25 interviews with people like those already mentioned plus Sam The Sham (fascinating!), Tony Joe White, Steve Miller, Bill Medley, Ronnie Earl, Allen Toussaint, Rory Block, Ronnie Hawkins and so many more. If you have an appreciation for roots and blues music and enjoy a good story, Talking Music 2 is wonderful company- pick up the first one too if you haven’t already.

EDMONTON, AB – Holger Petersen, the amiable host of CBC Radio’s “Saturday Night Blues” in Canada for 30 years (which also airs on SiriusXM channel 169 in the U.S.), will release his second book of interviews for Insomniac Press on December 19, titled Talking Music 2: Blues and Roots Music Mavericks.QUICK FACTSWhat: Talking Music 2: Blues and Roots Music Mavericks, a second collection of conversations with musicians, published by Insomniac Press.Who: Radio host and record company head Holger Petersen talks music and life with more than 25 musicians, singers, songwriters and guitar heroes.When: In bookstores and on Amazon December 19, 2016. $19.95 in Canada and U.S. £9.95 in the UK.More: 466 pps, soft cover, illustrated.Book launch events: Talking Music 2 will be featured at the Blues Summit in Toronto in January, at signing events in Edmonton and Calgary, and at SXSW in Austin, Texas in March.

Veteran Canadian Radio Host Holger Petersen Releases Second Book of Musical ConversationsTalking Music 2: Blues and Roots Music Mavericks — includes 25 in-depth conversations with a variety of roots music artists who have made significant impacts on popular music, ranging from American artists B.B. King to Steve Miller, Wanda Jackson, Solomon Burke, Townes Van Zandt, Dan Hicks, Charlie Musselwhite, Ronnie Earl and Bill Medley of the Righteous Brothers.Canadian artists are certainly not ignored — larger-than-life personalities David Clayton-Thomas and Ronnie Hawkins describe the early days of Toronto’s pop music scene, and influential guitarists David Wilcox and Amos Garrett (together) offer insights from their lengthy careers.THE BACK STORYWhile Holger Petersen’s best known for his blues-based radio programs, he’s just as interested in artists who work in other roots music genres — Cajun musicians Zachary Richard and Bobby Charles, Allen Toussaint, Sam The Sham, Van Dyke Parks, Rory Block, Mose Allison, Billy Boy Arnold, UK singers Maggie Bell and Maddy Prior (together), guitarists James Burton and Albert Lee (together) and songwriters Chip Taylor, Dan Penn/Spooner Oldham (together) and Tony Joe White are among those whose interviews are included.Each of the conversations is introduced by Petersen’s personal recollections of the artists he’s meeting, and the book’s foreword is contributed by Grammy-winning musicologist Rob Bowman.As Bowman explains: “Talking Music 2 is an important collection, as interviews with the majority of the artists included are not common and certainly do not get included in question- and-answer format interview anthologies such as this.“The strength of these interviews is Petersen’s conversational tone and the ease he has with the artists he is talking to.”In addition to his ongoing 30-year run at CBC, Petersen has hosted Natch’l Blues on the Alberta radio network CKUA since 1969. He estimates that he’s done well over 3,000 interviews — and the conversations in Talking Music 2 were originally recorded for his radio programs, or at side-stages at folk festivals. QUICK FACTS ABOUT THE AUTHORHolger Petersen heads up Stony Plain Records, Canada’s longest running independent record label, which is celebrating its 40th anniversary this year. He’s a member of the Order of Canada and the recipient of two honorary Doctor of Letters degrees for his contributions to music. In addition, Petersen was a founder of the world-renowned Edmonton Folk Festival.“Many of the artists I’ve talked to are no longer with us,” he says, “but they seem to come to life again in these conversations.”Some of them may not be well known to a wide public, but every one of them has made significant contributions to roots music. And this book — like Talking Music 1 — honours the music they’ve given to the world.”