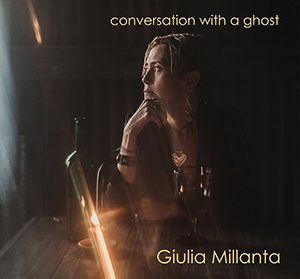 Here is the new (and 6th) album from Giulia Millanta, due out June 22nd, Conversation With A Ghost.  It’s dark and intimate- an exploration of the familiar spirits of loss; loss of innocence, sanity, perspective and love. Listening to this disc is a vital and engrossing.

Originally from Florence, Italy, Giulia moved to Austin Texas in 2012 but you can still hear home in her music.  Produced by Millanta and her guitarist Gabriel Rhodes and recorded live, the acoustic nature of the songs and the delicate finger-picking invite you to come closer. Something about the use of clarinet and accordion in some of these songs gives them an exotic, ethereal dusting, while making you feel at ease at the same time.

I can hear how some might think Conversation With A Ghost is a downer or a bit depressing, but to me these songs feel like thoughtfully considered emotional and spiritual theme sketches. No dance floor thumpers here- which isn’t to say a song like Enough Is Enough won’t get your toe tapping- but that’s okay.  Take some time and get to know Ghost intimately; it’s well worth it.

KEY CUTS: Blinded By The Sun, Enough Is Enough, Violence 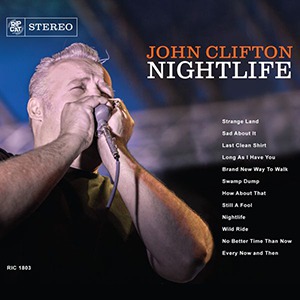 A new disc here from John Clifton, mixing 5 originals with 7 cover tunes.  From start to finish, Nightlife is a total groove-fest of the blues variety.

On Nightlife Clifton effortlessly infuses West Coast and Chicago blues, classic R&B, soul and vintage rock & roll in a mix of vocal and instrumental cuts. John is a great harp player, reminding me a lot of guys like Charlie Musselwhite, Kim Wilson and Harpdog Brown, and when he sings you can hear the joy and passion in his voice for this music.  He and his band play passionately- a requirement for the blues- and as producer, Clifton captures the sound and spirit of these songs perfectly.

Maybe it’s just the discs that get sent to me, but I’m feeling a movement within the blues to capture a vintage and historic vibe and sound circa the early 60’s, and that’s definitely the case here.  John Clifton and his guys keep things fresh and moving throughout Nightlife, maybe this is the kind of music our folks might’ve partied to.  It’s one of those records that doesn’t take long to get lost in, which is a great thing. 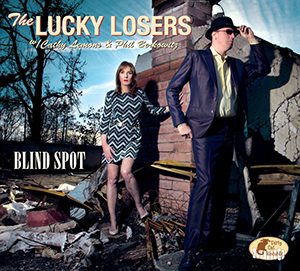 “Phil and I have traveled some of the loneliest highways in America to bring our music to the people” Cathy says.  “In all those travels what we see is a kind of distraction everywhere- almost to the point of madness. I feel so overwhelmed by all this information pouring in from my phone, from news, from tragic headlines.  This album is about a separation from real experience- seeing life through a screen.”

Deep, sociological lyrical concerns aside, Blind Spot feels like the blues being played by jazz musicians; sometimes slick, sometimes down and dirty like when Cathy sings through a harmonica mic.  Put these two ideas together, especially on a song like Last Ride, and there’s a sense of adventure that’s hard to miss.  Blind Spot is enjoyable on intellectual as well as emotional and physical levels- a trifecta, you might say. 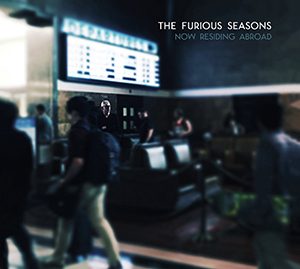 The Furious Seasons are songwriter/ singer/ guitarist David Steinhart, bassist Jeff Steinhart, and guitarist/ vocalist Paul Nelson (not Johnny Winter’s former bandleader) and together they make a richly crafted sound.  The lyrics and David’s way with words recall Paul Simon, both back in the day and on his recent stuff.  Now Residing Abroad is easy to appreciate on first listen with its interwoven lines and textures but to really absorb it, especially lyrically, will take a few spins; the richly detailed lyrics are worth it.

Now Residing Abroad is so quiet and unassuming that as you listen closer, you are drawn in by the unhurried structure of the disc.  I know this sort of thing isn’t everyone’s cup of tea, but I will be returning to this soul-refreshing well often. 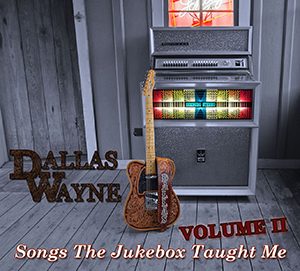 This, the follow-up to 2016’s Volume I, is set to be released June 22nd.  As Ray Waddell of Billboard says, “In case anyone forgot what country music sounds like, search no further.” Dallas Wayne gives us another world-class lesson here in what country music should be.

Volume II is another love letter to classic country music.  Dallas, a radio deejay and Nashville demo singer, delivers these songs in classic style- the way Charlie Rich or Ferlin Husky might have. “(These collections) are a tribute to the songwriters who crafted them, and the artists who sang them- the heroes and teachers who taught me this music” Wayne says.

Unlike the 2016 disc I reviewed back in May I can’t say I’m familiar with many of these songs in their original form, and that makes listening to Jukebox II an act of purest discovery.  If I knew more about the genre I could tell you who did the originals, but I don’t and I wasn’t supplied with that information.  Still, fans of classic 50’s-70’s country music are in for a real treat.

KEY CUTS:  What A Way To Go, I Can Almost See Houston From Here, Stop The World And Let Me Off 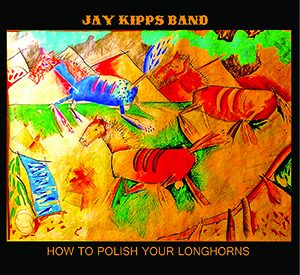 HOW TO POLISH YOUR LONGHORNS Jay Kipps Band (JKB) *** +

Boy howdy, this is different!  A blues/ Americana band that exists somewhere between bluegrass and the blues, riding some sweet blue surf as they flirt with spaghetti western themes.  That’s where the Jay Kipps Band plays, and this is their startling debut.

Blending multiple genres into a cohesive sound is one hell of a trick, but Jay Kipps has done just that. The songs are full of melancholy and hope, led by Kipps’ vocals and tasty harmonica work.  The overall groove is relaxed and unhurried, almost a swinging grind at times that pushes the boundaries of traditional blues into a modern Americana landscape.  Almost sort of a country thang, but loaded with ‘tude.

A staple at The Orangeville Blues Festival since 2014, Jay Kipps Band also delighted audiences at the 2015 Pan Am Games torch ceremonies, and they’ve graced the stage of famous Toronto venues including The Dakota Tavern, Lee’s Palace and The Legendary Horseshoe Tavern. How To Polish Your Longhorns has a kind of outlaw vibe that’s finding audiences, but Kipps’ harp playing says ‘the blues’ to me.  The more I listen, the more I appreciate what they’re trying to do- Webb Wilder would love these guys.