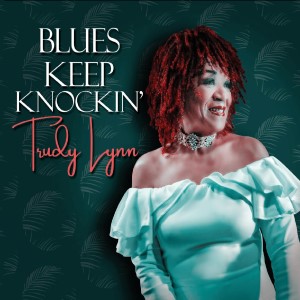 This is Trudy Lynn’s 13th solo album, a sultry collection of songs about good times and bad men. With special guests Bob Lanza and Carolyn Wonderland on guitar and Steve Krase blowing some righteous harp throughout, Blues Keep Knockin’ is ten soul-drenched songs dripping with blues and R&B goodness.  This is the great stuff.

Trudy wrote the title track, and the rest of the songs originate with blues legends like Etta James, Aretha Franklin, Big Maybelle, Big Bill Broonzy and Jimmy Rogers, among others.  Blues Keep Knockin’ has the required grit and righteous sleaze to make it a home run.  I was saying to Mrs. Rock Doctor just last week that, for me, blues is just about the sexiest music around- an idea that Ms. Lynn understands completely.

Prior to striking out on her own, Trudy Lynn (real name: Lee Audrey Nelms, born in Houston’s Fifth Ward) was the vocalist for such Texas greats as I.J. Gosey and Clarence Green, whom she ‘apprenticed’ with for 5 years before striking out on her own.  She was obviously paying attention because she has created a world class blues record here.  The disc was produced by Rock Romano, and kudos to him for pulling such wonderful performances out of all the musicians as well as Trudy herself.  Hers is a muscular ‘take no prisoners’ voice, and the band is with her every step of the way.  This is one of the great blues discs of 2018. 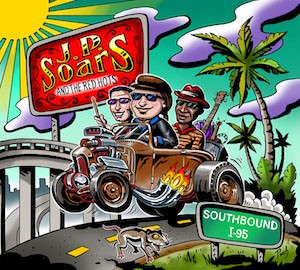 Southbound I-95 is the 4th album for this south Florida bluesman.  American Blues Scene sums JP and his new album up best by saying “he plays a head spinning variety of styles.  What sets him apart from most is that he plays them all well, while still managing to make the music his own.”  Yeah- I’ll have a piece of that, thank you very much!

Born in California and raised in Arkansas, Soars has made Florida his home since 1985.  He’s played in a handful of extreme metal bands, yet counts jazz icons like Wes Montgomery and Django Reinhardt among his influences.  His philosophy about music mirrors my own; “I love T-Bone Walker, Pete Fountain, Louis Armstrong, Guitar Slim, Muddy Waters and Howlin’ Wolf” JP says, “but I also like Willie Nelson, George Jones, Tito Puente, Black Sabbath, Van Halen and Metallica.  If it moves me, I dig it.”  Amen!

On this smartly produced disc, Soars is more than just technique- the songs groove, have soul, and that deeply gritty voice (not unlike Wolf) along with some truly great playing by all concerned creates an outstanding listening experience that is far more than just blues; it’s jazz, Latin, country, you name it.  Southbound isn’t one of those records you have to circle to find your way in; the effect is immediate, and you’ll be smitten.

KEY CUTS: Sure As Hell Ain’t Foolin’ Me, When You Walk Out That Door, Arkansas Porch Party 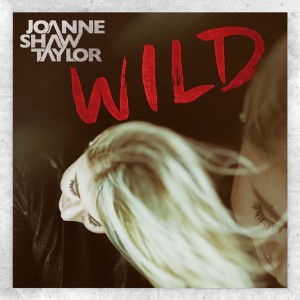 Perfect title for this album. Originally released in 2016, this re-issue is part of Sony’s re-launch of the Silvertone label (home to artists like John Mayall and Buddy Guy) and part of a deal that will see Taylor release 3 new albums on the imprint over the next few years.  That, however, is all boardroom stuff. Wild is a righteous gathering of muscular blues/ rock songs played and sung to perfection.

Production by Kevin Shirley (Black Country Communion, Rush, Aerosmith, Led Zeppelin, Iron Maiden) give these songs a physical presence; they pack a wallop. Joanne has the right voice for this kind of music, and she’s a killer guitarist- described by no less than Joe Bonamassa as “a superstar in waiting.” Wild can be described as a mix of rock riffs with blues influences, and that seems to be Taylor’s sweet spot.  Love the energy of the album overall too, makes me wish I still had my old Camaro and a full tank of gas.

A quick, accurate label for Wild is blues-based rock & roll, played with energy and controlled abandon.  Of her new record deal, Joanne says “to be part of such an iconic label that has released albums by some of my guitar heroes like Buddy Guy, John Mayall and even The Stone Roses is such an honor.”  Joanne Shaw Taylor may not yet be a worldwide household name, but mark my words; she will be.

KEY CUTS:  Dyin’ To Know, Get You Back, Nothin’ To Lose 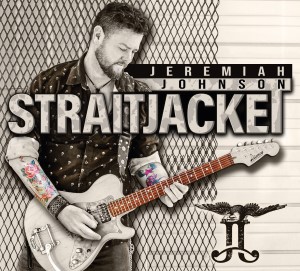 There’s nothing quite like hearing the blues from someone who’s been there and lived it, and that’s just what we have with Straightjacket.  Johnson’s two-decade rise is full of triumphs, struggles and scars. “This album is original American rock ‘n’ blues with southern fried soul” he says.  “I just close my eyes and feel  the music go through me.”

Jeremiah Johnson cut his teeth in St. Louis then honed his craft in Houston before returning home in 2009.  Produced by one of my favourite blues guitarists Mike Zito, Straightjacket is more than just a series of riffs, it’s a collection of personal stories too.  “Let’s just say I’ve had my days with drugs and alcohol” Jeremiah says, “and it took me a long time to get a grip on it. Keep On Sailing is about realizing the people around you are only there because of the drugs and booze.”   “Old School is probably the most important song on this record.” He notes.  “In my childhood, we got in fights, lessons were learned and we all walked away with our lives.  Today, people pull out a gun…”  So, yeah- more to these blues than meets the eye.

There’s rock, boogie and bits of funk mixed in with these blues, coupled with meaningful lyrics, to make for an engaging listen.  “I want people to let this record play from the first to the last note, crank it up at a party, zone out while driving or riding through the night on a Harley Davidson- going on a trip of emotion” Johnson notes. Sounds like an idea. 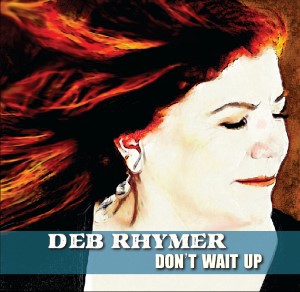 A new album from the Queen of Western Canada’s considerable blues scene.  6 originals and 4 covers here- with Rhymer’s sultry voice and a top notch band that digs in and takes delight in doing these tunes, Don’t Wait Up is another winner.

As Deb struts her way through ten tracks, it’s clear that she’s been influenced by some of Chicago’s shouters.  She and the band deliver a funky, soulful and sophisticated brand of blues here, kissed every now and again by jazz.  The music is deep, but it’s fun too.  Guests include David Vest on piano for It Won’t Be Long and Waking Up Slow, and Bill Johnson plays lead guitar on Let Your Heart Decide, a song he co-wrote with Rhymer.

The cover songs are played with respect and affection; I was delighted with their loping shuffle treatment of the James Brown classic I Got You (I Feel Good), and Randy Oxford does a killer trombone solo on There’s The Door.  Deb’s first album was covers, but the original numbers here are earning their place next to the classics.  No wonder she and the band are mainstays at festivals and clubs, not to mention hosts of one of the most popular and longest running blues jams in the Pacific Northwest, their home base of Victoria BC, on Vancouver Island; they really know how to entertain a crowd.

Using Don’t Wait Up as the measure, I look forward to hearing more good things from The Deb Rhymer Band. 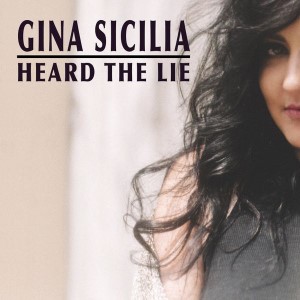 Gina blows the doors off the joint once again with this, her 8th album in something like a decade.  Produced by Grammy-nominated Dave Darling, Heard The Lie is another powerful foray into the world of blues/pop/alt country.

“I’ve never really recorded albums that are straight blues because I’ve always felt the natural urge to write and record my many musical influences” Gina says on her website. “I’ve always tried to write blues influenced songs with pop sensibilities and pop hooks- catchy songs that people can sing along to.  That’s something I tried to do even more when writing this album.”  And boy does she ever, with that deep, rich, almost gospel voice that puts the emotional content of each song- even her re-make of the Bad Company classic Ready For Love- over with room to spare.

Heard The Lie is a mix of dramatic styles- the gospel tinged Light Me Up, Darling echoes a girl group pop style, and How Many Times is an R&B tour de force, the emotional centre of the record for me.  Some might see Man In The Sky as blasphemous, but it’s hard to imagine The Big Guy having a problem with us asking honest questions about Him. I can also see I Do Bad Things being a smash on country radio.

Every time a new Gina Sicilia disc lands on my desk, I expect a lot- and heard The Lie does not disappoint.

KEY CUTS:  Brighter Day, Light Me Up, I Do Bad Things