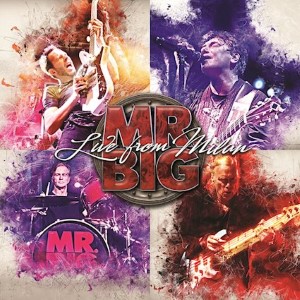 Recorded on last year’s tour to support Defying Gravity, this double disc set features songs from across Mr. Big’s catalogue.  The playing is fierce and some of the performances are thrilling- particularly solos from bassist Billy Sheehan and guitarist Paul Gilbert.  Drummer Pat Torpey’s battle with Parkinson’s was well known by then (he passed away earlier this year), but he sat in for select songs while Matt Starr sat behind the kit for the rest. Smart, melodic hard rock, extremely well played- gimme more of this!

KEY CUT:  Addicted To That Rush 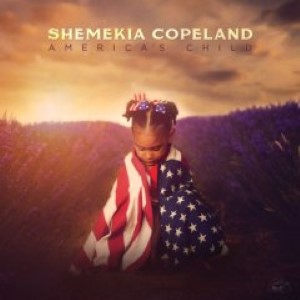 Copeland is a powerhouse blues singer, and America’s Child is a tour de force.  It features songs written specifically for this release alongside carefully chosen covers.  Special guests include John Prine, Emmylou Harris, Rhiannon Giddens, Mary Gauthier, Steve Cropper and more.  The timing for this is perfect; a set of songs about what being American really means.  Well played delivered passionately, this is just what the doctor ordered- delivering a message we ALL need to hear. 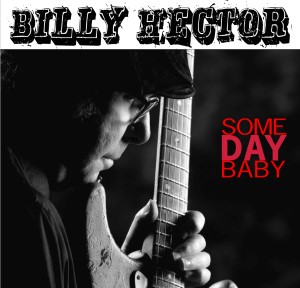 Sings like David Wilcox, plays like Gary Moore- amazing!  With this disc, due out August 25th, Hector injects his blues with plenty of enthusiasm, rock and funk.  He comes from the Jersey shore, but you’d never know it listening to Some Day Baby.  He has a strong singing voice that, like Hendrix, augments his guitar playing in a similar way.  Blues Matters says this is “the stuff of legends”, and the strength of the playing and the songs support that view. This was definitely love at first listen! 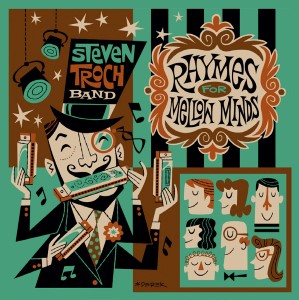 An eclectic collection of original tunes from the Belgian harp maestro, ranging from moody rumbas to swingin’ jazz, shuffles, and rollicking country blues stomps.  I love the way this band lives in each other’s pockets, it’s cool to hear all 9 guys pulling in the same direction as they create a unique vibe.  The songs lead you along a poorly lit path past lost souls, nameless faces like neon-lit hookers, an old hermit and a pretty girl whose boyfriend looks like Woody Allen.  Great playing and twisted, interesting lyrics make Rhymes For Mellow Minds an adventurous trip- enjoy! 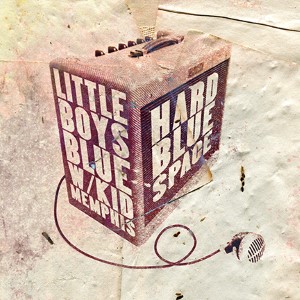 Man, this is some hard time killing floor blues.  Ace blues guitar player John Holiday (Kid Memphis), who played Carl Perkins in Walk The Line (’05) has teamed up with JD Taylor, who actually played harmonica with Perkins.  The result is a collection of Southern Sun Memphis Rockabilly blues dripping with mojo and authenticity- the kind of music that makes you close your eyes and mutter “yeah, yeah..” as you nod and listen. Hard Blue Space is the epitome of southern blues and Americana… this is delicious. 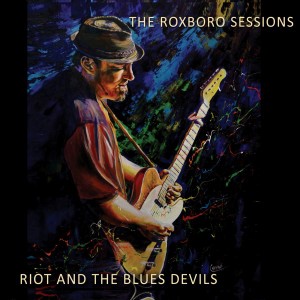 This is the 4th album for this Montreal based trio, Formed in 2001, and they mix the blues with rockabilly attitude, ‘blues-a-billy’ as they call it.  Call it what you want, but it works like a hot damn.  The song writing along with the performances of each (Riot: guitars and vocals… Big Papa Mike, bass… Mark Di Claudio, drums) with an assist from Andre Chretien on keys is spirited and lively.  The line between blues and country is sometimes blurred on a track like Howling At The Moon but the mix of styles works.  Not a false or hard to believe note on this entire disc- take this bad boy for a drive!

KEY CUT:  Walls Are Closing In 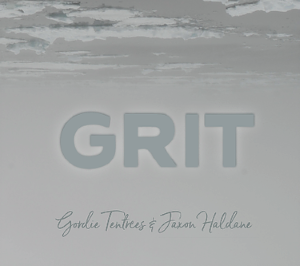 It’s the debut album for these two folkies together and I’m still coming to grips with how I feel about it.  It will take more than just the one spin I’ve afforded each album in this column today, but I’m charmed by the storytelling (Fred Eaglesmith meets Steve Goodman) and Willie P. Bennett is an influence too. Gordie and Jaxon are both multi-instrumentalists, and this was recorded before an audience to capture that live energy. Grit is the kind of disc to throw on when you need some friendly company in your day. 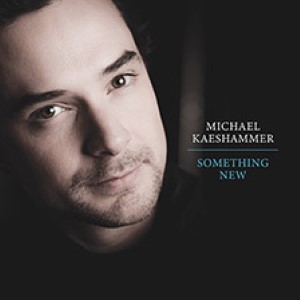 Kaeshammer’s new genre-crossing album is informed by things like pop and the blues, but overall I’d say this is mainly jazz. Recorded in the heart of New Orleans and produced by Michael himself, Something New’s 10 original songs include guest turns by Colin James, Randy Bachman, Curtis Salgado, Jim Byrnes, Amos Garrett and Chuck Leavell.  I like Kaeshammer’s piano playing, and as a singer his voice is warm and intimate without being overly mannered.  This is easy to like on first listen.

KEY CUT:  Who Are You 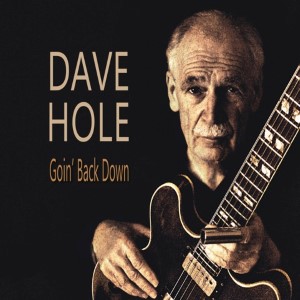 Excellent new album (and the 10th) from this 69 year old Australian bluesman- a rollicking, rocking good time!  Producing and engineering himself, Hole took 3 years to make this record but oh boy was it worth it.  If you like high octane slide guitar Dave is your guy but watch out for new touches too, like the nylon stringed classical guitar on Tears For No Reason.  A song like These Blues Are Here To Stay is simply intoxicating.  “It was probably the most fun of anything to record” Dave says, “just six minutes of rollicking blues.”  Goin’ Back Down is a serious contender for my album of the year.

KEY CUT: These Blues Are Here To Stay 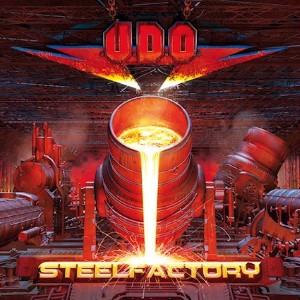 A hard charging set of songs in the traditional heavy metal style of Accept (Udo Dirkschneider’s old band) here, due out August 31st, and it sounds excellent!  Love the palm muted riffing by guitarist Andrey Smirnov, pummelling drums by Udo’s son Sven, and bassist Fitty Weinhold’s throbbing, churning, martial undercurrents.  The songs are simple, straightforward and energetic, much moreso than the classic Accept albums Udo sang on.  Steelfactory isn’t just a good album it’s a great one that really gets the blood up.

KEY CUT:  One Heart One Soul 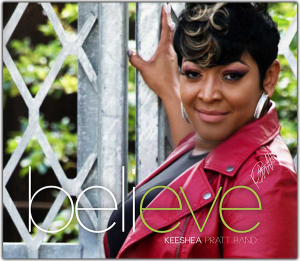 What a set of pipes!  This band serves up traditional, contemporary and futuristic blues with energy and passion.  You’ll also find that, within these songs, they touch on classical, jazz, southern rock, soul, gospel and country for a well rounded & entertaining listening experience. As the singer Ms. Pratt is the focal point, but Believe wouldn’t be as breathtaking as it is without every single member of this band.  No wonder The Keeshea Pratt Band placed first in the band category at the International blues Challenge in Memphis this past January; this is one of those albums everyone should have, 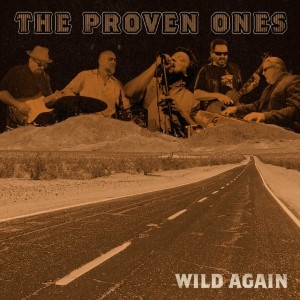 Rough and ready powerhouse rockin’ blues here.  The Proven Ones is an apt name for this band as some of the members have served time with groups like The Fabulous Thunderbirds and Ronnie Earl & The Broadcasters.  I’m almost tempted to call Wild Again rock & roll because it has that sort of oomph- it’s blues, but with that rock spirit, one of my favourite sounds in the whole world.  Vocalist Brian Templeton sounds like Kim Wilson, and that’s fine by me. Wild is one of the most inspiring records of 2018. 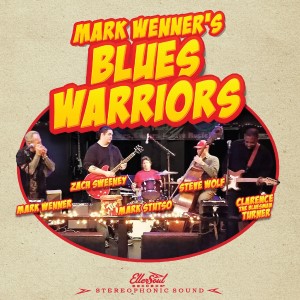 This Is a new solo effort by the founder and leader of The Nighthawks featuring some of the Washington, DC area’s best blues players.  It’s kind of light and swing-y, like a Duke Robillard record, mixing originals alongside blues standards like Dust My Broom and King Bee.  There’s definitely some jump blues mojo in these grooves, and Wenner’s harp work nasties things up just enough to make me a happy camper.  Good stuff for sure, but I’d like it even more if it was… scruffier. All in all, a fine record nonetheless.

KEY CUT:  Just to Be With You 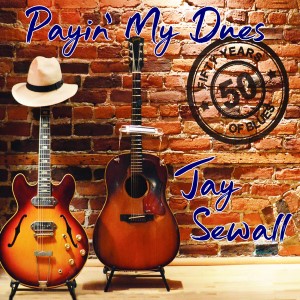 A disc of easy goin’ blues, 8 originals with covers of songs by Dylan, Bo Diddley, Chuck Berry, George Gershwin, and the traditional blues House Of The Rising Sun.  Some really cool, laid back playing here, more uptown.  Jay enjoys singing and playing this music, and getting caught up in that spirit is easy to do.  It’s the kind of thing you’d hear in the local corner pub on a Friday night, and judging by his facebook page he enjoys doing those kinds of gigs. I enjoy more dirt in my blues, but Payin’ My Dues still fits the bill. 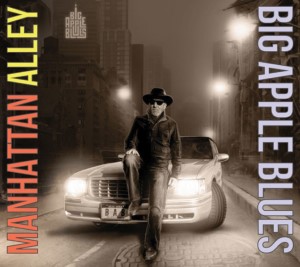 I usually find it hard to get into instrumental albums, but Manhattan Alley is irresistible.  The band follows 2015`s concept album Energy with a disc that celebrates life, creativity and the city that never sleeps, with a nod to Tin Pan Alley, the collection of New York City music publishers and songwriters that dominated popular music in the 20th century.  Recorded old school in a single room, Manhattan Alley captures the spirit of its intentions in breathtaking detail. This disc sounds and feels like New York- it’s a winner.