Home Lori Welbourne On A Brighter Note – The serious side of humour by Lori... 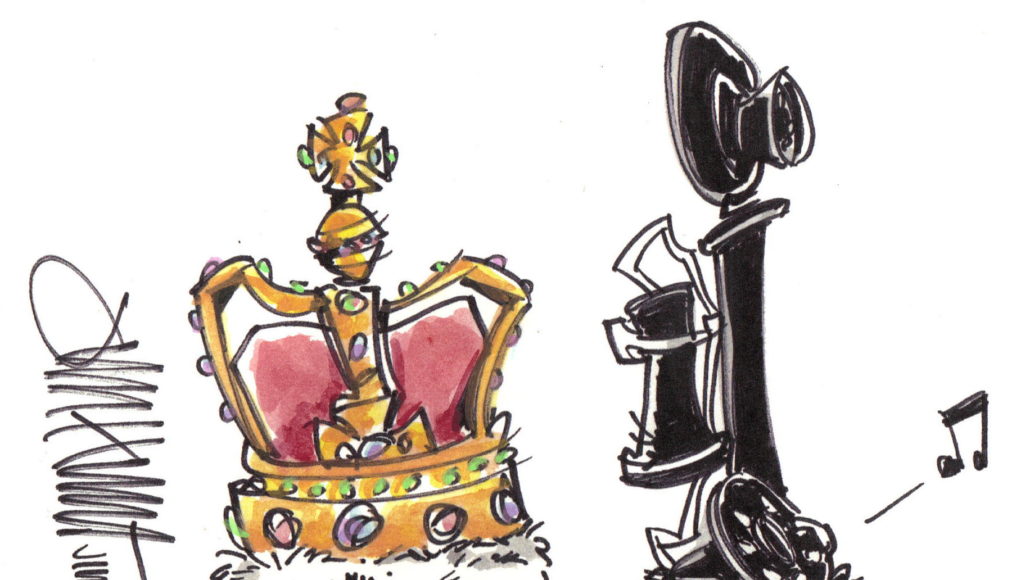 In today’s world, where the internet and social media are such a powerful force, anyone’s life can randomly change by sheer virtue of its astounding influence. The recent story of the royal hoax that led to a tragic suicide illustrates that.

But does blaming the DJ’s behind the prank make any sense? If the internet is a fair barometer, I’m going to guess that roughly half the people reading this will say yes, and half will say no, and there will be a lot of passion behind some of those opinions. I am one of those who would emphatically say no.

The suicide victim was the nurse who answered the phone when a couple of goofy radio hosts called in from Australia. Impersonating Queen Elizabeth and Prince Charles, the duo rang the hospital where Kate Middleton was a patient, and to their surprise they weren’t hung up on. Instead they were transferred to another nurse who answered some of their silly questions about Kate’s “little tummy bug” and when they should visit.

When I first heard the recording I was amused that the pair was able to keep the call going for any length of time given their preposterous performances. The gag seemed harmless and lighthearted despite the initial controversy over impersonating the monarchy and violating their privacy.

Of course, that was before someone died and hate hit the web.

After reading a few days later that the first nurse had killed herself, my heart went out to her and the family she left behind. I hadn’t seen her name published before, and knowing little more than that, I suspected there must have been some deep-seated issues for her to voluntarily end her own life.

When I then read the tremendous outrage and vilification directed at the DJs, as if they were to blame, my heart went out to them as well.

It is not their fault that Jacintha Saldanha made such a devastating and deadly decision. It was her unfortunate choice and there is no way they could have foreseen such a drastic and unhealthy reaction to a stunt that was intended to amuse their local morning show listeners. If they had predicted their prank would result in the appalling outcome that it did, they never would have made that call.

Mel Greig and Michael Christian are now horribly scarred by this tragedy and they have become victims themselves. For all those who condemn them, saying they are the ones that have blood on their hands, please imagine for a moment what would happen if they now chose to commit suicide. Would all the people who publicly bullied and blamed them on social media and in the press be responsible for their death?

“They deserve what they’re getting,” one of my friends said. “Humour at someone else’s expense is completely unacceptable.” I am still trying to think of one comedian, or even one person for that matter, who hasn’t unintentionally hurt or humiliated someone at least once in their lifetime. We’ve all done it. What if the person we hurt made the choice Jacintha did?

Maybe prank calls will be deemed illegal to ensure that nothing like this ever happens again. Perhaps every joke that could possibly be taken the wrong way by someone will also be banned. It’s conceivable we’ll all learn to live in fear of saying, doing or writing something that might drive someone else tragically over the edge.

I doubt that will happen though. We’re not meant to live in a bubble, and as long as we try to refrain from purposely harming others, that’s the best we could ever hope for.