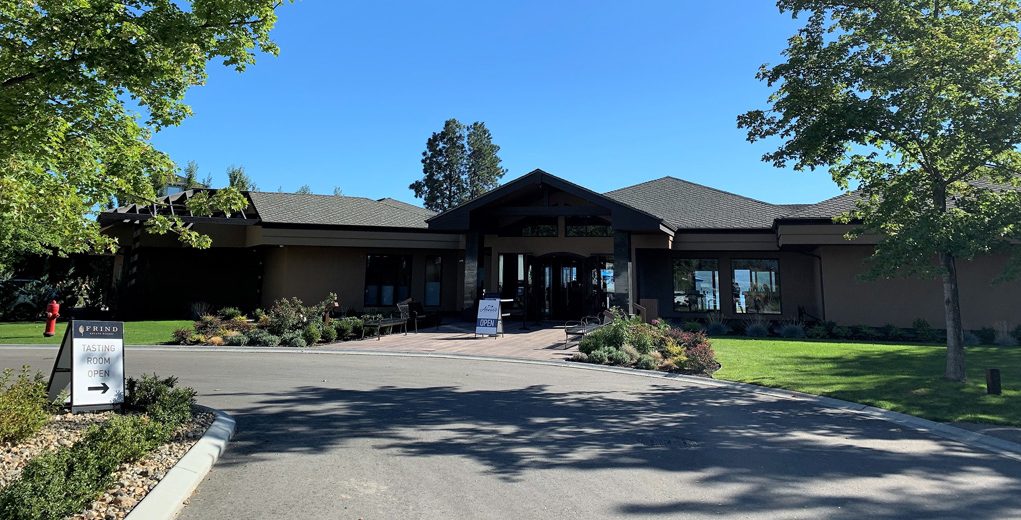 While Markus Frind may have sold his popular online dating site PlentyofFish.com, he hasn’t stopped helping people fall in love. Although this time it’s his BC winery for which folks are falling heads over hills.

Not one to do things halfway, Frind decided to build on his over 500 years of family farming heritage and leverage his acumen for technology. So, he purchased the historic BC Premier Bill Bennett property in West Kelowna and created North America’s first truly beach winery.

Cutting edge technology is used in the winery’s operations and in its winemaking. An exceptional team was recruited including renowned winemaker/viticulturist Eric von Krosigk, a perennial medal winner for his exquisite wines and co-founder of Summerhill Pyramid Winery.

General Manager Ruth Hanbury is beloved in the Okanagan wine industry having fervently worked her way since her arrival to Canada in 2012 from the tasting room of Summerhill Pyramid Winery to its Director of Consumer Sales. Prior to joining Frind, she was President of Liquidity Wines in Okanagan Falls and was instrumental in building its international recognition as a leading boutique winery.

In addition to stewarding the vineyards and adding new vines on his properties, Frind has also shone his light on the lands, hiring such landscaping expertise as my old friend Jeffrey Norgren. The original rose garden is carefully tended and new botanical enhancements are underway.

To check out this fabulous addition to the Westside Wine Trail, I headed there in late September with my friend Katherine McEachnie, an esteemed wine educator, bestselling author and wine judge. From the moment we drove up to the sign and followed the road along the vineyards down to Frind’s lakeside location we were impressed. 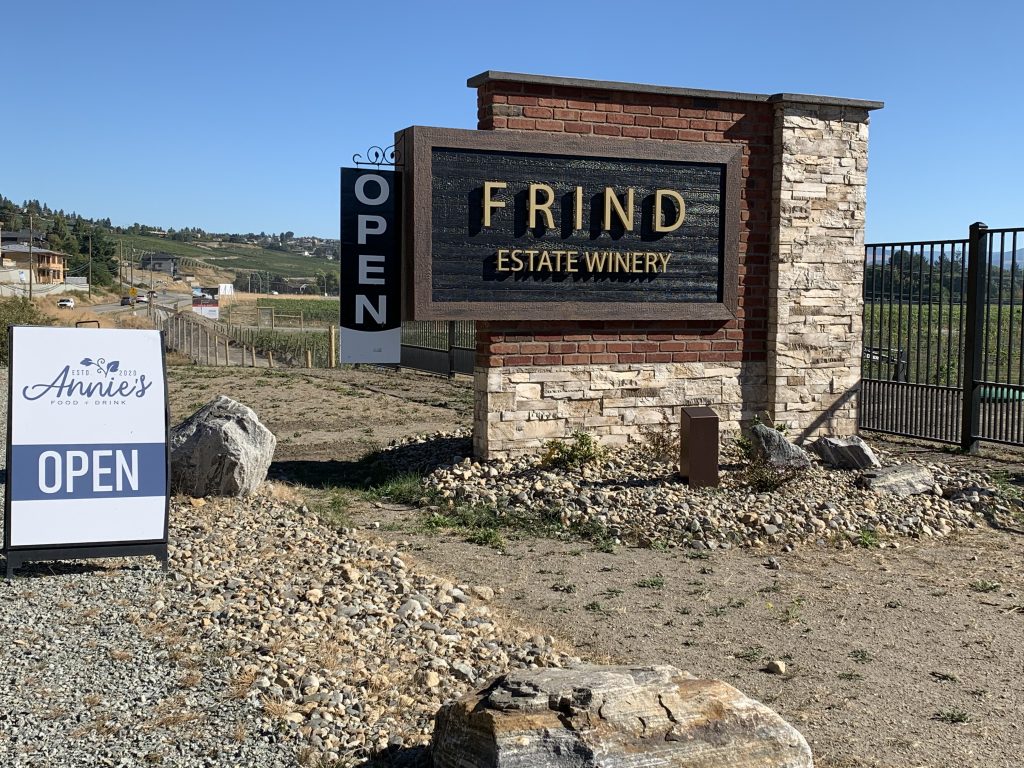 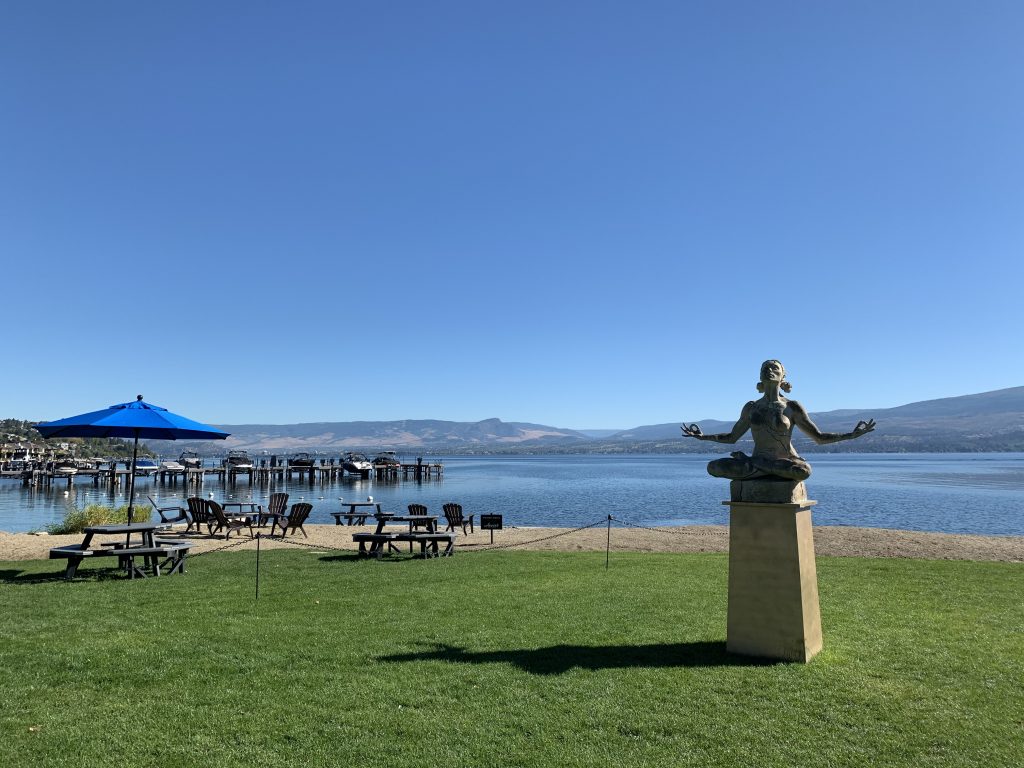 Decorated in warm tones and rich wood features, the tasting room manages to captivate your attention from Okanagan Lake to taste the selection of elegant wines. We did a tour of the facilities checking out the beach, the gardens, Annie’s Beach Café & Lounge and the Premier’s Lounge – a private tasting room which is a tribute to Bennett. Then Ruth led us through the current portfolio, starting with a beautiful Sparkling Brut that had just been released. Neither one of us could resist leaving without a couple of wine purchases. 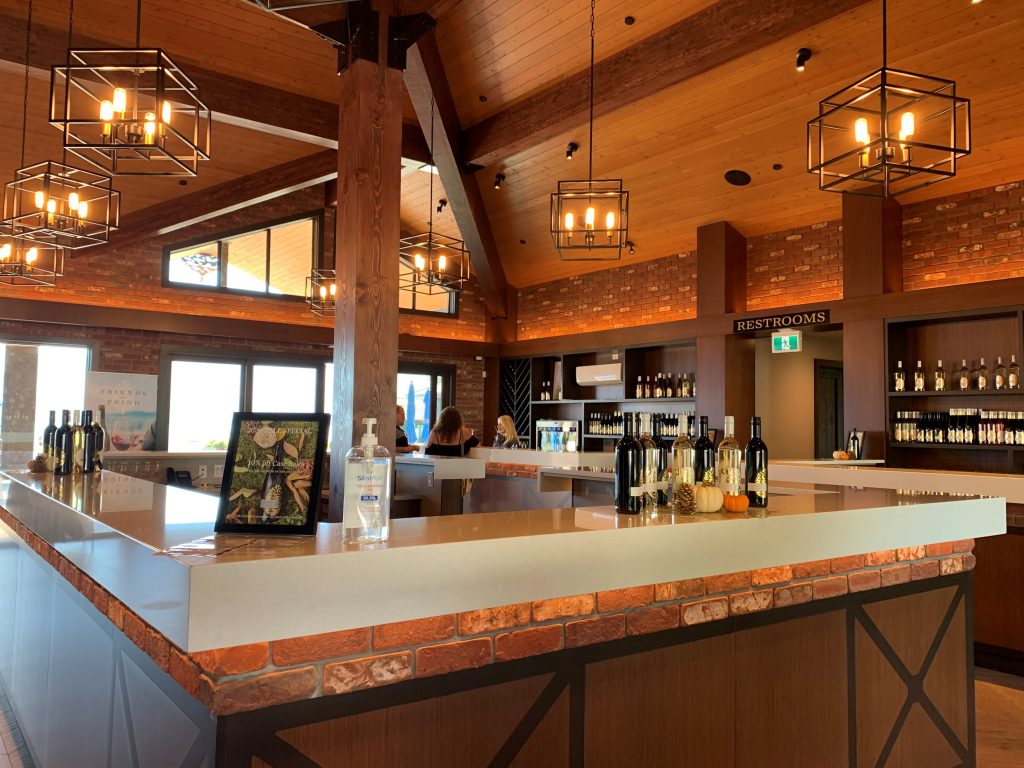 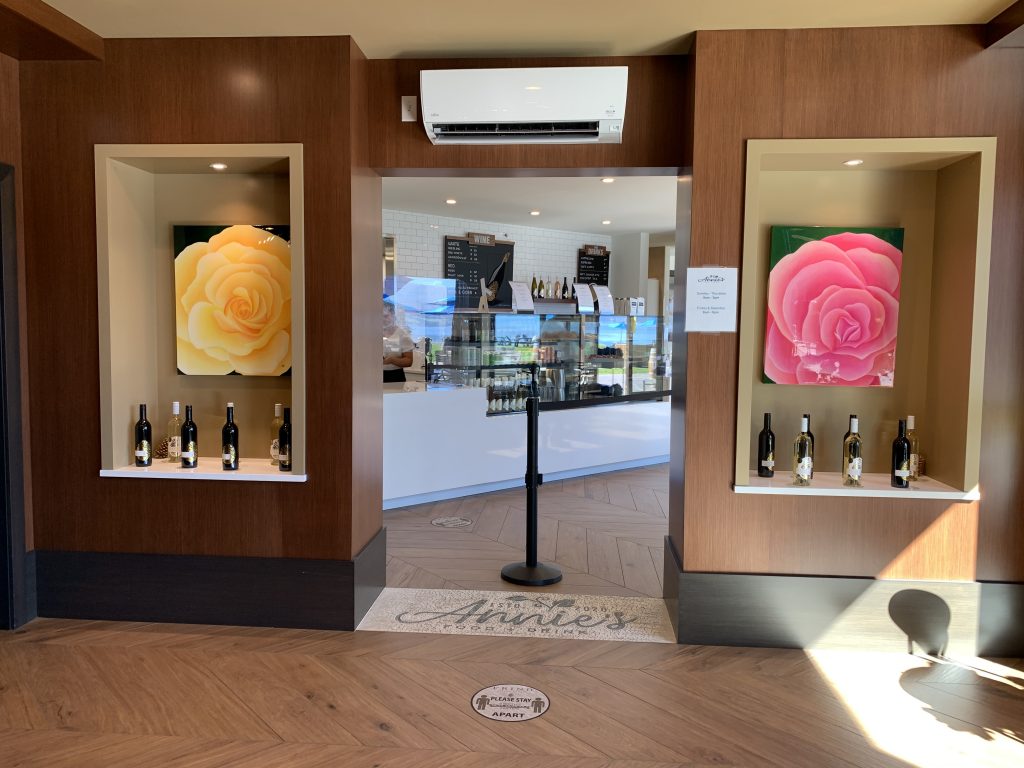 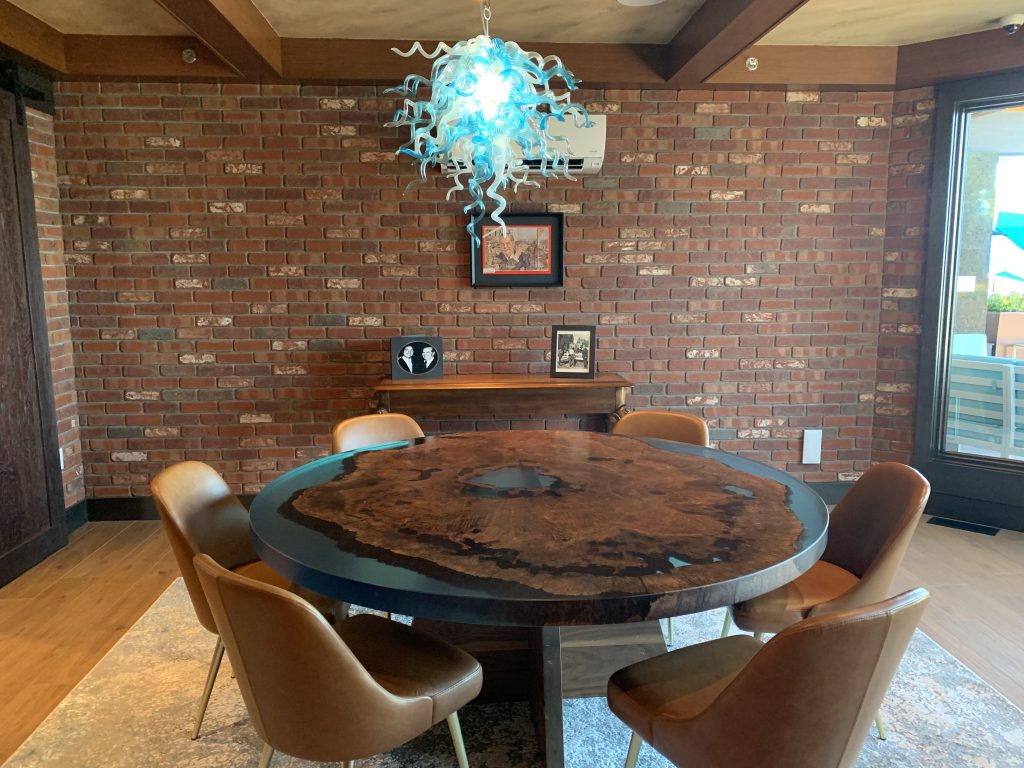 Frind also scooped up talented restaurant veteran Lucia Martin as Hospitality Manager. She saved us a prime patio location to savour lunch and helped guide our menu choices. A full-service bakery, Annie’s Beach Cafe & Lounge offers wine-friendly seasonal food you’ll want to include it in your visit. In that sensuous setting, we sipped on Rosé as we polished every crumb and left with a few bakery items for home. 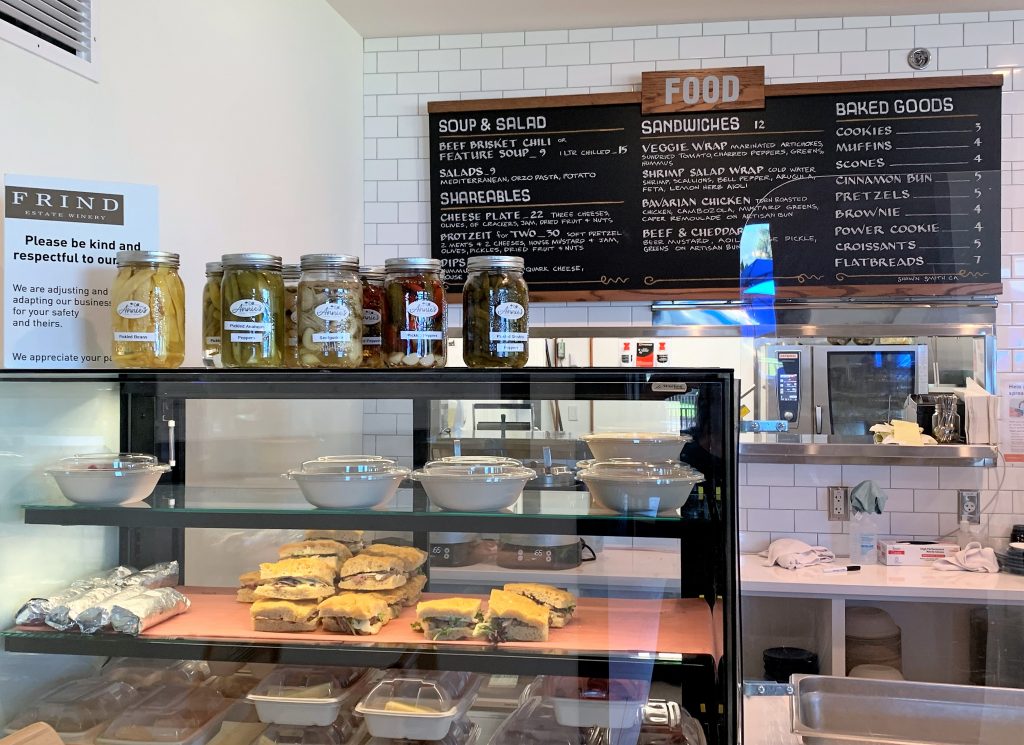 An abstract golden pinecone is featured in Frind’s branding as representation of three aspects meaningful to the founder and his family – science, symbolism and sentiment. Read more about its significance at frindwinery.com under “Our Story”. On the website, shop for the wine and learn how to join the Wine Club.

It is such thoughtfulness about every element of this winery that’ll having you falling in love, too.